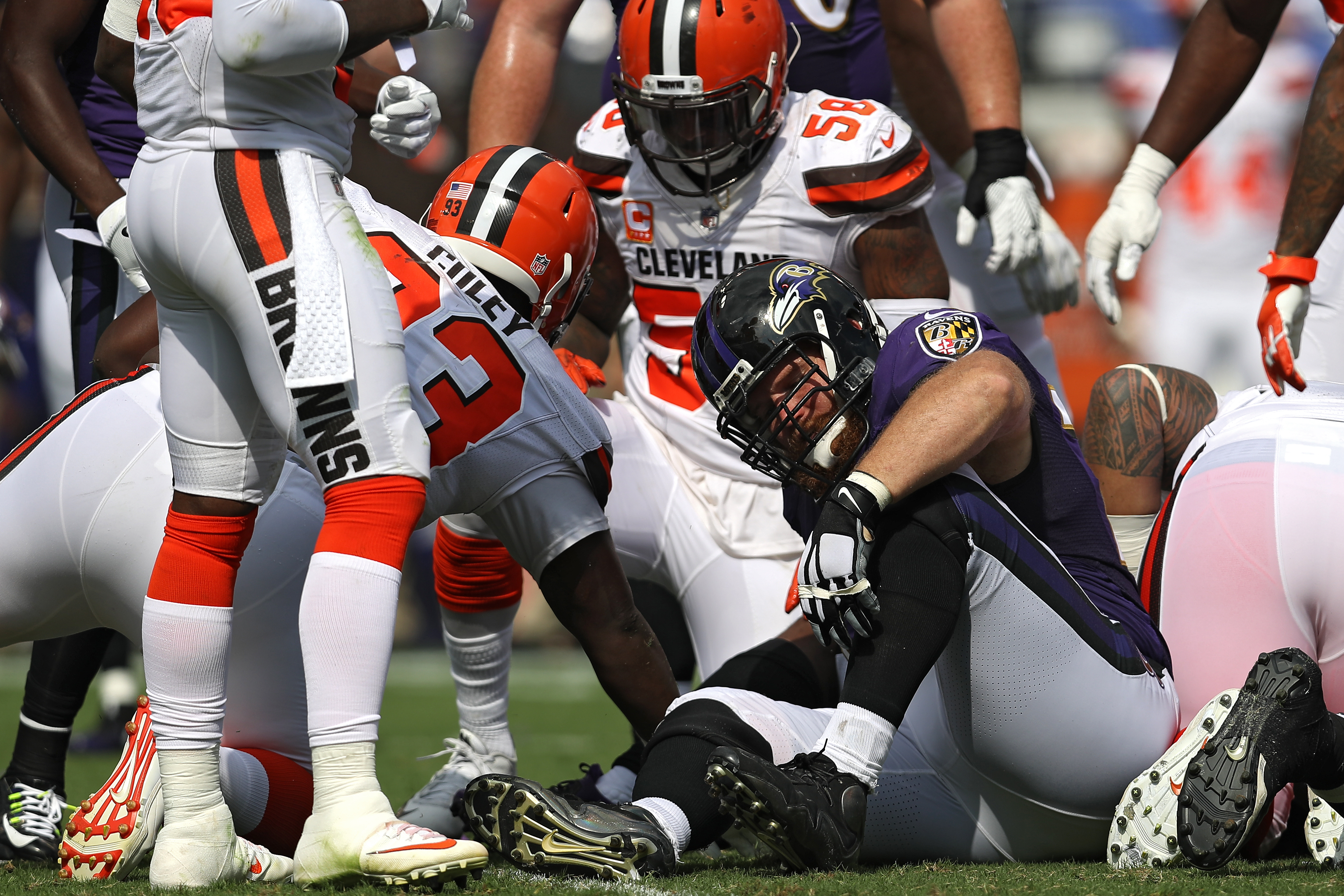 Both Baltimore Ravens offensive lineman Marshal Yanda and linebacker Bam Bradley were lost for the season in Sunday’s contest versus the Cleveland Browns.

BALTIMORE, Md. — During the game, Yanda suffered a season-ending left ankle fracture. The guard is known as one of the toughest players in the game and to see him writhing in pain is not good for the Ravens. To replace Yanda will be Tony Bergstrom, who the Ravens traded for just a little over two weeks ago.

“Nobody can replace Marshal Yanda. Not one person,” coach John Harbaugh said. “We traded for [Bergstrom] for a reason. Our scouts believed in him. It looks like a good trade. Everybody is going to collectively raise their effort level and their execution level to make up for the loss of a player like Marshal Yanda.”

Yanda isn’t replaceable for the simple fact that he is the best at what he does. He graded out in the “elite” category (score of 90.0 or higher) according to Pro Football Focus in five of the last six seasons. Last season, Yanda had a grade of 91.6, ranking the highest out of all guards in the NFL. The graphic below shows how hard it will to replace him in terms of pass blocking:

Among guards, Yanda had the highest pass blocking grade among guards at 99.2 in the NFL. He also hasn’t allowed a sack since the 2015 season against the Cardinals. On the flip side, Bergstrom graded out at 44.7 in 32 snaps.

“There is not a word in the English dictionary that can describe — well, I can’t find one right now — what Marshal is to us,” linebacker Terrell Suggs said. “It hurts.”

Baltimore’s offensive line has been in flux since the season has began. Before the season began, Alex Lewis and rookie Nico Siragusa were lost for the season. Lewis was expected to start at either left guard or right tackle and Siragusa took snaps with the first-team offense during minicamp. Center Jeremy Zuttah was traded to the San Francisco 49ers, cut by them, picked up by Baltimore again and cut. The Ravens also added Austin Howard at right tackle and placed James Hurst at left guard.

“It’s definitely a big hit to the team,” left tackle Ronnie Stanley said. “But we know football has to go on. Marshal would say the same thing. We have to keep pushing forward.”

Bradley was lost for the season with a torn ACL. Bradley made the team after having placed extremely well on special teams during the regular season. Baltimore will most likely add a few players from the practice squad, after placing Yanda and Bradley on the injured reserve.