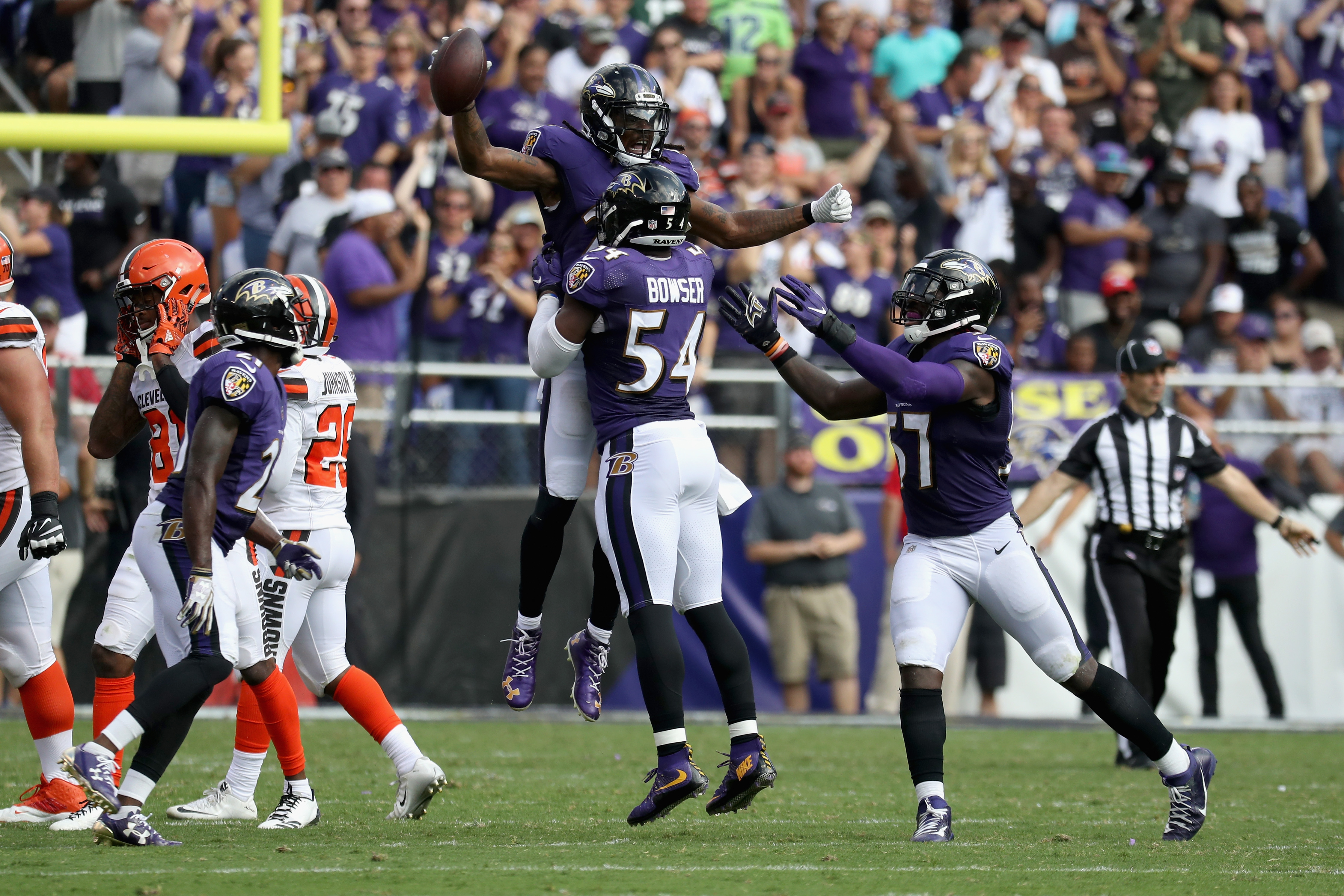 BALTIMORE, Md. — Baltimore’s defense stole the show once again. The Ravens were able to force five turnovers against a Browns offense that played two different quarterbacks. Despite this, many defensive players were not pleased with their performance.

“The thing I like about the mindset of the locker room after the game is the fact that our guys were pretty hacked off about the fact that we didn’t play as error-free as we should have, and we need to,” Ravens head coach John Harbaugh said. “The plus side of that is that our guys really don’t blink. they’re confident that they’ll make a play and make a stop. That’s what you want from a really good defense.”

In two games, Baltimore has forced 10 total turnovers against the Cincinnati Bengals and aforementioned Browns. On Sunday, the Ravens allowed their first points on the season from a Kevin Hogan pass to David Njoku. Baltimore is also the first team since the 1992 Pittsburgh Steelers and the third since the 1970 league merger to record four or more interceptions in it’s first two games.

Ravens linebacker Terrell Suggs had the first turnover of the game, strip sacking starting Browns quarterback DeShone Kizer and Matt Judon jumped on the ball for the recovery. Ravens safety Eric Weddle had the first interception of the day, picking off Kizer when the ball bounced off of running back Duke Johnson’s hands.

“One-handed pick was awesome,” Weddle said. “We had a combo. I was able to read the guys and go make a play. It was a huge play.”

“We still have not played our best football,” Suggs said. “We can be better. We did some things that we don’t do. We are mad at ourselves. A win is a win, but we expect more out of ourselves.”

The defense was able to pick off Kizer three times and Hogan once. Kizer went down with a migraine for a time and Hogan made a few good throws. Due to these throws, Baltimore allowed their first score of the season.

“We made too many mistakes, too many blown coverages, too many big plays as a defense, so we are not happy about the performance we had,” Weddle said. “We let those mistakes creep in, and if we don’t fix them, it’s going to hurt us down the road.”

Baltimore’s leaders on defense are holding the team accountable. This is extremely important with a talented defense that in other organization, may lose their heads in the cloud. Weddle and Suggs won’t have that.