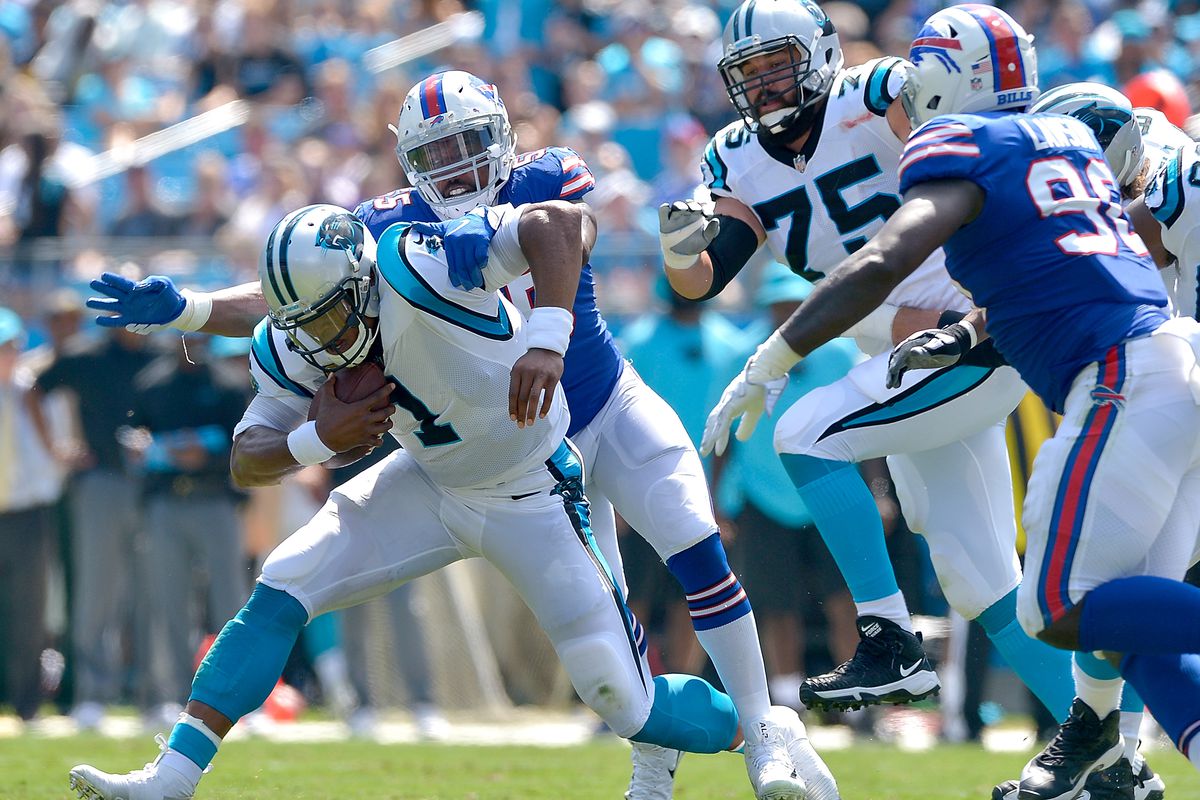 Cam Newton was sacked six times by the Buffalo Bills and suffered an ankle injury. In addition, he was held scoreless. Yet, the Panthers are 2-0.

CHARLOTTE — The Panthers came away victorious against the Buffalo Bills. However, it came with cost losing tight end Greg Olsen to a broken foot injury. Also, their franchise quarterback was banged up as the Bills defense sacked him six times.

“I’m disappointed in myself,” Newton said after defeating the Bills 9-3. “Just the accuracy and just knowing that the expectation I have for myself. Missing lay-ups like that is uncalled for.”

He then added, “I wish I had like two or three balls back. But that’s in every single game. With those balls completed the outcome of the game is potentially different.”

Newton mentioned that the offense “wasn’t stagnant” and this team just has to find ways to score. In addition, he mentioned going against a coaching staff that’s familiar with the Panthers’ playbook made this game even more so challenging. Nevertheless, finding a way to win despite the adversities showed how multi-talented this team is.

“Let’s speak facts,” Newton said. “Anytime you control the ball for that long you’re doing something right. We had key injuries unbeknowing injuries to this day. With two captains with Greg as well as Ryan. Also, we just have to find ways to just put the ball in the last rectangle on the football field.”

Newton continued to reiterate that scoring is key and that responsibility falls on him. In addition, though he’s disappointed in himself. He mentioned that being patient is key.

“I can’t keep having those little mishaps,” Newton said. “Let me check myself. I just have to trust the whole process. Even though we see what’s going on. I see what’s going on and it’s not happening the way I want it to happen. I know in the back of my mind things are going to shake.”

He added, “As we’re going right now things are already shaking the way we want them to. We’re good. I’m good. I’m just knowing what the expectations are for myself.”

“It starts with me as this team’s leader knowing that offensively my job is to put points on the scoreboard. We didn’t have a touchdown today and I’m disappointed at that but we will get better and I know that,” Newton concluded.

Newton finished the night completing 20 of his 32 pass attempts for 228 yards. In addition, he had no touchdowns nor interceptions.