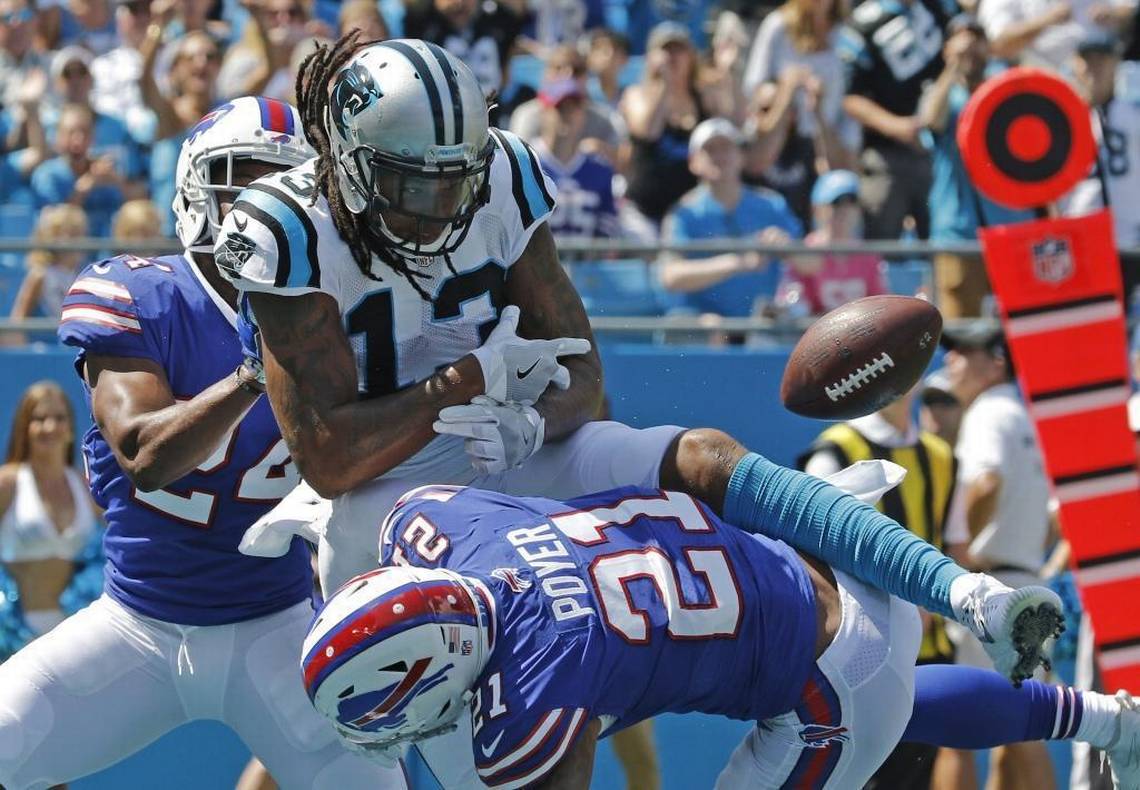 It was a win for the Panthers, but it sure was ugly.

CHARLOTTE N.C. — Despite dominating the Bills in every offensive category, Carolina managed just three field goals. However, the Panthers prevailed to start their season at 2-0 start.

A Tyrod Taylor pass bounced off the hands of rookie wide receiver Zay Jones inside the Carolina 5 on fourth and 11 from the Carolina 33, helping the Panthers survive.

Panthers kicker Graham Gano made field goals of 34, 28 and 20 yards, the last of which gave Carolina a 9-3 lead with 2:38 to play. But the Panthers (2-0) never found the end zone, despite being in the red zone twice.

It’s the seventh time the Panthers have won each of their first two games to start a season. In the previous six seasons they began 2-0, they made the playoffs every year except 2002.

Their soft opening schedule continues next week against the Saints, who will be 0-2 after their Week 2 date with New England. But as the Panthers proved Sunday, nothing’s a gimme in the NFL.

For the first time in Olsen’s career, media instead crowded around for news about his injured foot – news that means he won’t be providing that first-person perspective for the next few weeks.

“Broke my foot. Pretty straightforward. X-ray was pretty conclusive,” Olsen said following the Panthers’ 9-3 victory in their home opener against the Bills. “It’s tough for something like that to just happen. Obviously, it sucks, but I’ve been very lucky in my career to not get injured a lot. This is something that obviously will take a little bit of time, but sometimes that’s just a part the game.”

Greg Olsen talking about processing his foot injury, however thankful he's had an injury free career since 2007#keepPounding pic.twitter.com/NqRFdh0T6a

The injury took place a non-contact play early in the second quarter. Olsen had played in 159 consecutive games which will come to an end.

Cam Newton “I’m Disappointed in myself”

Newton limped off with what appeared to be a left ankle injury late in the third quarter. After being sacked for the sixth time in the afternoon, he spent the Bills’ ensuing drive under a medical tent before returning to lead the Panthers on a 14-play drive that ended with a field goal.

“I’m disappointed in myself,” Newton said, “but happy for the overall team.”

But five and a half months removed from shoulder surgery, Newton isn’t just battling soreness. It’s clear his limited training camp and preseason has his timing out of whack.

“No matter how I was feeling I can’t keep having those little mishaps,” Newton said. “Let me check myself. I just have to trust the whole process. Even though we see what’s going on, I see what’s going on and it’s not happening the way I want it to happen, I know in the back of my mind things are going to get shaking.

“We’re good. I’m good. Just knowing what my expectations are for myself, it starts with me. As this team leader, knowing offensively it’s my job to put points up on the scoreboard. We didn’t have a touchdown today and I’m disappointed in that.”

“Man, it was scary,” Newton admitted when leaving the field. “I didn’t even want to say what I thought happened. When you hear it crunch up, the cartilage that was moving, just knowing when you get the blood back flowing and you start walking on it, you just gain confidence in it.”

Julius Peppers: At age 37, Peppers made six tackles, including two sacks of Bills quarterback Tyrod Taylor that gave him 146 in his 16-year career.

Graham Gano: After being challenged by rookie draft pick Nathan Butker in the preseason, Gano remains perfect on the season after his three makes on Sunday.

Kelvin Benjamin: After only being targeted only twice in the season opener at San Francisco, Kelvin Benjamin caught six passes on eight targets for 77 yards.