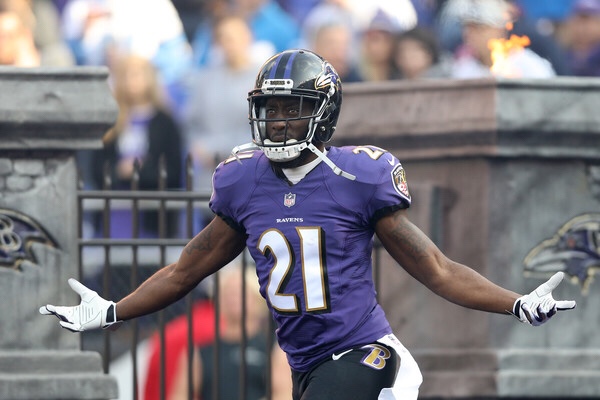 It was quite a run for Baltimore Ravens defensive back Lardarius Webb.

He likely won’t get the recognition of Ravens greats like Ray Lewis, Ed Reed, Terrell Suggs and company, but he still made a significant impact on the team for the past nine years.

The third-round pick out of small Nichols grabbed the hearts of Ravens fans during a stellar rookie season, only to suffer a heart-breaking ACL tear towards the end of it. Webb epitomized what it truly means to be a Baltimore Raven.

He plays bigger than his measurables, astoundingly tough, as fearless as they come, and a classy leader off the field.As lower body injuries steadily sapped the explosion that made him such an intriguing young player, he continually grew as one of the team’s top leaders in the locker room. Most veterans would not take a benching or position switch lightly. But Webb is of a different breed. He is the definition of a team player and took his reduced snaps in stride this past season.

That is where Webb’s value would lag for the Ravens since 2009. As long as his body was able, he was willing to do whatever was in the team’s best interest. In a way, Webb leaves the Ravens as an unsung hero in the mold of a Jarett Johnson. He probably won’t be one of the first names brought up in Ravens folklore, but he certainly was a key component of the engine that is the Baltimore Ravens during his tenure.

The scrappy defensive back finishes his Ravens career with 400 tackles, 5 sacks (it was a thing of beauty seeing him blitz the quarterback from the nickel position), 91 passes defended and 15 interceptions.

The Ravens will now look towards younger players like Jaylen Hill and Maurice Canady to fill Webb’s former role as the nickel cornerback. Teams may be wary of signing the 32-year-old cornerback who’s lost a step with injury history. However, if they were to sign him, they will be getting a versatile defender and an unselfish presence in the locker room.

The NFL is a young man’s game, but if Webb’s latest tweet gives any indication, he still believes he is capable of performing at a high level.