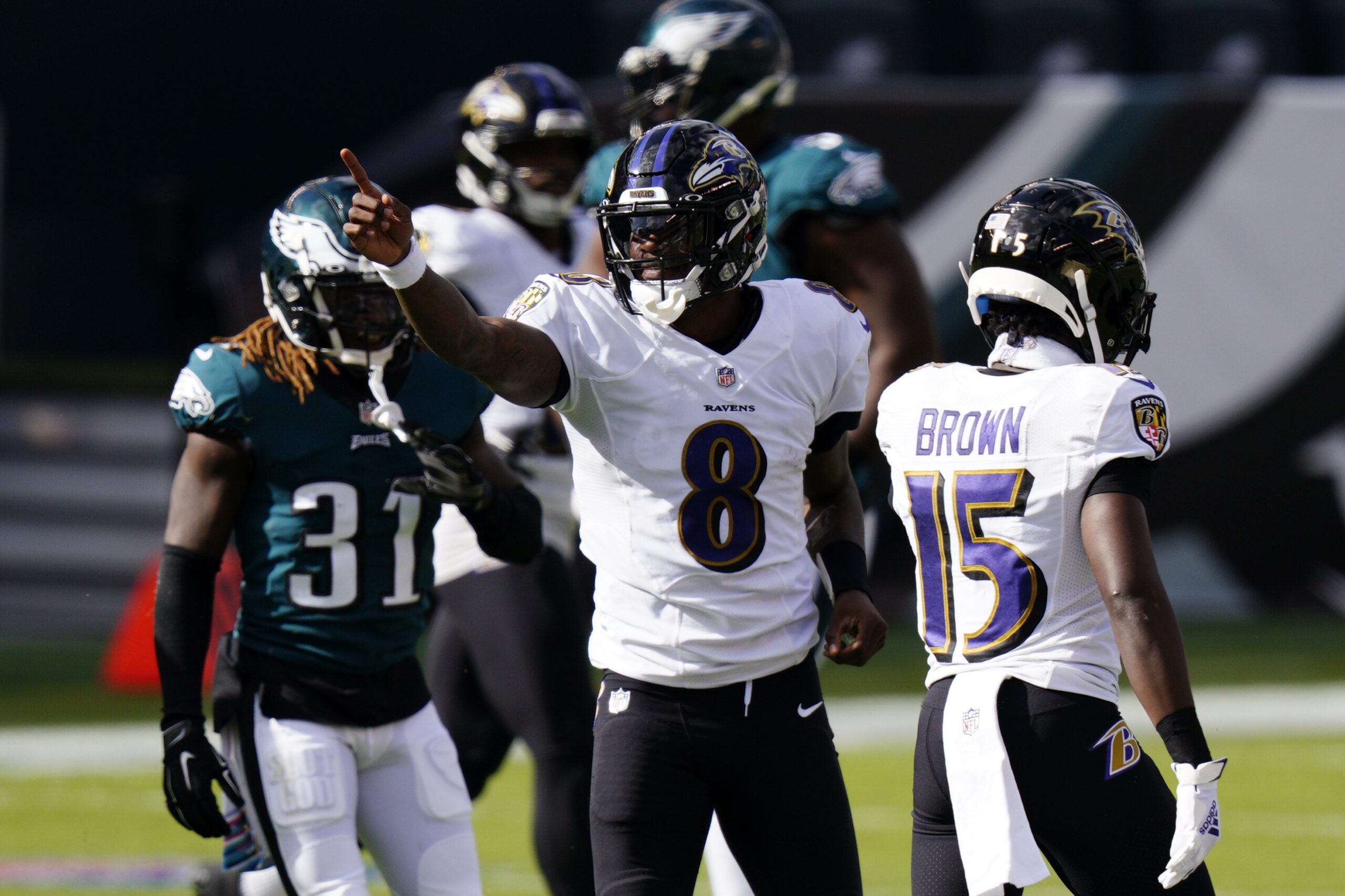 There is no such thing as an easy win in the National Football League. Regardless of the record a team has, anyone can lose on Sunday. Entering this game, the Baltimore Ravens might have thought beating the struggling Philadelphia Eagles would be a fairly easy task.

However, after a late-game surge by the Eagles, I’m certain the Ravens came to the conclusion that no team should be underestimated.

To start, it’s essential that I discuss just how menacing the Ravens’ defense was on Sunday. Baltimore’s defensive line is one of the best in the NFL, and it showed against Philly.

Furthermore, after witnessing the Ravens defensive front humiliate the Eagles O-Line in the first half; CBS Analyst Boomer Esiason stated “If I were the QB of the Philadelphia Eagles, I’d be taking out life insurance.” That’s a fair recommendation to make after watching Wentz take an abnormal amount of punishment.

Baltimore’s DE Calais Campbell, made his contribution to the onslaught against Wentz, recording 3 sacks. Campbell made his case for the best player on the Ravens’ defense in this contest.

As good as the Ravens’ defense played, it’s rational to say they allowed the Eagles to get back into this game. The Ravens displayed a lethargic disposition in the 2nd half, allowing the Eagles to score 28 points in what turned out to be a late-game surge.

At one point in the game, the Ravens were up 30-14 with 7:12 mins left in regulation. Baltimore allowed Philly to score 14 straight points, giving them the opportunity to tie the game.

Baltimore has to become more devoted to play for 60 minutes. The ending of this game should serve as a reminder of that for them moving forward.

The Ravens’ RB committee is still struggling to produce. They were only able to accumulate 74 yards on a combined 28 carries. Baltimore has to find a way to get more out of their RBs, if they aspire to contend with the more elite teams in the NFL this season.

Lamar Jackson is one of the most elusive QBs this league has ever seen, and that evasiveness was on full display with his TD pass to TE Nick Boyle in the 1st quarter. That play further illustrated Jackson’s ingenious ability to extend plays, turning potentially negative outcomes into positive yards.

In contrast, this skillset has proven to deceive Jackson at times. Case in point, with 8:52 left in the 3rd quarter, Jackson took an unnecessary sack on 3rd & 9 in an attempt to extend the play. As a result, the Ravens were pushed out of field goal range. Jackson is a special talent, however he has to limit those type of mistakes.

Outside of that, Jackson had a decent game completing 16 of 27 passes for 186 yards, combined with 108 rushing yards and 2 TDs. As the stat shows, Jackson had Philly’s defense chasing him all afternoon.

Going into week 7, the Ravens will have their bye week. This affords them the opportunity to fully prepare for their division game against the Pittsburgh Steelers at home. It’s imperative that the Ravens’ win this game against the Steelers in aspirations of controlling the AFC North.

Presently, the Steelers are in first place of the division, being one of three remaining unbeaten teams.

With the Steelers easily defeating the Browns on Sunday, the Ravens will probably have to win out their division in order to secure the division title.