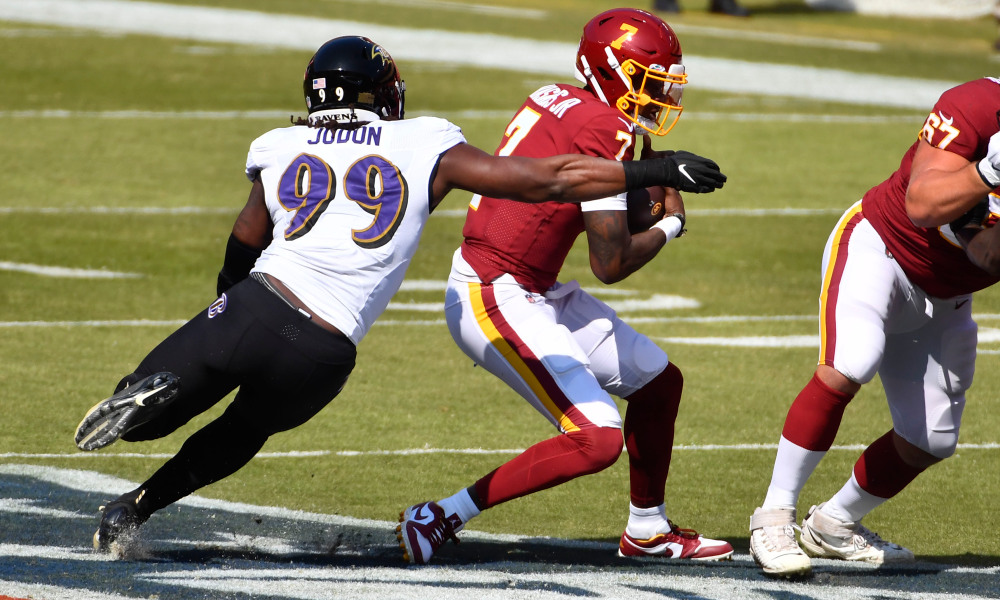 When a high caliber team suffers an embarrassing loss, typically how they respond is heavily observed in their next contest. After last week’s disappointing showing against the Kansas City Chiefs, it looked as if the Ravens were starting to lose some confidence, appearing to have been mentally defeated. Referring to an opponent as your “kryptonite” can create such perceptions. Losing to an elite team can have that effect on you, especially when you previously classified yourself in the same category as your opponent.

The Baltimore Ravens didn’t allow the effects of their last game to linger over for too long, in fact they looked like the team who started the season off (2-0). The Ravens went down the highway to FedEx Field Sunday afternoon for their game against the Washington Football Team. The Ravens got out to a 21-7 lead and were in control of the game since then.

Ravens’ QB Lamar Jackson had a solid performance, both passing and rushing. Jackson completed 14 of 21 passes for 193 yards, rushed for 53 yards, scoring a total of three touchdowns. Again, solid performance however Jackson still struggles in some moments with his accuracy and decision making.

For example, Jackson threw an interception on a route to WR Miles Boykin, who was completely covered by Washington’s CB Kyle Fuller. That play resulted in Fuller recording the INT. Jackson must limit those mistakes moving forward.

Ravens’ head coach John Harbaugh displayed his unwavering confidence in his team, calling a fake punt on 4&9 near the end of the 2nd quarter. That decision turned out to be a pivotal moment for the Ravens, with the ensuing drive concluding with a TD pass from Jackson to TE Mark Andrews.

Interestingly enough, Washington’s offense was able to generate an impressive amount of yards, however they just were unable to score TDs.

However Dwayne Haskins Jr. being asked to throw 45 times is not good, especially for a first year starter. Haskins Jr. offensive line isn’t the best either, with the Ravens being able to sack Haskins Jr. three times.

The combination of asking Haskins Jr. to throw multiple times, while not being able to adequately protect him, will not be cohesive in Haskins Jr. development as a QB.

In contrast, Washington WR Terry McLaurin had an outstanding game, recording 10 catches for 118 yards. McLaurin seems to get open at will regardless of who is covering him, Washington has gotten amazing production out of McLaurin since drafting him.

Baltimore’s running game has been quiet their past two games. Mark Ingram II, Gus Edwards and rookie J.K Dobbins had a combined 88 total rushing yards. That performance proved to be enough against Washington; however Baltimore is going to need more production from their RBs, if they expect to compete against some of the more talented teams in the NFL.

The Ravens’ next few games are crucial, as they will have direct implications on their placement in the AFC North division. They face the Cincinnati Bengals, Philadelphia Eagles and Pittsburgh Steelers. That’s two division games in three weeks. The Ravens can gain control of the AFC North if they win out.

Going into week 5, the Ravens will host the Cincinnati Bengals next Sunday. This game will be played at M&T Bank Stadium at 1:00 p.m. E.T.