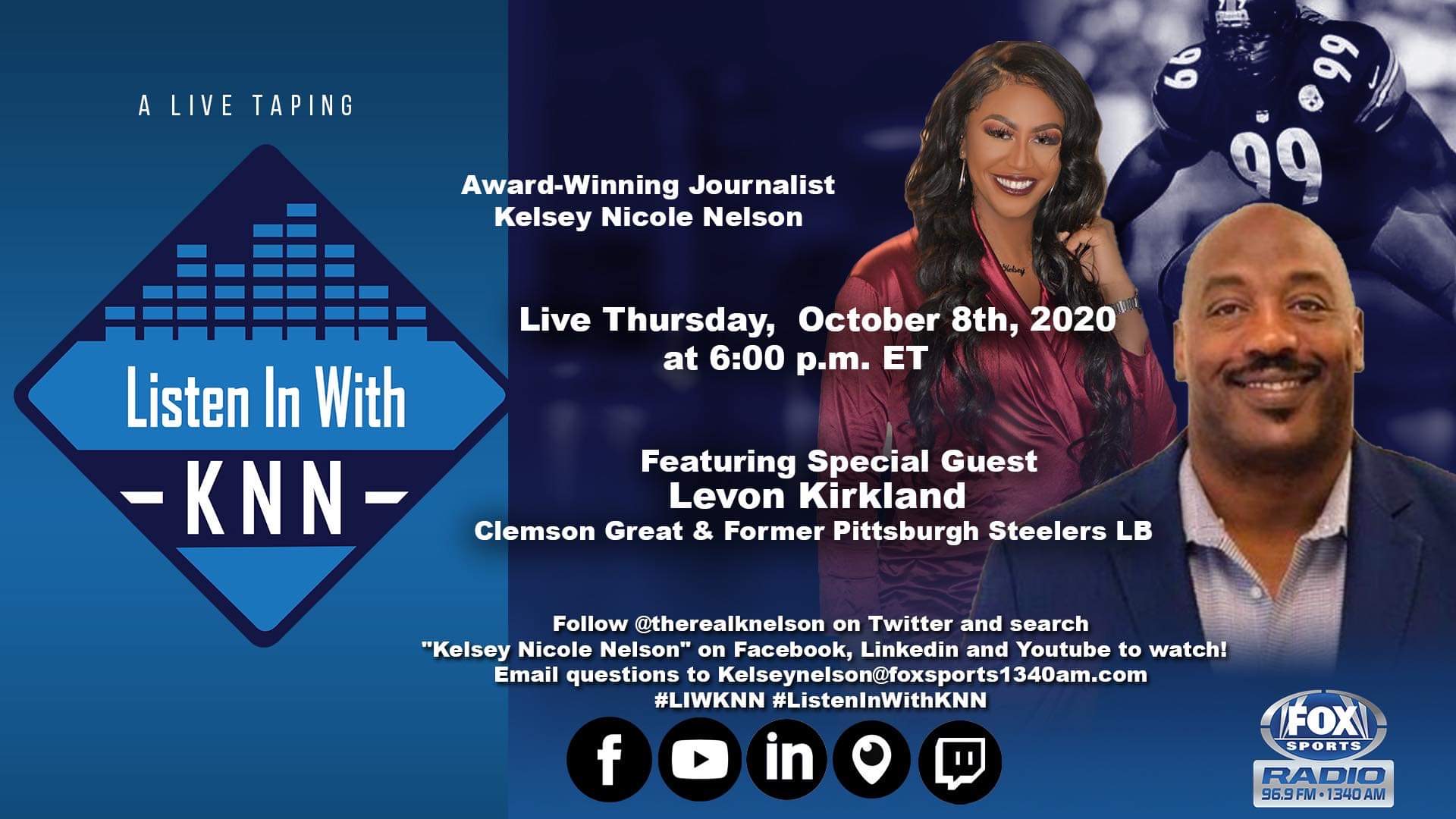 On the latest episode of Listen In With KNN on Fox Sports 1340AM, host Kelsey Nicole Nelson welcomed former Pittsburgh Steelers linebacker Levon Kirkland to the show.

Speaking of his journey, he grew up in Lamar, South Carolina as the second youngest in his family to his parents, who were sharecroppers. Kirkland attended Clemson University to play college football and noticed that there were not a lot of mentors that played collegiate football or in the NFL that came from his hometown.

“I had great parents and a great support system. As I went through my college career, it was more of a survival for me as you’re scratching and clawing the whole time. When you go to the NFL, there were really not a lot of programs to help you out,” he said. “A lot of times as an athlete, everything is taken care of for you.”

After his college career ended, the six foot one, 275 pound linebacker was selected by the Pittsburgh Steelers with the 38th pick in the 1992 NFL Draft. During his Steelers career, Kirkland was a member of the NFL 1990s All-Decade Team and was a two-time All-Pro player. He played under head coach Bill Cowher and defensive coordinator Dick LeBeau. Additionally, he played with great defensive players in Rod Woodson, Gregg Lloyd, Kevin Greene and Chad Brown. As a result, Kirkland enjoyed his nine year career in Pittsburgh.

“Everything starts from the top and we had great ownership. When I went there, Coach Cowher really did a great job of gathering everybody together. Being a linebacker for the Pittsburgh Steelers, you gotta bring it. We took ownership of the team. To the fanbase, it’s all about the defense,” he said.

One of Kirkland’s best friends, Earl Holmes gave him the opportunity to be the defensive coordinator and linebackers coach at Florida A&M University. He found out that the student athletes from HBCU’s, despite their lack of resources, were more ready and prepared for the world than at predominantly white institutions.

Throughout his football career, he was always thinking about young athletes as they looked up to him as a leader.

“I always wanted to do something that I can give knowledge, experience and be there for the athletes. I always feel like your gifts are more than about yourself, your gifts are giving to other people. It’s my duty in life to give back and I was a student athlete trying to do it by myself. We all need support.”