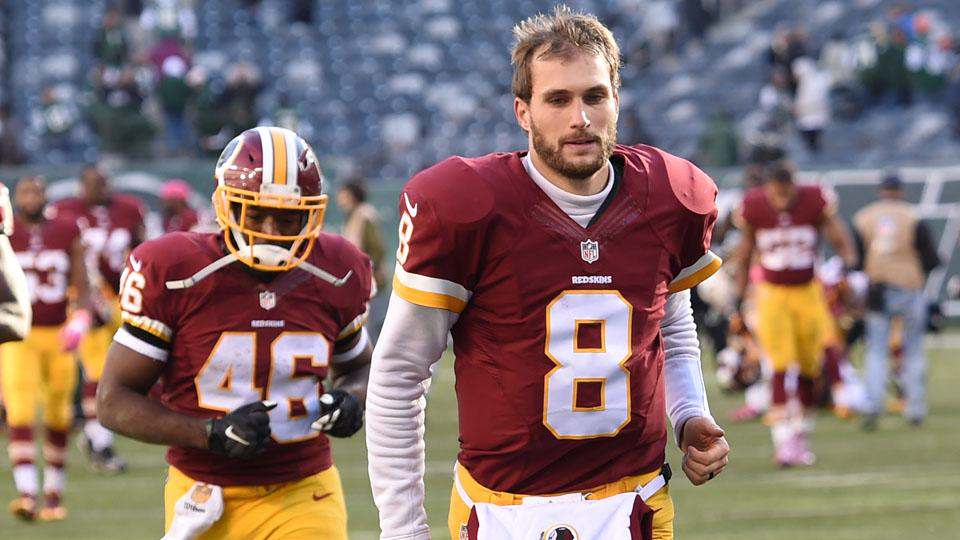 This year it was simple for the Washington Redskins. Defeat the New York Giants and essentially you’re in the playoffs. The outcome would not matter for the Giants. However, it was a priority for them to start most of their players to gain momentum going into the postseason.
Led by Kirk Cousins, the Redskins had one job. Win. Unfortunately, that task was a little too big for this football team leaving many questions about their future as they “exited stage left” into the offseason after being defeated 19-10 by the New York Giants. 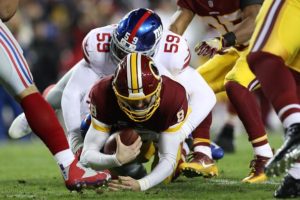 What went wrong and did anything go right?

For the Giants, it was important for them to actually make a statement going into the playoffs. Not to prove things to other clubs because they’ve done that by beating the Dallas Cowboys twice. However, establishing a run game, and allowing Eli to get into playoff form, this game against the Redskins provided an opportunity for all of those things to happen. Many speculated they would rest many of their players, despite the fact that was never the rhetoric coming from New York.
They held Eli Manning and his offense to 10 points through three quarters. Manning finished the night, completing 17 passes out of 27 attempts for 180 yards. This defense gave their offense every opportunity possible to win this game. In the first three quarters, the offense could only come up with a field goal. Cousins would finish 22-for-35 for 287 yards and two interceptions. Granted he had one touchdown, but in a must-win game, it was a lackluster performance by the offense.

Even the rushing game couldn’t get going. New York contained them. When it was all over, the Redskins had 15 carries had a measly 38 yards. The moans and groans could be heard throughout Fed-Ex Field. As yet again, this football club continues to give their fan base hope to only disappoint them one more time. Now many questions are swirling about. How does this franchise move forward as the NFC East is becoming even more competitive as time goes on?

What’s next for Washington?

In the short term, missing the playoffs and kicking themselves because unlike other teams in Week 17 they had a legit shot. Afterwards, a few decisions must be made in regards to the offense. Many are speculating that this was Desean Jackson’s last game in a Redskins jersey. In addition to that, do you build your franchise around Cousins? After the game, head coach Jay Gruden spoke about that:

“I think he belongs in the NFL as a starting quarterback, that’s for sure, and hopefully it’s here.”

The Redskins went from divisional champions to not making the playoffs. That being said, Gruden didn’t meet the high expectations and that is causing people to question if he’s the right guy.

With so many possibilities, Washington will have a long offseason to think about their future. Cousins, when it counted, did not show up in the biggest game of the season. Gruden obviously didn’t have his team prepared for this embarrassing loss to the New York Giants. At the same time, Washington want this to be their lowest point and not continue to slide backward next season.