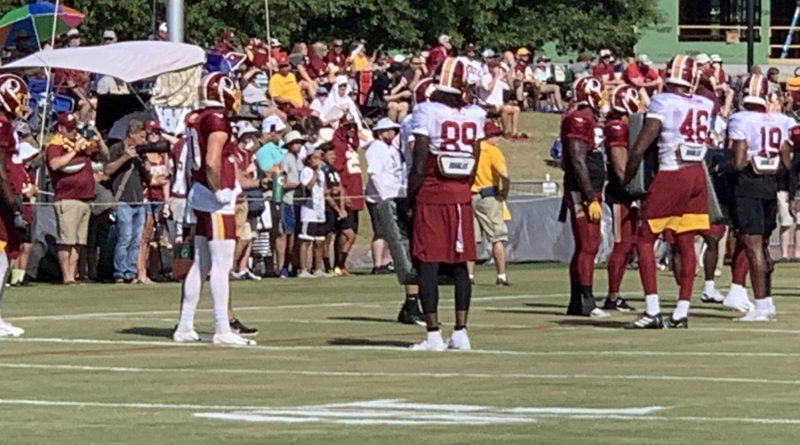 After the day off yesterday, the intensity of practice definitely picked up today. That, coupled with the strong day the offense had on Sunday, led to the defense coming out stronger. With all of those factors we saw our first two fights or extra-curricular pushing and shoving today. In the first altercation, Tyler Catalina and Jo Jo Wicker got tied up after a play. Both players kept pushing and there were punches thrown. While being separated, Tim Settle came running in and knocked everyone down. That led to more pushing and shoving. In the second incident, Montae Nicholson finished a play with Jeremey Sprinkle where Nicholson stood over Sprinkle. Sprinkle took exception to that and got up and took Nicholson down. When asked about the fights after practice Brandon Scherff said “that is football, it happens.” No one appeared injured afterwards.

Today looked more like the opening day of camp with the defense playing solid. All levels of the defense was playing well today. Linebacker Cole Holcomb was a star today and got some run with the first team. Holcomb is everywhere on the field and his closing speed is impressive. Another star today was Ryan Anderson. Anderson has been starting opposite of Ryan Kerrigan all camp, known for his solid run defense, has added a consistent pass rush as well. A rotation of Kerrigan, Anderson, and Sweat should be solid for the defense this year.

Kicker Dustin Hopkins was a reliable option last season for the Redskins. At the end of practice the offense worked on two minute drill. Colt McCoy led the first team offense to the 33 yard line and Hopkins missed his field goal short. Case Keenum led a drive that finished with a touchdown pass to Steven Sims but Hopkins kicked another field goal from the 35 yard line that was good. After Haskins had his drive ended twice by interceptions, Hopkins lined up for field goals at the 30 yard line, where he hit the right upright, then the left upright, then made the last one. There is no other kicker in camp but I don’t believe the Redskins are too concerned at this point.

To sure up the offensive line the Redskins signed Offensive Tackle Donald Penn today to a one year deal. Penn, entering his 13th season, is a three time pro bowler with the Tampa Bay Buccaneers and Oakland Raiders. Although Geron Christian participated in drills and look solid, the Redskins still needed a veteran tackle because Trent Williams looks out for the foreseeable future. Penn’s addition should go a long way to securing the offensive line. 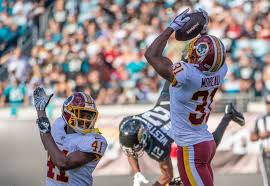 Redskins win a defensive struggle against the Jags 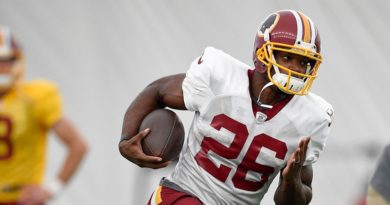 The Most Competitive Roster for the Washington Redskins Week 4 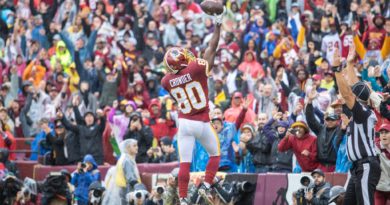 Five Free Agents the Redskins Must Decide On