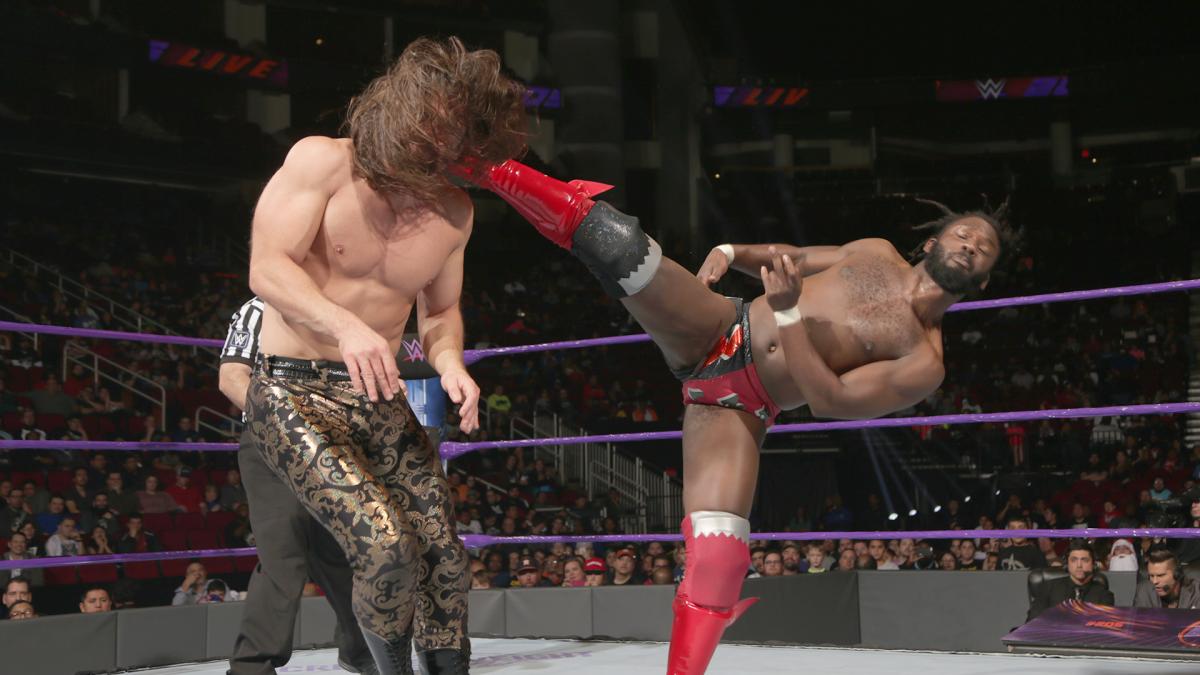 Last night the second episode of WWE 205 Live, took place with the main focus on the rematch of WWE Cruiserweight Championship The Brian Kendrick as he battled “The Outlandish” Rich Swann. Cedric Alexander was looking to continue his hot momentum coming into this week but he had a tough test against Noam Dar this was a high flying battle. Both competitors had a history with each other as they teamed up as a team in the Cruiserweight Classic as they lost to Johnny Gargano and Tommaso Ciampa. The Scottish Supernova’s Noam Dor strategy was resilient with his aggressive attack as he tossed Alexander into the ring post before he hit a Shining Wizard for the win. These two have had a history with each “The Extraordinary Gentleman” Jack Gallagher get the win on Ariya Daivari this past RAW. Ariya Daivari made sure that he would not get embarrassed this week on 205 Live. Daivari targeted Gallagher’s injured knee throughout the entire match he rammed his leg around the ring post multiple times. Daivari continued to work on Gallagher’s injured knee with his various submission holds. Daivari picked up an impressive statement win over Jack Gallagher with a Frog Splash. The Brian Kendrick against Rich Swann

TJ Perkins came on commentary to get a better look at the Cruiserweight title picture. Nobody right can argue that the hottest Cruiserweight in a deep division has been “The Outlandish” Rich Swann. Rich Swann reached the top of the mountain last week when he defeated The Brian Kendrick for the WWE Cruiserweight Championship. However, Swann did not have that much time to celebrate because he had to defend his title a week later in a rematch.

This rematch lived up to the hype and it was even better than the first encounter. The Brian Kendrick the former champion was hell bent on regaining the WWE Cruiserweight Championship he locked in The Captain’s Hook multiple times, but Swann was constantly able to fight out and he grabbed the ropes in order to break the hold.