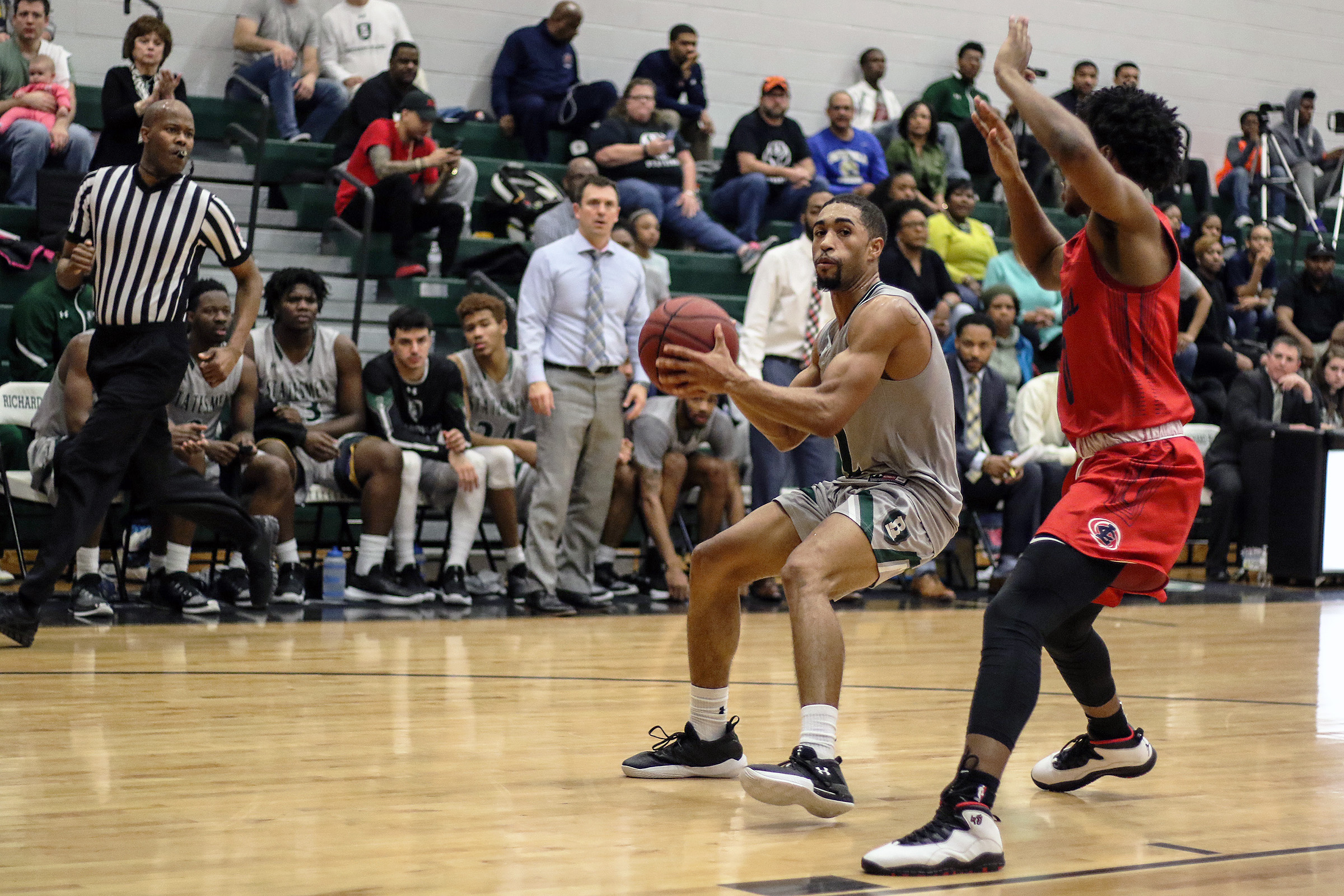 Richard Bland took an early 12-3 advantage at 13:16 after a layup by Patterson that followed four points each from Smith and Southerland, along with a pair of free throws by sophomore Ricky Hicks/Bronx, New York. The lead was 26-10 at 7:48 after two free throws from Southerland, and it was 36-18 at 4:19 following a layup by freshman Tyrell Mendenhall/Newberry, South Carolina. A three-point field goal from sophomore Tim Bing Jr./Suitland, Maryland made it 41-23 at 1:30, and the Statesmen led 41-26 at the intermission.

Smith led Richard Bland with his game-high 21 points, adding eight rebounds. Henry finished with his 14 points, adding six rebounds, as well. Taylor, Patterson, and Southerland each had 10 points, with Patterson adding a game-high 10 rebounds for his third double-double, and Taylor grabbed eight rebounds. Jones contributed nine points and five assists, and Hicks had eight points and four assists. Bing added five assists along with three points. Richard Bland shot 46% (34-74) from the field, including 32% (11-37) on three-pointers, and 85% (17-20) at the free throw line.

Richard Bland and Lenoir were playing for the 13th time in the sport of men’s basketball, and the Statesmen have never lost to the Lancers, now leading the series 13-0.

Richard Bland will play on the road at Region 10 member Bryant & Stratton College on Wednesday, January 31, at 7:30 p.m. The contest will be played at Maury High School in Norfolk.