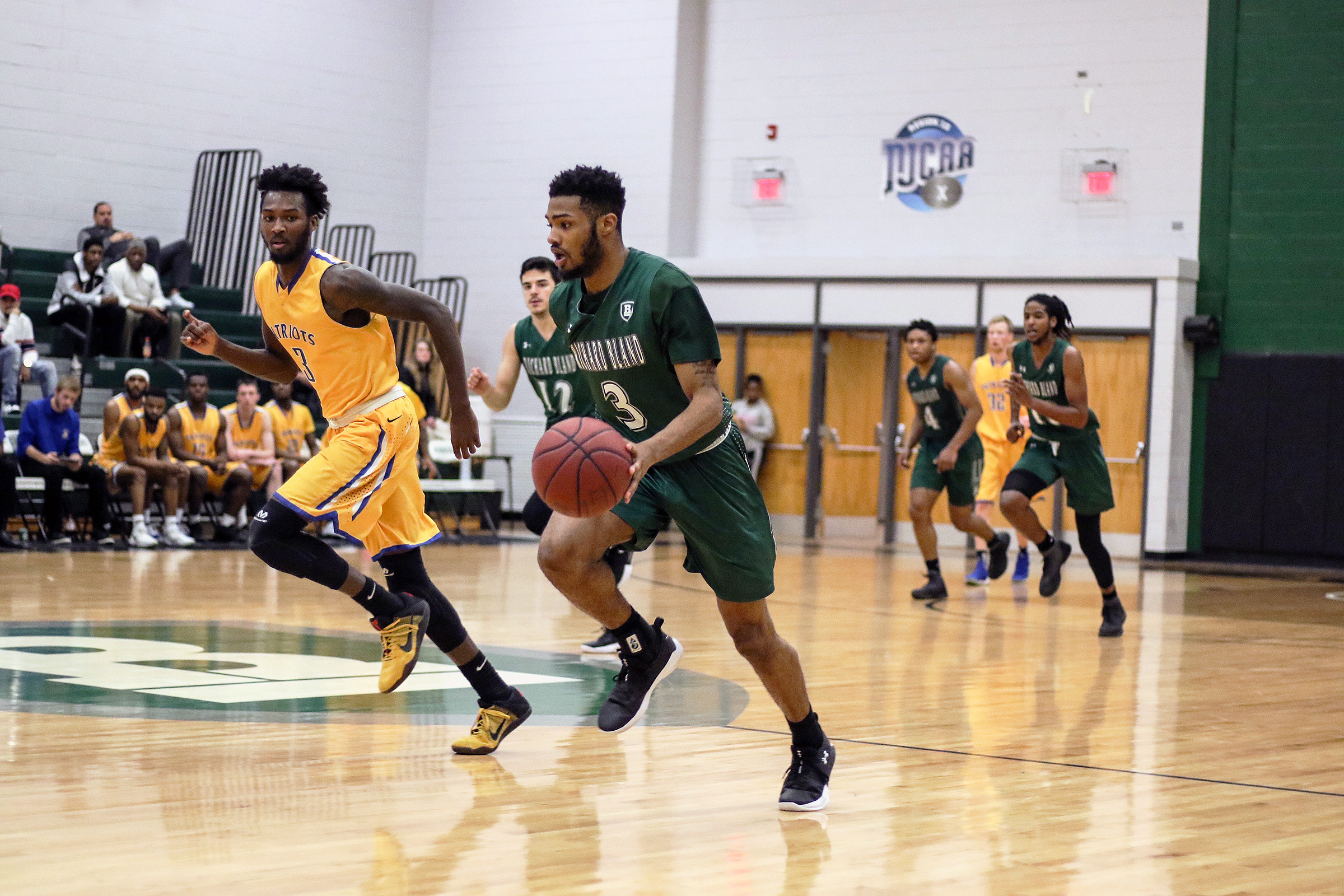 Richard Bland trailed early at 7-3 just 3:40 into the game and was behind 14-8 at 14:08 following a three-point field goal. The Statesmen battled back with a quick 10-2 run to lead 18-16 at 9:30, getting a three-pointer from Taylor to start the run, and a three-pointer from redshirt-freshman Miodrag Dronjak/Kladovo, Serbia to end it. The advantage was five for the hosts at 28-23 after back-to-back slam dunk by freshman Kenny Southerland/Richmond at 5:24, both assisted by sophomore Tim Bing Jr./Suitland, Maryland. The Titans scored eight unanswered points to lead 31-28 at 3:48, but Richard Bland responded with 11-straight points to lead 39-31 at 2:02. Taylor had the first eight points, including a dunk, while Bing closed with a three-pointer. Guilford Tech, though, scored the final eight points of the half to tie the contest at 39-39 at the intermission.

Smith led Richard Bland with his team-high 17 points, adding seven rebounds and five assists. Taylor finished with his 15 points, adding seven rebounds, as well. Patterson had 14 points and a game-high 10 rebounds for his second double-double, while Southerland had 13 points and nine rebounds. Jones contributed 12 points, three assists and three steals, and Joyner had 10 points and eight rebounds off the bench. Bing added a game-high 10 assists along with three points. Richard Bland shot 54% (46-85) from the field, including 24% (6-25) on three-pointers, and 47% (7-15) at the free throw line.

Richard Bland and Guilford Tech were playing for the ninth time in the sport of men’s basketball, and the Statesmen have never lost to the Titans, now leading the series 9-0.

Richard Bland remains at home in Statesman Hall and will welcome Lenoir (N.C.) on Sunday, Jan. 28, at 3 p.m. The contest on Sunday has been designated as the program’s Peter Paul Development Center Appreciation Game.