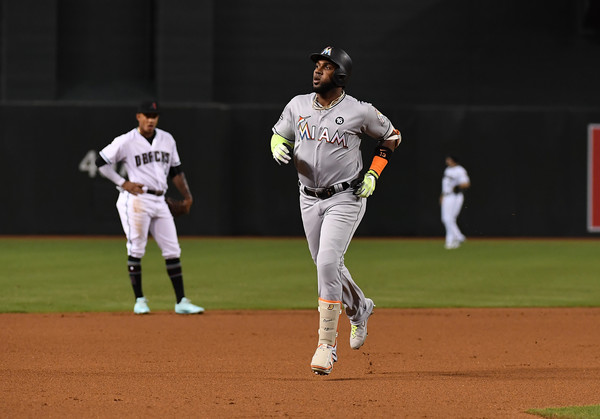 Earlier in the offseason, yours truly wrote a piece about the St. Louis Cardinals acquisition of Marcell Ozuna and how they should not be content with just getting him alone.

As you’ve surely heard star outfielders Christian Yelich and Lorenzo Cain are headed to the Milwaukee Brewers. The Brewers, who were already Wild Card contenders and are coming of an 86-win campaign, are at worst the second-best team in the division behind the Chicago Cubs.

That has never been more true than now. The Cardinals were already going to be chasing their rivals in Chicago now the Brew Crew are also in the mix and the Cardinals should be worried. The lineup is not the concern, as Ozuna does give St. Louis their first real star slugger since the days of Albert Pujols. Would acquiring a Manny Machado or Josh Donaldson hurt? No of course not, but what John Mozeliak needs to look at is the pitching staff.

As it stands the Cardinals will be relying on a rotation made up of Carlos Martinez, Luke Weaver, Michael Wacha, Miles Mikolas and Adam Wainwright. It’s not a bad group, but it’s also not a group that inspires a ton of confidence when you take into account that they’ll be up against the likes of Kris Bryant, Anthony Rizzo, Travis Shaw and nowthe duo of Cain and Yelich. Bringing in a genius like Mike Maddux will certainly help, and that alone provides optimism for the talented-but-inconsistent Wacha. But this is still a staff whose floor is just as low as their ceiling is high.

Furthermore the Cardinals are counting on Luke Gregerson to close out games in 2018, and while the righty will certainly bounce back from his career-worst 2017 it is not a given and the rest of the bullpen is no sure thing either. The newly-acquired Dominic Leone, along with Tyler Lyons, Matt Bowman and Brett Cecil, will be the arms tasked with holding leads for St. Louis along with Gregerson but none of them are household names with much if any closing experience.

So what is the answer for St. Louis to keep up with their rivals in the North? First would be to sign Lance Lynn as insurance and think about moving Wainwright to the bullpen. Wainwright has bullpen experience and with his declining velocity it’s feasible to think that his big curveball is better served in the ‘pen.

Meanwhile Lynn is an innings-eater who has served the Cardinals well over the past handful of years and is very consistent.  He’s still on the market and likely wouldn’t cost much to bring back. Bringing Lynn back means shoring up the back of the rotation while also giving the bullpen some more experience.

Speaking of the bullpen, one of the top relief arms is still unsigned and that would be closer Greg Holland. After missing all of 2016 recovering from Tommy John surgery Holland came back in 2017 with the Colorado Rockies and showed he still has the stuff that made him one of the best in the game from 2011-2014, locking down 41 saves with a 3.61 ERA.

The Cardinals were linked to the closer earlier in the offseason, and with pitchers and catchers set to report in just a few short weeks Holland may be willing to take a cheaper contract than he was previously.

Holland would give the Cardinals a no-questions-asked closer who has been an All-Star and was once one of the most dominant arms in baseball. That would allow Gregerson to move back into a setup role with Leone and Lyons while Wainwright, Cecil, Bowman and others moved to middle relief.

Now of course this is all hinging on if John Mozeliak realizes these needs and acts on them, which would be a minor miracle in and of itself seeing as the Cardinals aren’t ones to make a flurry of moves any offseason and they already made one headline with Ozuna.

But after having not made the playoffs in two straight years and the division rivals making big moves maybe the Cardinals front office will be set into gear and try to keep up. Only one thing is for certain and it’s that the NL Central will be one division to watch closely this season.