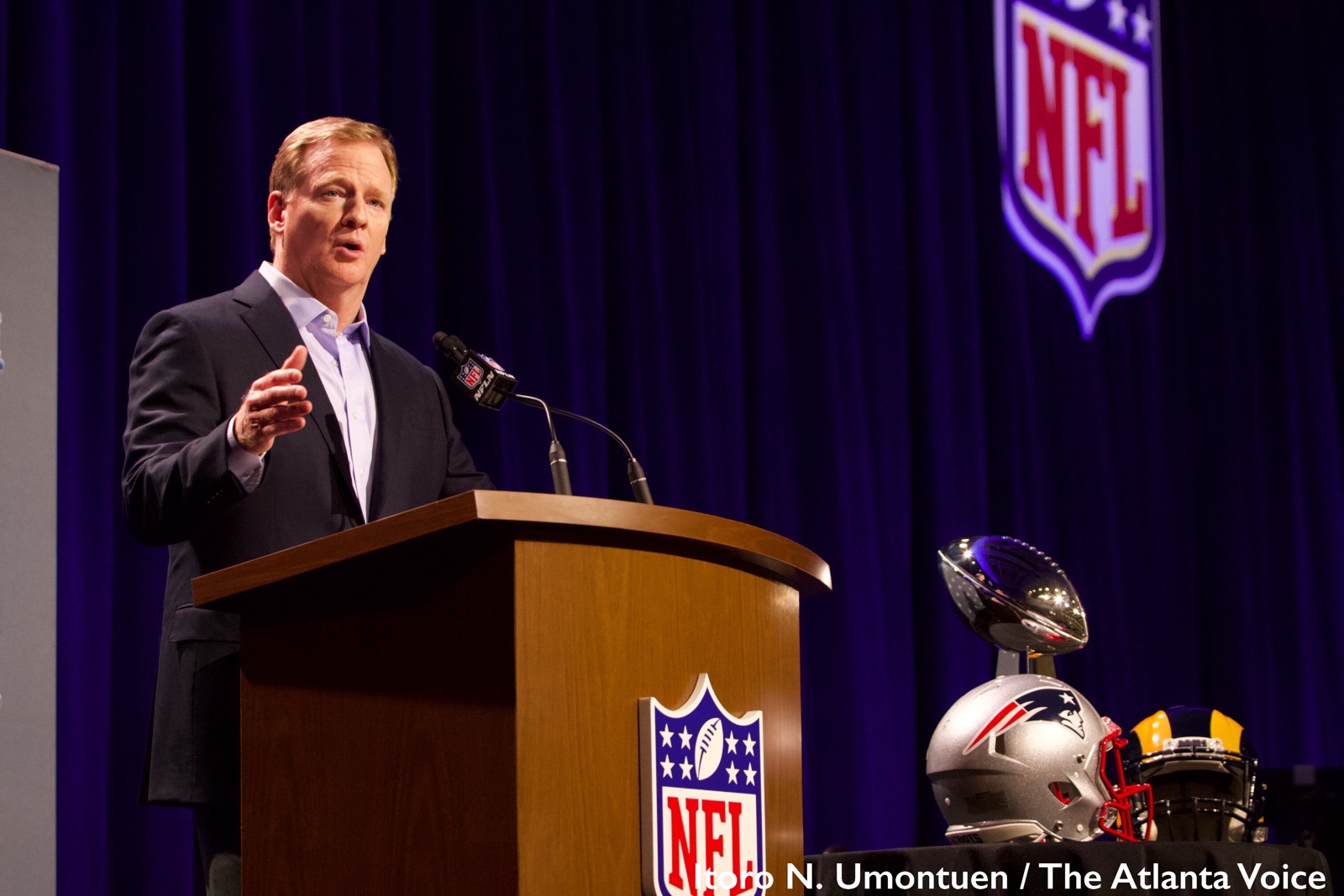 NFL Commissioner Roger Goodell addressed the media in a press conference ahead of Sunday’s Super Bowl between the New England Patriots and the Los Angeles Rams. Of course the media had plenty of questions for the Commish after an eventful season.

Aside from the questions regarding the controversial no-call in the NFC Championship game, people wanted to know how Goodell felt about the “Kaepernick Effect”. In additional to fans boycotting the NFL over its black-balling of social justice advocate Colin Kaepernick, several artists have refused to perform during the Super Bowl halftime show.

Goodell insisted that despite fan and entertainer declarations that “people are happy with what the league is doing.” When prodded on Kaepernick, who has been a free agent for the past two years, Goodell insisted not once, but twice, that teams would sign Kap if they felt like he could help them win.

So by Goodell’s logic, the Washington Redskins felt that Josh Johnson, who had not thrown a pass in the NFL since 2011, gave them a better chance that Kaepernick who took the 49ers to the Super Bowl in 2013, less than two years after being drafted. Kaepernick’s collusion suit against the league is still pending.