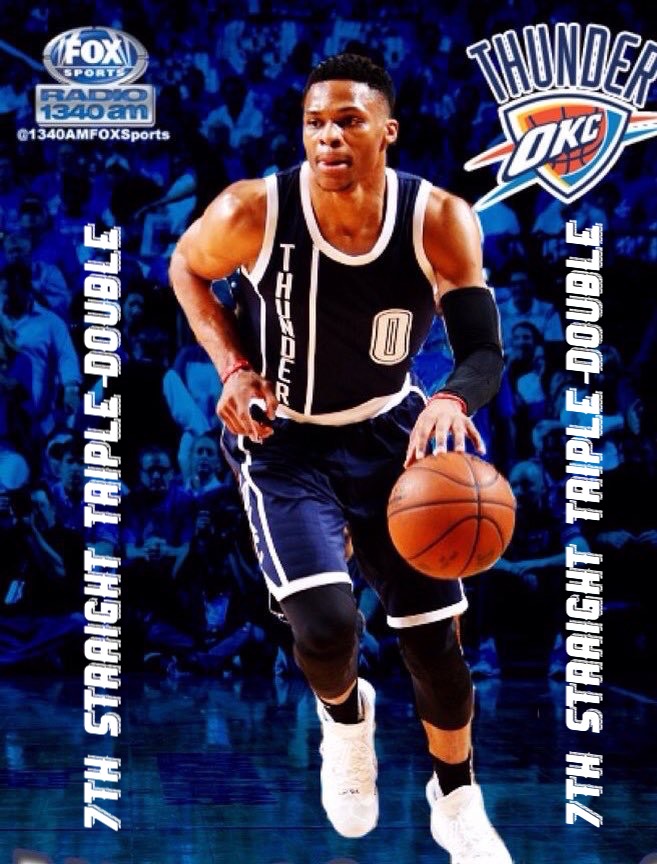 Is there anything else that Russell Westbrook can’t do? We are witnessing NBA history. Westbrook continues to defy the odds and is on pace to average a triple-double for the season.

On Friday, Westbrook became the first player to accomplish seven straight triple-doubles since Michael Jordan did it during the 1988-1989 season.

Westbrook finished the game with 27 points, 10 assists, 10 rebounds, and three steals. It wasn’t a great night efficiently as he shot 8-for-25 from the field and turned the ball over eight times. The NBA record for consecutive triple-doubles is nine set by Wilt Chamberlain in 1968.

A shot at history:

On Sunday, Westbrook will have the opportunity to go for number eight as the Thunder host the Boston Celtics. He has an opportunity to tie Chamberlain’s 48-year record with nine on Tuesday in Portland and can break the record with 10 Wednesday against the Utah Jazz.