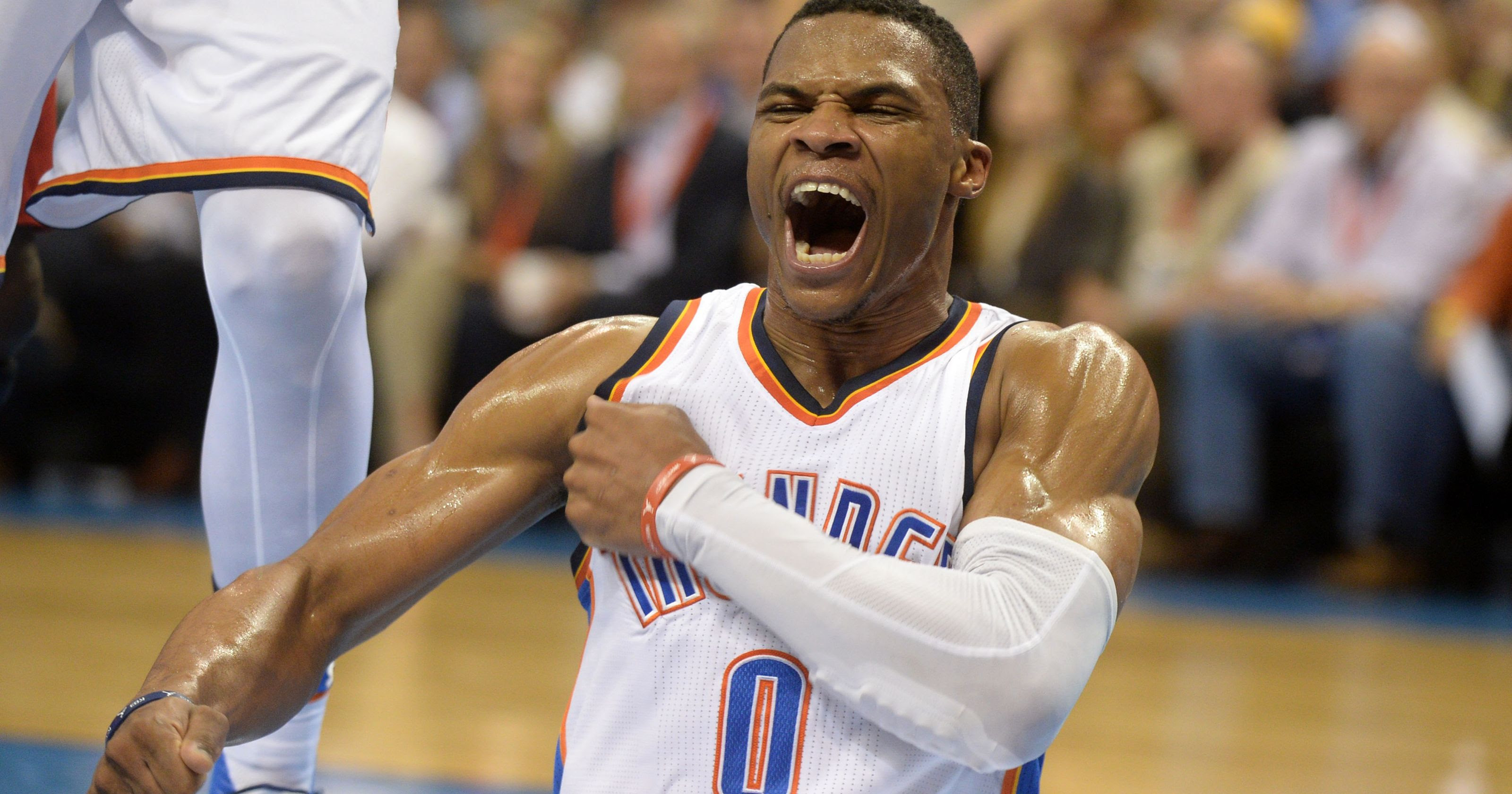 In sports, players like Russell Westbrook caliber are always compared from generation to generation. For the ones on their way to legendary status, sometimes the history books need to be dusted off to reexamine some of the great records.

With an 82 game season compiled of back-to-backs, players being rested, and at times may not play with full interest or focus, Westbrook brings it every night. He is on an unbelievable rampage across the NBA landscape that he is one of the best players on the planet. As many people already have eluded to Oscar Robertson is the only player in NBA history to ever average a triple-double during the 1961-1962 season. His numbers were astonishing (30.8 ppg, 12.5 rebs, 11.4 ast.), now four decades later, we see an individual with the completive drive of Michael Jordan and the athleticism of a Vince Carter. Westbrook is averaging (31 ppg, 10.9 rebs, 11.3 ast.) for an Oklahoma City team that finds themselves right in the thick of the Western Conference playoff race.

The decision of Kevin Durant to leave him via free agency to the very team that they lost to in the Conference Finals, has allowed him to be the leader. Westbrook has allowed his outstanding play on the court do the talking on his behalf. If Westbrook can keep up this type of play, he’s a shoe-in for MVP.

Heavily doubted coming out of UCLA as a guard, Westbrook has erased all those doubts and made it trendy to have your most athletic player at the point guard position and see where it takes you. Westbrook is not in the business of making friends and has made it clear if are not a teammate he’s coming for the jugular every play.

Currently, Westbrook’s triple-double streak has reached six in a row and looks as though it can continue and be the overarching theme of an entertaining NBA season. He’s sixth on the all-time triple double list with 48 career triple-doubles which are three ahead of LeBron James. Westbrook could finish the year in the top five on the list. At age 28 and entering his prime, the Westbrook triple-double train will only continue from here.

The individual accolades are great but we all know Westbrook wants to win a championship and prove he does not any “friends” to do so. With Westbrook in OKC for the next few years surrounded by a good group of young talent, it will be interesting to see if another star will sign up to help Westbrook accomplish this goal in ever crowded Western Conference field and in such a small market like Oklahoma City.

Westbrook is a box office superstar no matter if he’s playing in OKC or playing on Mars, his passion and love for the game of basketball make him a real life story of hard work and dedication. No matter if he actually does what the “Big O” did and average a triple-double or not,  because he will leave it all out on the floor and be electrifying like only Russell Westbrook can.