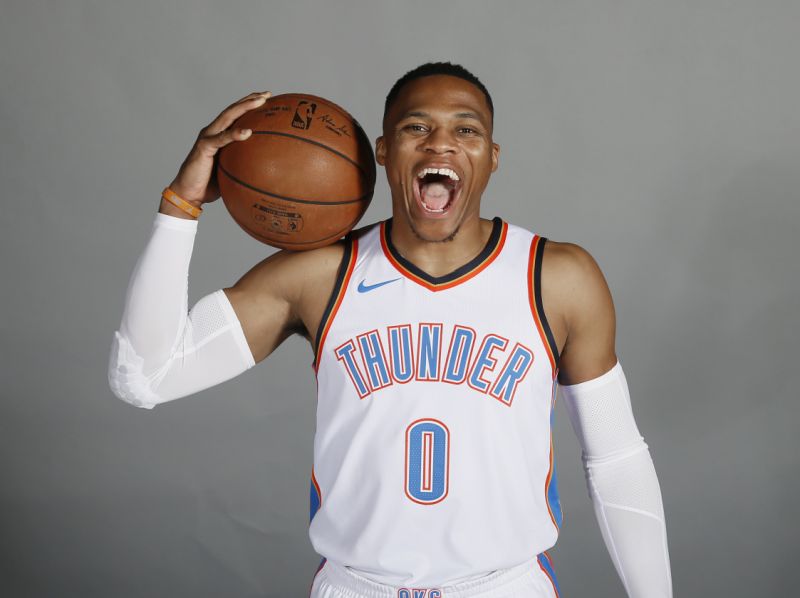 Russell Westbrook made headlines yesterday as he has signed a five-year, $205 million contract extension. Here are my overall thoughts on the deal and how this could affect free agency this off-season.

The deal starts with the 2018-19 season and it guarantees that for the time being Russell Westbrook has the biggest guaranteed contract in NBA history. It is a six-year deal worth $233 million through 2022-23. It includes a player option for the 2022-23 season, Westbrook will be laughing to the bank as with $233 million, which includes $205 million for the new extension. In 2018-19 salary of Westbrook deal, the first year of the extension will be $35.3 million.

This year was one to remember for several reasons for Russell Westbrook. He became the first man to average a triple-double for an entire season since Oscar Robinson Westbrook averaged 31.6 PPG, 10.4 APG, 10.7. Back in September, Westbrook signed a 10-year deal with the Jordan brand. Then yesterday, he signed a five-year extension worth $205 million with the Thunder.

Loyalty these days is a very rare characteristic to possess whether in sports or society. However, when somebody shows off this characteristic it needs to be celebrated. it is no surprise by Russell Westbrook re-signed with the Oklahoma City Thunder. Even though there was heavy speculation he would join the Los Angeles Lakers in free agency off-season because being from the area. Another hilarious aspect of this news is that yesterday  was Kevin Durant’s birthday this was another shot at his former teammate and friend.

Westbrook has unfinished business in Oklahoma City his goal is to bring an NBA Championship to the team. He is one of the few players throughout NBA history that could stay with one team. Westbrook could be looking to create his own legacy just like players before him Kobe Bryant, Tim Duncan, Reggie Miller, John Stockton and Karl Malone.

All the attention will be on all the super team this year from the Warriors, Rockets, Celtics and finally the Thunder. However, all eyes will be on the Thunder to see if Paul George, Carmelo Anthony, and Westbrook.