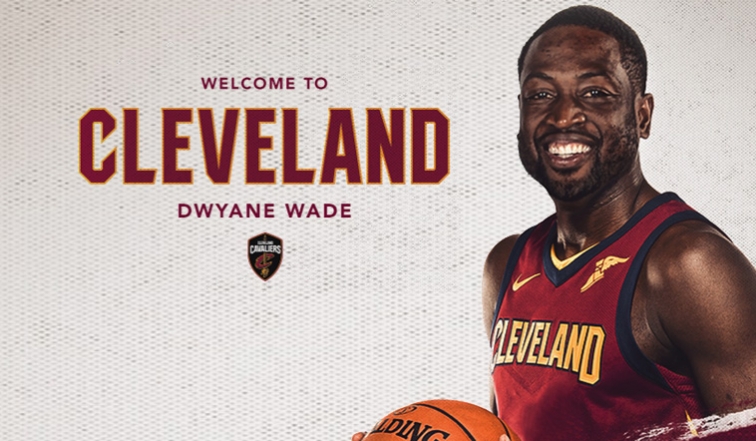 On Wednesday, Dwayne Wade decided to sign with the Cleveland Cavaliers after his contract was bought out by the Chicago Bulls. Wade signed a one-year deal for two 2.3 million to reunite with LeBron James. Here are my overall the thoughts on the Cavs new addition of Wade to his new team.

Both James and Wade have a significant history together whether in ones on Team USA winning medals or the Miami Heat. On the Miami Heat, they managed to make it to four straight NBA Finals but they only won two NBA Championships along with Chris Bosh.

Last year, with the Chicago Bulls Wade put up very respected numbers 18.3 PPG, 3.8 APG, 4.5 RPG. Wade should average similar stats or maybe below if Wade comes off the bench. Fans want to criticize saying that Wade is too old at 35 years old. While father time is undefeated, it is still a quality acquisition that will play a vital role going deep into the playoffs and even the NBA finals.

The NBA has become a copycat league every team is trying to steal the Golden State Warriors blueprint. Therefore the Boston Celtics, Oklahoma City Thunder have created their own version of the super team trying to compete with the Warriors. The Cavaliers have a couple of new players such as Isaiah Thomas, Derrick Rose and finally Dwayne Wade. It will take sometime to get adjusted to everybody’s  playing style.

The Cavaliers will be a dangerous team this year because they will be out for revenge all year-long. James and the Cavs will try to get the bad taste out of the mouth after losing to the Warriors in five games in the NBA finals. In addition to the fact that Kyrie Irving wanted to leave the Cavs so he could run his own team in Boston. Therefore, James will be a man on a mission to prove a point and make an example out of Irving. Not to mention that the Cavs take on the Celtics to begin the season. James will look to make a statement in game one of the NBA season believe that

This upcoming season will be extremely significant for the Cavs and LeBron James. Due to the fact, in the off-season, James will be a free agent. There have been numerous reports that James will be joining the Los Angeles Lakers. The perfect ending for James and the Cavs is to bring another NBA Championship to Cleveland.