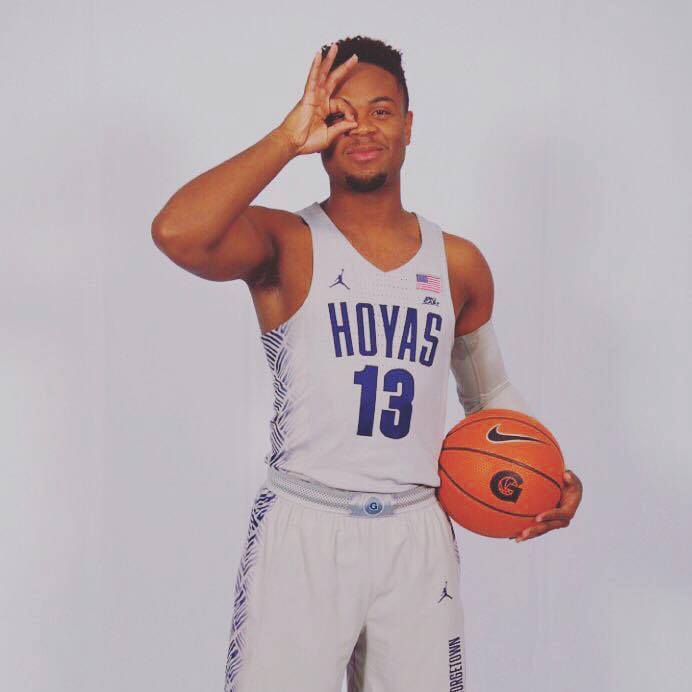 FOX Sports 1340 AM’s Dean Perretta caught up with NCAA Georgetown Hoyas basketball star Trey Dickerson to talk about joining the Georgetown Hoyas, the spirit of success, the biggest inspiration in his life, Dickerson’s all-time favorite NBA players, playing under Patrick Ewing at Georgetown, career goals and ambitions and much, much more in an inspiring exclusive interview available only on FOX Sports 1340 AM.

Q: First and foremost Trey, what were the most alluring aspects of the program and culture which essentially led you to committing to Georgetown?

The history of the university and the opportunity to play there under coach (Patrick) Ewing as his first year as a coach…I couldn’t turn that down. I wanted to be apart of something special.

Q: Georgetown Hoyas officially named Patrick Ewing as Head Coach in April 2017 after serving 17 years as an Assistant Head Coach in the NBA for the Washington Wizards, Houston Rockets, Orlando Magic and Charlotte Hornets. How much do you feel you can develop both on and off the court from playing under the Jamaica-born NBA legend and NCAA Champion?

I think I can develop a lot, honestly. He’s been around the game for a long time and coached a bunch of great point guards, so he knows what it takes.


Q: Georgetown has a pantheon of iconic athletes who have richly endeared the hearts of Hoyas fans throughout the annals of its well-storied history. How thoroughly excited are you to be a Hoya and ultimately to play inside the Capital One Arena?

I’m very excited to play in an NBA arena, it is an honor. I’m just looking forward to the opportunity.

Q: With Coach John Thompson III being fired from Georgetown after serving 13 years as Head Coach of the Hoyas, how much of a transition is the program in currently in respect of where Georgetown is heading into the future, particularly coming off a 14-18 record in the NCAA Big East Conference in 2016-17?

I think we are getting a bunch of pieces in this recruiting class to come in and help the guys returning. I honestly know we are gonna shock people next season, but it’s gonna take a lot of hard work and dedication and guys are ready to step up.

Q: Queens, New York has a rich heritage of very talented basketball players who have succeeded against all odds from Lamar Odom, Metta World Peace and Charlie Villanueva as well as more vintage examples of Kenny Anderson and Kenny “The Jet” Smith. How was life growing up in Queens and did you experience any obstacles that you had to overcome?

Definitely. Growing up in Queens had its good and bad. Everyone plays basketball, so it’s easy to get games in. But you’re either gonna play sports, rap, or be in the streets, so I knew at an early age the route I wanted to go by seeing others take the street route.

Q: Who is the biggest inspiration in your life?

Q: Which current NBA player would you compare your game to most and why?

I would say I’m a smaller version of John Wall. I like playing in transition and pretty much can do both.

Q: Which NBA players did you grow up admiring most?

Q: Before we leave Trey, what are your biggest goals and ambitions with Georgetown?

My biggest goal is to get Georgetown back where it belongs and win a lot of games and win in the NCAA tournament.