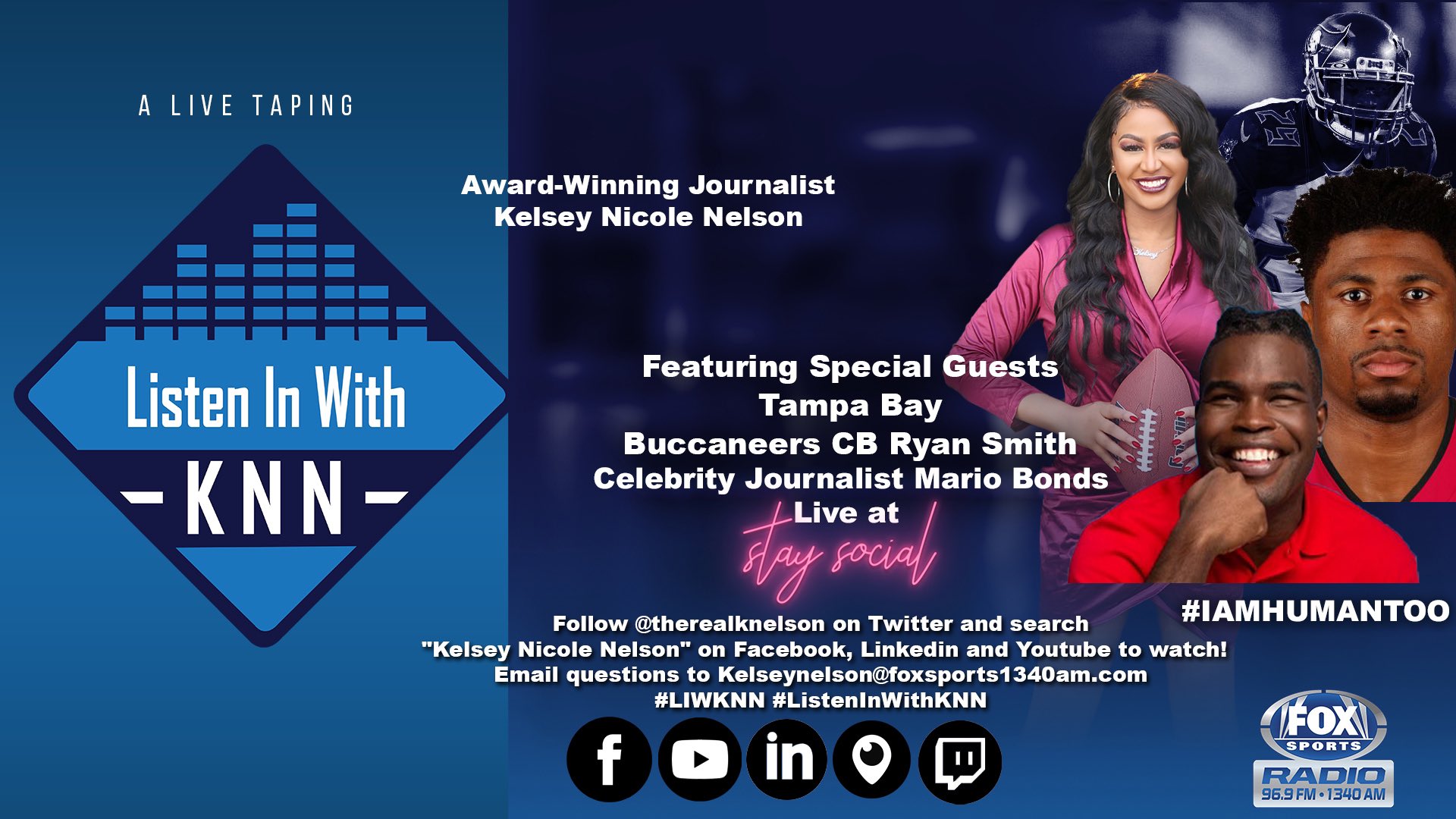 On the 178th episode of Listen In With KNN on Fox Sports 1340AM, host Kelsey Nicole Nelson welcomed Super Bowl-winning cornerback Ryan Smith, formerly of the Tampa Bay Buccaneers and now with the Los Angeles Chargers to the show at Stay Social USA in Anne Arundel Mills Mall.

His journey began in the DMV where he grew up in Clinton, Maryland. Smith moved to Upper Marlboro where he attended Dr. Henry A. Wise Jr. High School where he was a star on the gridiron and on the basketball court. In the end, he decided to pursue football because it was going to help pay for his college tuition.

“Wise was cool and I had some of my best times there. Football holds so many players on the team. I was like, ‘let’s go play football,’” Smith said.

He attended North Carolina Central University from 2012 to 2015. At NCCU, Smith set school records in solo tackles and kickoff return yard average. Additionally, he finished sixth in tackles with 263 and had 24 pass break-ups and seven interceptions. Playing at an HBCU was a life changing experience for Smith.

“I tell everybody when you ball and do your thing, they’re gonna find you. It’s hard because of the level that you play on but if you work hard, they gonna find you. I like it because nobody gave me anything as our school didn’t have so much. For me to make it today is a blessing,” he said.

After Smith’s college career ended, he entered the 2016 NFL Draft where he was selected by the Tampa Bay Buccaneers in the fourth round. Although he was the 18th cornerback taken in the Draft, his dream of playing professional football came true.

“It was amazing. My mom came downstairs crying and my close friends were there and I went to the corner crying. I was in awe like, ‘I really did it.’ It wasn’t over but to come from where I came from as far as the school I went to not being a top name in the Draft to get drafted in the fourth round was a blessing,” said Smith.

He started out his rookie year at safety but switched back to cornerback at the beginning of his sophomore year. As a result, Smith had his best year with 63 tackles, five pass breakups, two forced fumbles and a fumble recovery. Due to the Bucs’ added depth at defensive back, he played on special teams where he was one of the top coverage players in the league.

With the addition of future Hall of Fame quarterback Tom Brady at the helm, the team won three road playoff games en route to winning their second Super Bowl in franchise history as they defeated the Kansas City Chiefs, 31-9.

“It was dope especially I wanted to pick his brain. He’s down to earth and easy to talk to. You can ask him questions and he will help you out. Picking his brain was the most exciting thing that I was able to do just because what he’s done and thinking how he thinks on the field helped me a lot to better my game,” he said.

Smith signed with the Los Angeles Chargers this offseason with the hope that he can bring a title to his new team.