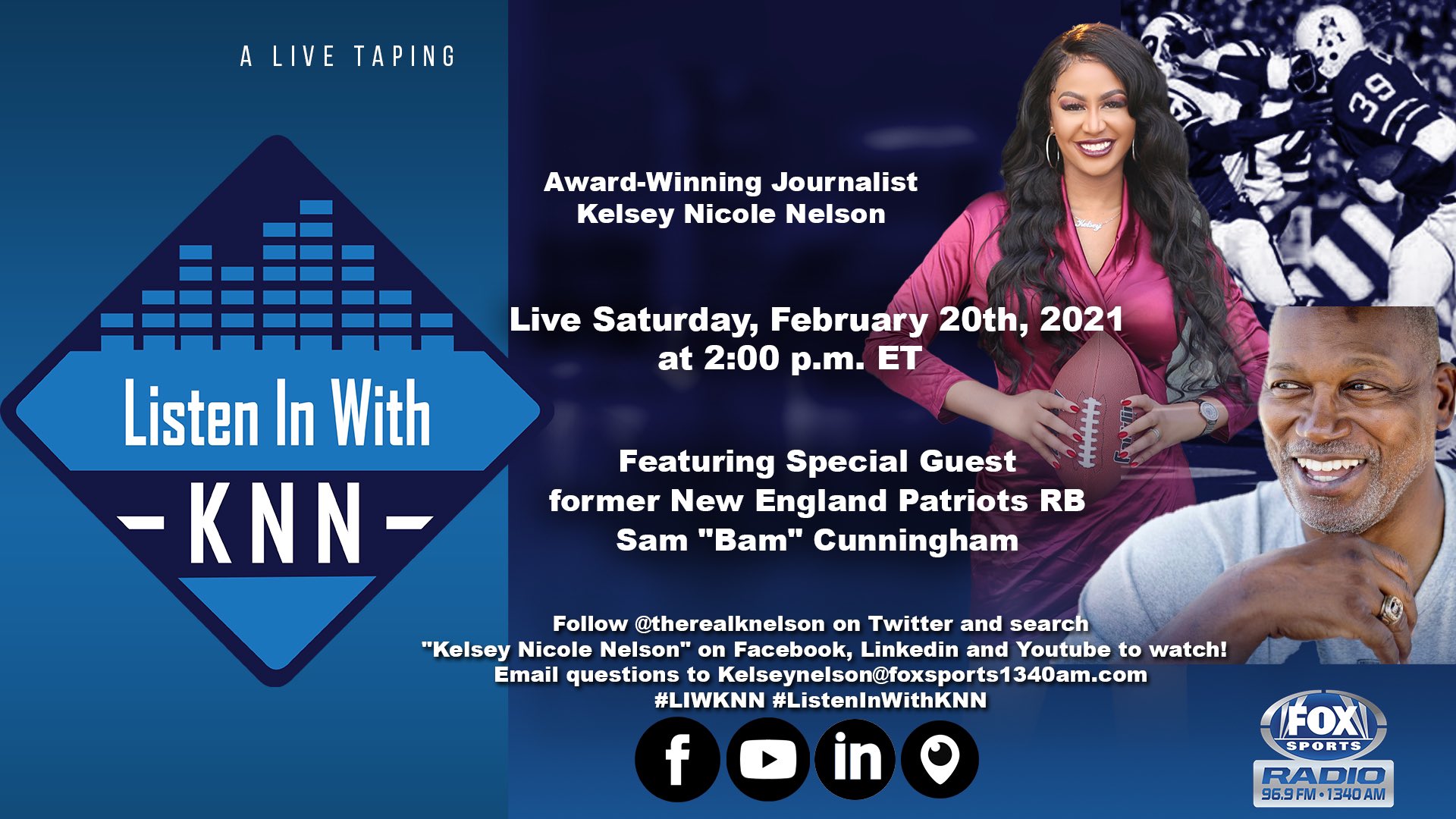 On the latest episode of Listen In With KNN on Fox Sports 1340AM, host Kelsey Nicole Nelson welcomed former New England Patriots running back Sam “Bam” Cunningham to the show.

Speaking of his journey, he grew up in Santa Barbara, California along with his younger brother Randall, who played in the NFL as a star quarterback. In his early childhood, Cunningham made friends and hung out with a lot of people from different backgrounds that kept him in line.

“It was the village that helped keep us in line and teach us a lot of the things that we needed to learn. It was a great place to grow up and I didn’t know how great it was until I left. A lot of times, we want to get out and see something else and then you get out and see something else and you’re like, ‘wow, where I was from was way better than this.’ It was great growing up in Santa Barbara,” Cunningham said.

“What I learned is that it’s a big university and it was not as diverse as my hometown. Growing up in Santa Barbara helped me adjust to that because I played with guys who came from South Central L.A. and they had a little trouble adjusting to a big white university. It really didn’t bother me and I was able to help some of my teammates and friends adjust to it and that was a blessing,” he said.

Cunningham arrived at SC in the Fall of 1969 as a freshman and played under head coach John McKay. He was a fullback under McKay’s I-Formation offensive system that produced Heisman Trophy winning tailbacks in Mike Garrett and O.J. Simpson. Cunningham was a versatile player who could play on offense and defense and was willing to do what he had to do to get on the football field.

He along with quarterback Jimmy Jones and running back Clarence Davis formed the one of the first all-Black backfields in NCAA Division I Football history. On September 12th, 1970, USC traveled to Alabama to play the Crimson Tide and defeated them, 42-21 as they became the first integrated program to play and defeat an all-white team. It convinced head coach Paul “Bear” Bryant to integrate Black players onto the Alabama football team. In that game, Cunningham came off the bench to run for 135 yards for two touchdowns on 12 carries as it was the fullback’s coming out party.

“There were 60,000 to 70,000 white folks in the stands and what they saw that night was the future. If they wanted their program to stay elite, they were going to have to accept a change. What they saw that evening was Black and white players in the same color uniform getting along with each other playing football and being a success. To be a part of that game is such a blessing and an honor,” he said.

Cunningham became an All-American and was a huge part of USC national championship team in 1972. He would get his opportunity to play in the Rose Bowl the following year as scored four touchdowns, which was a Rose Bowl record and was the Player of the Game.

Cunningham was drafted 11th overall by the New England Patriots in the 1973 NFL Draft and played all 10 seasons with the franchise. He is the team’s all-time leader in rushing yards and was inducted into the Patriots Hall of Fame in 2010.