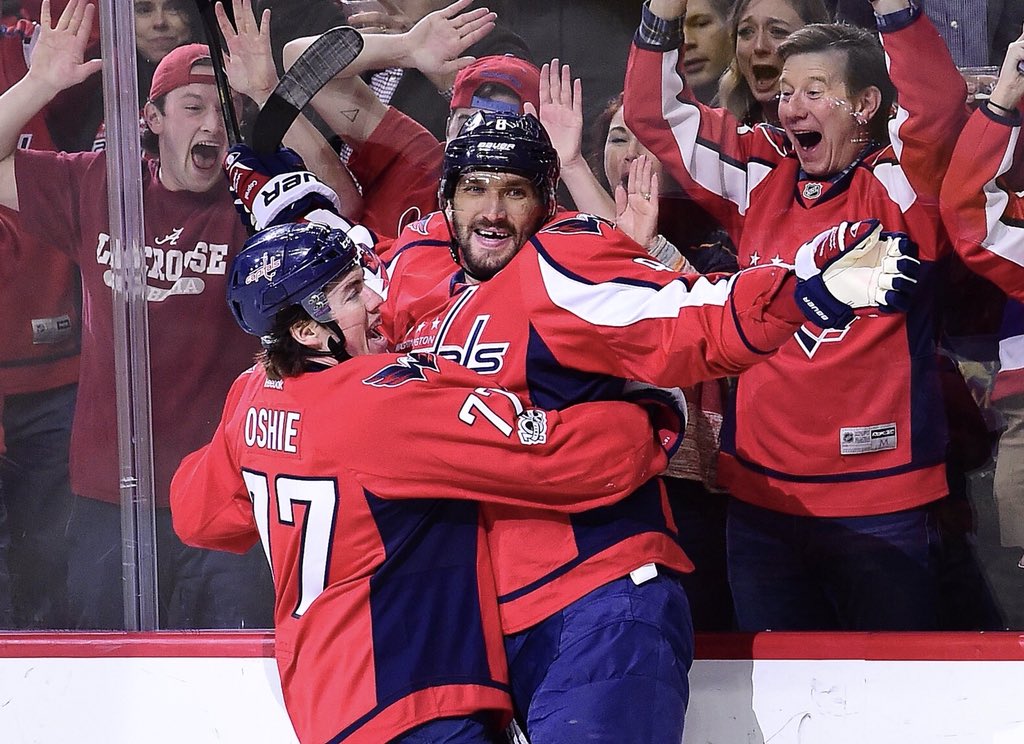 There were two big storylines heading into tonight’s game between the Washington Capitals and the Montreal Canadiens. The first was the news that broke yesterday on October 6th and that was Capitals’ forward Nathan Walker would be making his debut in the home opener. That would make Walker the first Australian-national to play in the NHL. Secondly, it was the return of Karl Alzner, former Capitals player. The Caps wasted no time showing their love and appreciation for Alzner as they displayed a tribute video early in the first period that featured highlights of Alzner with all of his best Capitals moments.

The first period was dominated by the Capitals who gave no opportunity to the Canadiens. The Capitals started off in attack mode as they struck first with a goal from the captain himself, Alex Ovechkin. Ovechkin was coming off of a 3 goal, overtime winning game in Ottawa. Twenty-six seconds later the Capitals struck again with a goal from T.J. Oshie, his first of the season. Ovechkin scored a power-play goal, which was his second goal of the night. It continues to sound like a broken record two games into the season, but Ovechkin struck again as he sliced one into the back of the net. Ovechkin matched a 100-year-old benchmark with hat tricks in each of the Capitals’ first two games. That was last done in 1917.

The second period was mostly dominated by the Canadiens as they scored with a goal from Brendan Gallagher, but the Capitals woke up in the final five minutes as they scored two goals. The first goal was the star of the night, Alex Ovechkin, his fourth of the evening. The second goal of the period for the Capitals was the new guy, Nathan Walker, his first NHL goal. Walker becomes the first Australian to play in the NHL and first to score a goal. The joy on Walker’s mom’s face was priceless as she reacted to her son scoring his first NHL goal in his first ever start.

An excellent game performance by Braden Holtby with 38 saves as he improves to 11-1-2 against the Canadiens. Evgeny Kuznetsov tied his career high in assist with four in tonight’s game.