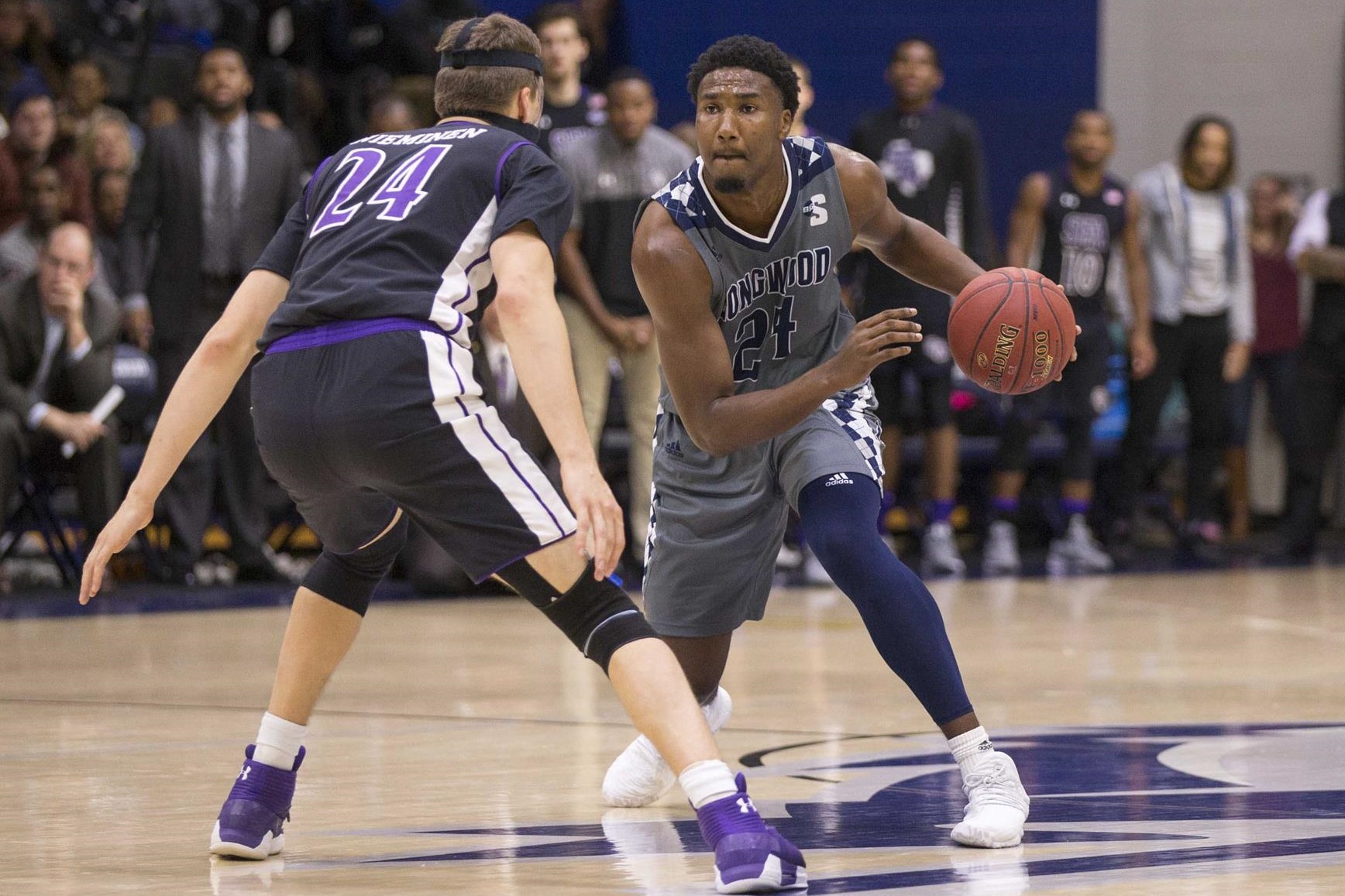 In a defensive battle on both sides, Morgan posted his sixth consecutive 20-point game to lead the Big Red (4-4) to its third win in the past four games. Playing against a defensive-minded Longwood team that held Cornell to .397 shooting from the field, Morgan carried his squad by hitting 8-of-15 shots from the field and 7-of-8 free throws.

Longwood (3-8) won the rebounding battle 47-40 and held Cornell to just .250 shooting from beyond the arc, but Morgan made up the difference at the point guard position by committing just one turnover in 34 minutes of action. His 25 points helped Cornell overcome three double-figure scoring efforts from the shorthanded Lancers, who got 13 points from freshman Kamil Chapman, 12 from sophomore JaShaun Smith and 10 from redshirt senior B.K. Ashe.

“Defensively, we held them to 39 percent, we outrebounded them, and they shot 25 percent from three,” said Longwood head coach Jayson Gee. “They’re an outstanding three-point shooting team, and I thought we were excellent at defending them and defending their sets, but we just didn’t score enough points today.”

The Lancers could not match their defensive success on the offensive end, shooting just .353 from the field themselves. That production came as Longwood played without two of its top three scorers, with Isaiah Walton and his 17.2 points per game and Charles Glover and his 8.7 points per game relegated to the bench with injuries.

Longwood fought through that adversity to trim a 10-point deficit to three with 35 seconds to play, but Cornell took advantage of Longwood’s forced fouls to hit four of their final five free throws to hold off the rally. Key to Longwood’s comeback was a pair of 9-2 rallies in the second half, including a near four-minute stretch inside the final eight minutes that saw junior Spencer Franklin score five unanswered points and Damarion Geter knock down back-to-back free throws to cut Cornell’s lead to 60-57.

That momentum was short-lived, however, as Jack Gordon responded with a three-pointer and Josh Warren followed with a layup to move the lead back to eight with 3:09 remaining. Longwood would cut it back to three points again on a Geter layup with under a minute, but Morgan and Warren knocked down four of Cornell’s final five free throw attempts to hold off Longwood’s rally.

“We miss Isaiah, and we miss Chuck [Glover],” Gee said. “Not having both those guys is really a detriment to us, but we still had guys step up today. Kamil Chapman had some good minutes – 13 points and five rebounds, which is excellent for him. He really helped us in the first half. I was really pleased with JaShaun Smith; I thought he was solid, playing 35 minutes without a turnover.

Longwood outrebounded Cornell 47-40, thanks in large part to redshirt junior Geter’s 10 rebounds and Ashe’s nine, but the Big Red made up the difference by shooting a near-perfect 13-of-15 from the free throw line.

The home game is Longwood’s last in Willett Hall this calendar year, as the Lancers hit the road for their final three games of 2017. The first of those pits Longwood against one of the hottest teams in the country, as the Lancers square off against undefeated and fifth-ranked Arizona State in Tempe, Az., this Tuesday, Dec. 19. Longwood then follows with a trip to 7-2 Grand Canyon the following Thursday before opening Big South play at Charleston Southern on Dec. 30.