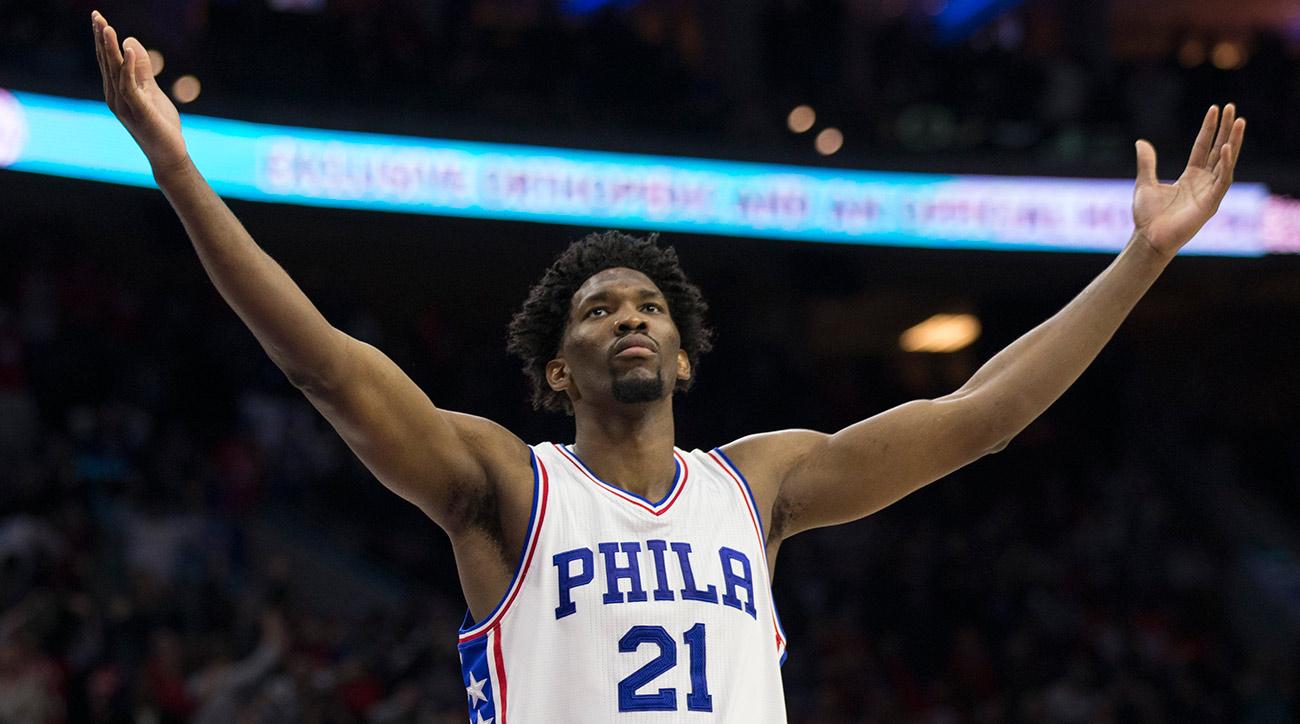 The Philadelphia 76ers haven’t had this optimism surrounding their team since their glory years with Allen Iverson. Fans haven’t been this  excited since Iverson left the team. They have suffered a lot of losing seasons in order to tank to get numerous high draft picks to build towards the future. The fans gave their young core of players a nickname Feds it stands for Fultz, Embiid, Dario, and Simmons. Here are my overall thoughts on Joel Embiid signing a contract extension with the Philadelphia 76ers to a new five-year deal worth $146.5 million.

When the news broke out that the Sixers signed Embiid it caught me by surprise. Due to the fact throughout his young career Embiid has only played 31 games out of 246 games. It is a lot of money and a massive gamble on signing Emiid to such a long contract the Sixers should have waited one year then signed him to a contract if he performed and stays healthy.

According to a report from Adrian Wojnarowski, he did a fantastic job at breaking down the contract financially. If Embiid happened to miss more than 25 games relating to his back or his feet. There are several different scenarios that could happen if the Sixers decide to cut Embiid after the 2018-19 season. Embiid will earn a total of $84.2 million if they cut him after the 2019-20 season, he’ll earn $98.2 million of the original deal if he’s cut after the 2020-21 season, Embiid will earn $113.3 million and if he’s cut after the 2021-22 season, he will earn $129.4 million. The contract officially expires after the 2022-23 season. Having these stipulations included in the contract is a very smart business move for the Sixers in the long run that could save them a lot of money.

Embiid has shown flashes of brilliance even though it’s been a small sample size this past season. In 31 games this year, he averaged 20.2 PPG, 7.8 RPG 2.5 BPG this past season. The Sixers will only go as far as Joel Embiid and Ben Simmons take them this season.

It remains to be seen if the Sixers young core can remain healthy to make a serious playoff push in a wide-open Eastern Conference. If this team remains healthy all year-long they will be a must watch team that will entertain the fans on the nightly basis.

All of the financial figures courtesy of Adrian Wojnarowski