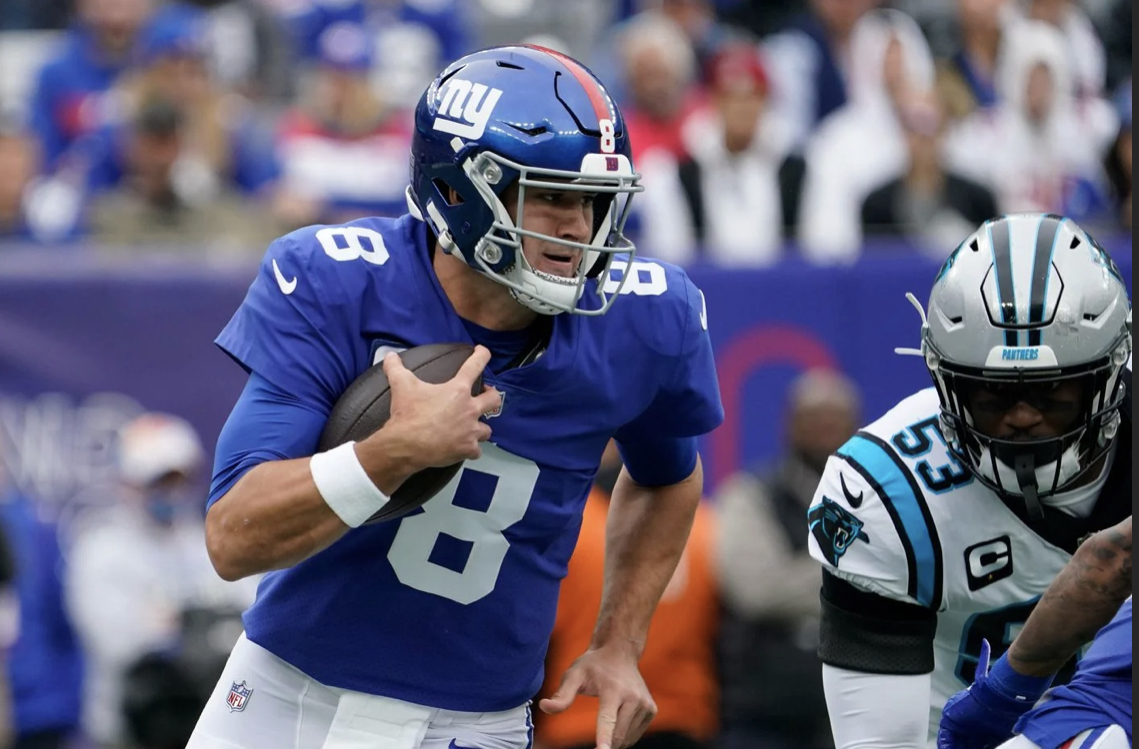 Cornerback Donte Jackson said that the Carolina Panthers were not in “position to overlook anybody” when referencing the 1-5 New York Giants.  He was right – especially given the Panthers current struggles.  After starting 3-0, their offense has sputtered – and no, you can’t blame it on the absence of Christian McCaffrey.  After cracking the score board with a 45-yard field goal by Zane Gonzalez on their opening drive, the Panthers failed to score another point.  The punting game was particularly poor and gift-wrapped field position to the Giants several times.

The Giants got down to the 1-yard line, with the help of a personal foul called against Clay Johnston – but the Carolina defense held strong and the New York left with no points, turning the ball over on downs.  On the ensuing drive, the Panthers could not progress pass their own 3-yard line and ended the drive with quarterback Sam Darnold flagged for intentional grounding.  The result of the penalty was a safety, bringing the Giants within one point.  A 49-yard field goal by former Panthers kicker Graham Gano gave the Giants a 5-3 lead which held through halftime.  Another former Panther, cornerback James Bradberry, intercepted Darnold on the Panthers lone trip to the red zone, but New York was unable to capitalize on the turnover.  It was Darnold’s eight turnover in the last 3 1/2 games.

After the break, Giants quarterback Daniel Jones showed a bit of that sneaky athleticism that Brian Burns spoke of in the week leading up to the game.  In addition to being the game’s leading rusher through three quarters, he made a nice one-handed catch on a Philly Special.  The drive was capped off by a 5-yard touchdown toss from Jones to Dante Pettis to extend the Giants lead 12-3 with less than a minute remaining in the third quarter.  In the final quarter, Gano’s 53-yard field goal gave him the most 50-yard field goals in Giants history and widened the gap to 9 with 12:41 left to play.  PJ Walker entered the game at quarterback for Carolina on the next series and played the remainder of the game as Darnold looked on from the sideline.  Walker didn’t fare much better, finishing the game 3-of-14 for 33 yards while being sacked three times.  The Giants went on to put the icing on the cake with a 44-yard field goal by Gano, his third of the day, and a 19-yard touchdown carry by Devontae Booker to make the final score 25-3.  It is the Giants’ second win of the season – the only other victory was over the New Orleans Saints.  The  Panthers dropped their fourth straight to fall to 3-4 on the season.