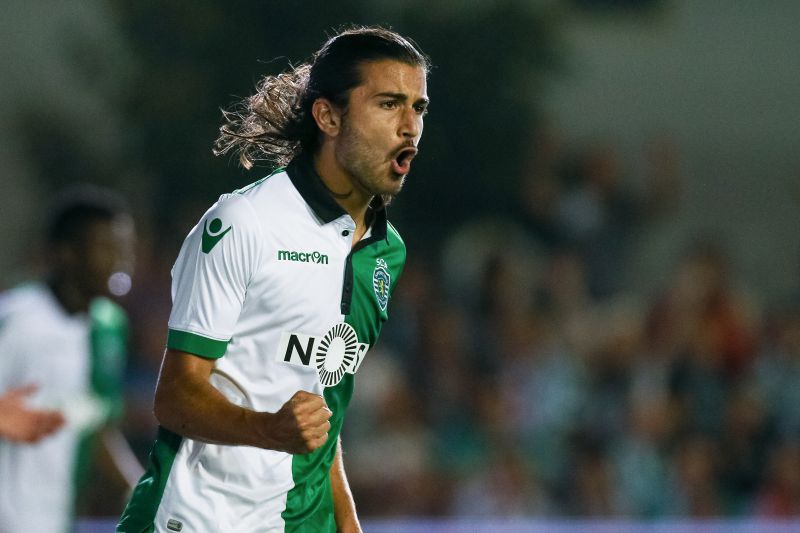 Portuguese giants Sporting Lisbon currently stands third in the Primeira Liga having earned 49 points from 27 encounters in the 2019/20 Primeira Liga season; Sporting has scored 42 goals and conceded 28 this term in Portugal’s top flight.

Verde e brancos, presently 15 points adrift of Bruno Lage’s second-place Benfica, remain undefeated since the Primeira Liga restarted after the global Covid-19 pandemic ultimately led to the postponement of the Primeira Liga season; Sporting finished third in the Primeira Liga last season with 74 points.
Sporting Lisbon, 18-time Primera Liga champions, defeated Tondela, currently 15th in the Primeira Liga, 2-0 at the Estádio José Alvalade on June 18.
Six days prior on June 12, Sporting Lisbon won 1-0 against Pepa’s Paços de Ferreira. However, in the Leões first game back after the Primeira Liga resumed action, Sporting drew 2-2 with Vitória de Guimarães at the Estádio D. Afonso Henriques stadium; Sporting have secured seven points from a possible nine in their last three Primeira Liga matches.
Rúben Amorim’s side reached the Round of 32 in the 2019/20 UEFA Europa League courtesy of finishing second in their Europa League group behind Austrian giants LASK with 12 points. However, Sporting was eliminated in the knockout stages of the competition after losing 5-4 on aggregate to İstanbul Başakşehir.
Sporting Lisbon’s next seven Primeira Liga fixtures meanwhile are against Belenenses (Away – June 26), Gil Vicente (Home – July 1), Moreirense (Away – July 6), Santa Clara (Home – July 10), FC Porto (Away – July 15), Vitória de Setúbal (Home – July 21) and Benfica (Away – July 26).
Prior to Sporting Lisbon’s Primeira Liga encounter against Belenenses on July 26 at the Estádio Nacional, FOX Sports Radio 96.9FM/1340AM’s Dean Perretta briefly caught up with Sporting Lisbon playmaker, Mattheus Oliveira, to discuss Sporting’s season, the very importance of health and safety measures during the current Covid-19 pandemic and the Brazilian’s recent appearance on the acclaimed Instat webinar.
Dean Perretta: Mattheus, the recent Instat webinar with your father, Bebeto, exhibited a unique father and son bond. However, what is the greatest piece of advice that your father has ever given you with regard to succeeding as a professional footballer?
Mattheus Oliveira: The greatest advice that my father has ever given me is to always be humble and respect everyone around me, and to always be the best professional.
Dean Perretta: With that being said, can you talk about your overall experience appearing on the Instat webinar and the importance of positive family support?
Mattheus Oliveira: It’s been an amazing experience appearing on the InStat webinar because it helped me a lot after the game to analyze my performance and work on what needs to be worked on, so I can achieve my highest potential. Family support for me is everything. When you have a healthy and secure environment at home, it gives you more strength and motivation to train and be the best I can be.
Dean Perretta: At this stage of the season, what are now the expectations and targets for Sporting Lisbon moving forward, particularly for next season?
Mattheus Oliveira: To end the season on top of the (Primeira Liga) table and conquer the most victories.
Dean Perretta: With regards to health and safety, can you talk about Sporting CP’s great support of the incredible frontline and essential workers during this time?
Mattheus Oliveira: Sporting has been taking all the care and safety measures necessary to keep a safe environment. We’ve been testing twice a week, every week for the Covid-19 and the frontline workers have been amazing.
Dean Perretta: Lastly, as part of the Primeira Liga’s highly decorated big three with FC Porto and Benfica, can you talk about the great honor of playing for Sporting?
Mattheus Oliveira: It’s an honor to be part of a fantastic club that great players have played at and that has amazing fans to support and motivate us throughout the season.
Tweet
Dean Perretta