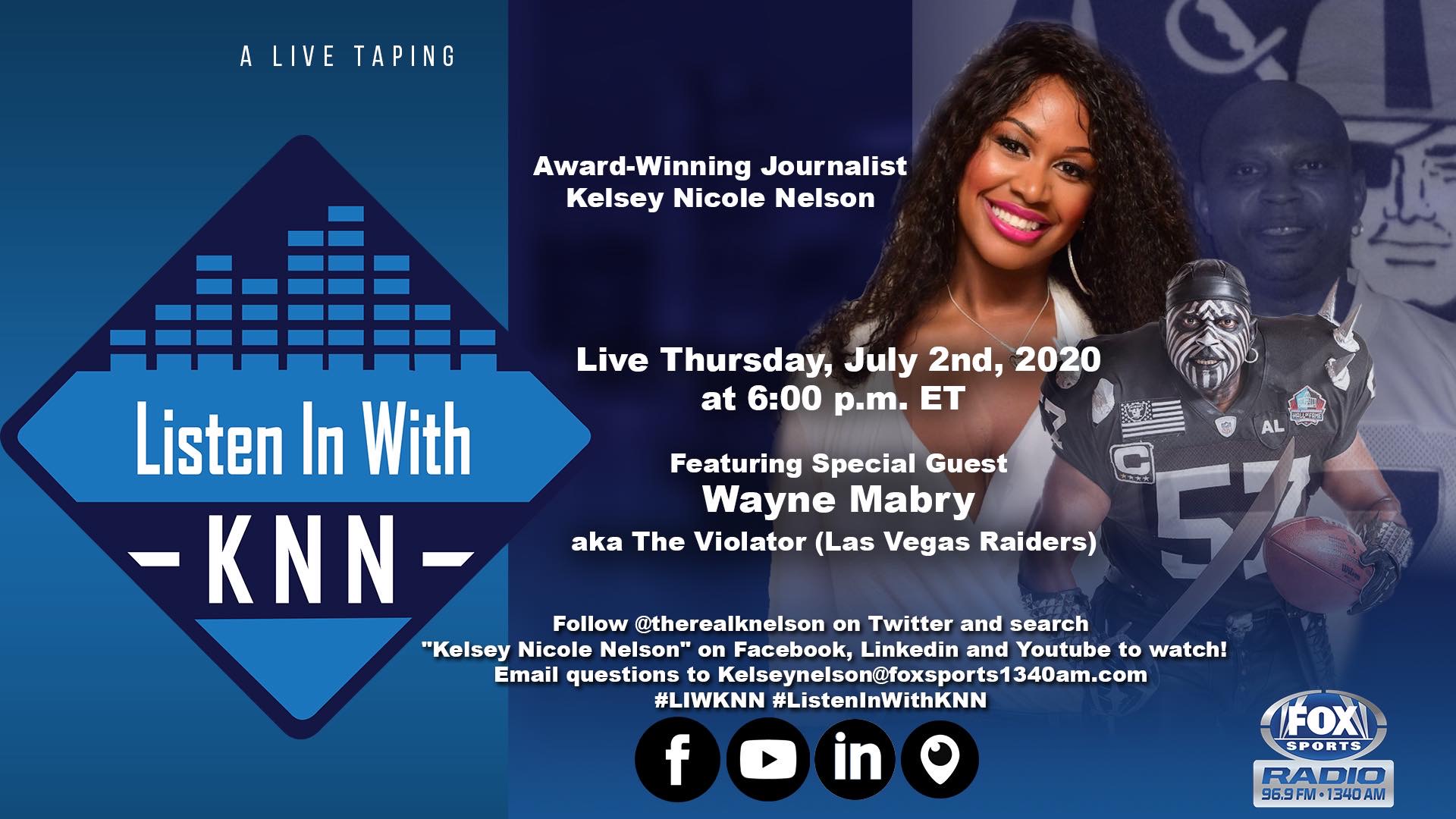 On the latest episode of Listen In With KNN on Fox Sports 1340AM, host Kelsey Nicole Nelson welcomed Las Vegas Raiders superfan Wayne “The Violator” Mabry to the show. He’s been the Raiders season ticket holder since 1987 and is a self proclaimed ambassador of Raider Nation.

“It’s been a fan’s dream for me. When they moved to Los Angeles in 1982, it’s like Christmas came early for me. So I saw them go through the highs and the lows,” Mabry said. “Win or lose I was there.”

He was born in Mississippi and was looked down upon by other kids because he was into swords, knights and dragons. But in 1970, Mabry watched the Raiders play the Kansas City Chiefs and noticed the silver and black team with a pirate on the side of the helmet. It was the moment that he was married to the team.

“That’s my team. My quest began: how can I get to California. I had to get through my mom and said you’re finishing high school before you go anywhere. I did two years at Jackson State and was there with NFL legends Walter Payton, Robert Brazille and Jackie Slater,” Mabry said. “That inspired me to follow my dream.”

The Raiders superfan earned the nickname “The Violator” while being part of the notorious fan base that stood in the south end zone at Oakland Stadium called the “Black Hole.” He had face paint on and wore the team’s jersey and football pads for almost 30 years. Mabry’s intensity on gameday made him a part of the Raiders family.

“It was a mixture of big brothers and little brothers. They always appreciated the intensity and passion that I brought and they knew that was going to be there. They could hear me if they couldn’t see me,” he said.

As a result of his passion for the Raiders, Mabry created his own clothing line of sportswear called Modo Sports in 1993. When he was a bodybuilder in the 1980’s, he didn’t like the type of clothes that people were wearing. So he drew his own designs based on how he felt inside.

“When you go to Modo Sports, my clothing has an attitude. I have a saying that it’s not for everybody but it’s for those who it speaks to,” Mabry said.

With the Raiders gone from Oakland, he encourages fans to still have hope that they bring their fourth Super Bowl title to Las Vegas in the near future.

“Having Jon Gruden and Mike Mayock, those are two football nerds and very passionate about what they do. All these young men have to do is dedicate themselves to their craft and follow their lead. They’re 2-3 seasons away from winning a Super Bowl.”