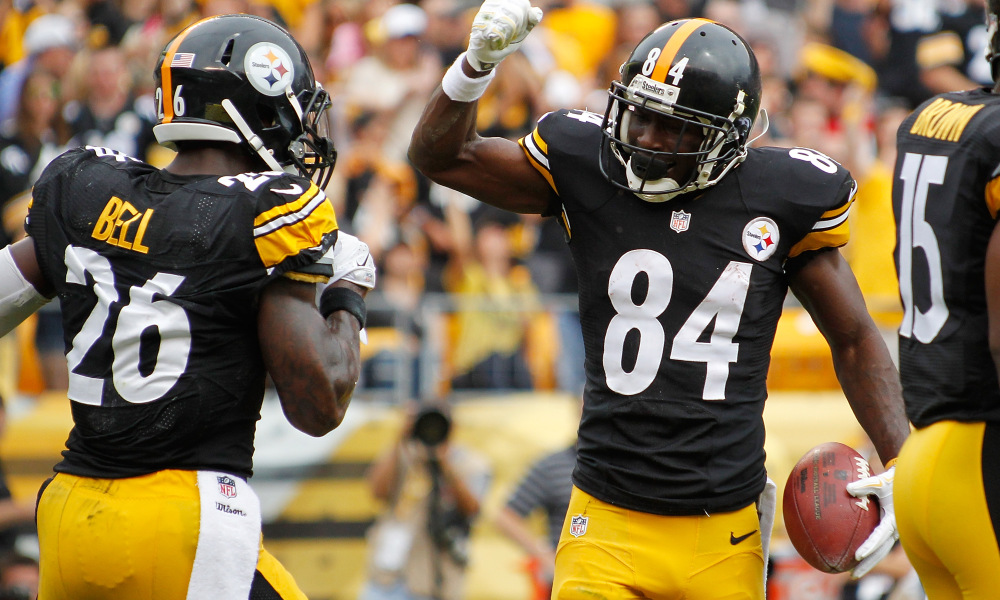 State Of The Franchise turns it’s attention to a triumphant franchise that was on the cusp of another Super Bowl berth this past season, the Pittsburgh Steelers

Before you knew it, the Pittsburgh Steelers were 4-5 and staring at a possible non-playoff season.

However, if there is one thing everyone can agree on about the franchise, toughness is forever attached to the team. After that rocky start, the Steelers strung together seven straight victories to walk into the playoffs with ease. A Wild Card home win and a road victory over Kansas City in the Divisional Round later, Pittsburgh were once again AFC Championship Game participants.

The season did not end in their favor but one thing is certain, the Pittsburgh Steelers enter the 2017 season as a mainstay. Here is their State Of The Franchise outlook.

Head coach Mike Tomlin is one of the most outspoken coaches in the league. Ten seasons on the job in the Steel City has produced 103 regular season wins, seven seasons of double-digit wins, two Super Bowl appearances, and a Super Bowl championship. Behind Tomlin is a veteran staff that has a fair share of experience and fiery personalities. Offensive coordinator Todd Haley is solid and has built a consistent rhythm within the offense. Outside linebackers coach Joey Porter is a future defensive coordinator. The job that Keith Butler did during the 2016 season fell under-the-radar but he quietly improved the unit to 12th overall and 10th in scoring.

Quarterback Ben Roethlisberger earned his fifth Pro Bowl berth this past season with 3,819 yards and 29 touchdowns with 13 interceptions. It wasn’t a normal Big Ben season without missing some time due to injury. He missed two games, one in particular due to a meniscus injury. Although he missed four games in the season, Le’Veon Bell also produced another Pro Bowl season and was fifth in the league in rushing with 1,268 yards. Wide receiver Antonio Brown has plenty of reasons to smile more nowadays thanks to a four-year, $68 million dollar contract extension this offseason. Four straight 100-catch seasons paid off for what many feel is the best receiver in the league.

The offensive line featured a set of Pro Bowlers also with center Maurkice Pouncey and right guard David DeCastro. As a group, the Steelers offensive line got the job done in 2016. The unit allowed just 21 sacks and opened massive holes for Bell and backup running back DeAngelo Williams. It is up in the air whether or not the team will see the services of Martavis Bryant at receiver in 2017. His suspension was for a minimum of one season for the substance abuse violation. In actuality, the Steelers were just fine without him. However, who wouldn’t enjoy having a 6’5 deep threat with dangerous speed.

The offense for Pittsburgh will get most of the headlines. However, the defense for the Steelers is ascending. It may not be a Steel Curtain-type group but it is a batch of talent that made plays in 2016. On the defensive line is an underrated set of disruptors. Defensive ends Cam Heyward and Stephon Tuitt combined for seven sacks and seven pass deflections. Nose tackle Javon Hargrave was a third-round find and started 13 games as a rookie.

The unit as a whole combined for 38 sacks (tied for 9th in the NFL) with the elder statesman James Harrison leading the team with five. His return along with 2015 first rounder Bud Dupree gives the team a capable one-two option but adding to the pass rushers group is probable. Speedy inside linebacker Ryan Shazier is an athletic freak that and is arguably the best player on the defense. The 2016 season was the Shazier’s third as a pro and his first season as Pro Bowler.

The rocky start to the season for the Steelers was all forgotten as the team closed out the regular season strong and made the AFC title game. At full strength, Pittsburgh is probably the biggest threat to the New England Patriots in the AFC. Not only health is important but as is staying out of the league’s front office spotlight.

One thing to monitor for this Steelers team moving forward is the development of young assets. Hargrave is one as is cornerback Artie Burns and strong safety Sean Davis. The advancement of the three can take the Steelers to a different level as a Super Bowl contender.

Overall, the Steelers once again have a dangerous offense and an up-and-coming defense. They enter the 2017 season as favorites to take the AFC North crown and a likely choice for a deep playoff run. Many, including myself, are not surprised by the Steelers quiet news during the free agency period. That has not been their true calling card in the past and things do not seem to change as of now. Supremacy is in the hands of the New England Patriots at the moment. Yet, keeping an eye on the tough-minded Steelers is never a bad idea.