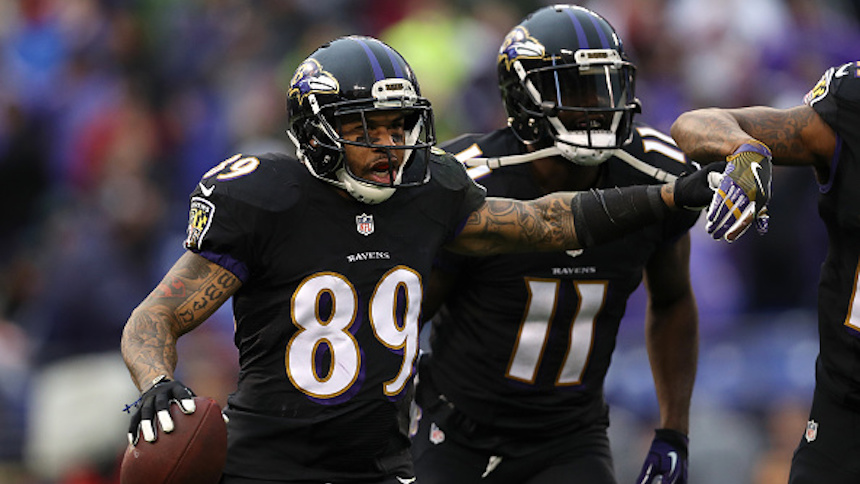 Steve Smith has indicated that this week’s game against the Cincinnati Bengals will be his last game in the NFL.

“Football is a conduit. It’s a platform, good and bad, but it gives you an opportunity,” Smith said. “Football’s given me probably more than I probably could give football back. For 2016-17 and beyond, it is probably my last game.”

Smith defined what heart and passion are on and off the field. He has inspired players, as well as children to take opportunities to go out for their dreams. “I play with passion every day because I know that I have a family that needs me. I am not going to let my family starve. I am very grateful for the opportunity to have 16 years in the game and do something that I love.”

“Today was pretty emotional out on the field because it was windy for a little bit, and some parts of the field were frozen, and the sun was shining, and it was confirmation today. God winked at me,” said Smith.

Smith is a five-time Pro Bowler, a two-time first team All-Pro, accumulating 14,697 receiving yards, and 81 touchdowns. This year he eclipsed 12th all-time career receptions. He has defined all odds regardless of his size in the NFL. He is one of the most feared receivers, even at his age now. What separates Smith is his tendency to get separation on defenders his toughness and ultra-competitiveness.

Smith was drafted third round in 2001 out of Utah by the Carolina Panthers and played for the Ravens for three years. Smith wanted to prove that size doesn’t  matter in the NFL. It’s all about how much you’re willing to put in and have confidence in yourself.

“It’s been nothing but an honor, privilege, and a joy (to coach Smith),” John Harbaugh said.

He used to taunt defenders that attempted to keep him from scoring, but his legacy off the field is what makes him the person that he is. He has no problem with telling people how he strives to be the best, how you need to outwork others and have faith in God and yourself. His character and passion is something that is rare and defines why he is the way that he is and why his work ethic was outstanding.

The future Hall of Famer has not decided what he will be doing after he will retire.