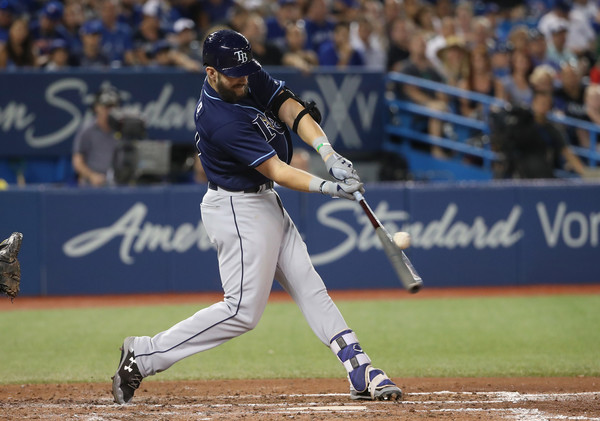 The Yankees fill their need at third base, the Rays continued their rebuild efforts and the Diamondbacks found someone to fill the JD Martinez sized hole in right field.

The deal was especially important for Arizona, as they try to remain in the playoff picture after winning 93 games last season. Martinez, as we know, signed with Boston earlier this week and in doing so, left the Diamondbacks searching to replace the 30 home runs and 65 RBI he brought over from Detroit back in July.

So Arizona did the best they could and brought in Souza, who hit 30 homers of his own with 78 RBI. Now, granted this was over 148 games, which isn’t quite as good as Martinez’s full-season output, but Souza is still a fine player that will provide Arizona with the thump they need to stay relevant.

Just ask JD Martinez about the friendly confines of Chase Stadium, as he hit 29 homers in just 62 games after being traded to Arizona. With these things in mind 30 homers seems like a minimum for the 28-year-old.

Souza will also have the opportunity to pick the brain of Paul Goldschmidt, one of the best hitters in the league, that might help him make some improvements too.

Outside of what he brings with the stick, Souza will be a plus to Arizona's pitching staff as well. Souza is a major defensive upgrade over Martinez. Last year, over the course of the full year, Martinez cost his teams 5 defensive runs while registering a UZR of -7.7, and while his bat ended up cancelling out his defensive shortcomings, those are still ugly numbers. Souza meanwhile, saved 7 runs defensively and logged a UZR of 4.1. So while Souza is no defensive wizard, compared to Martinez he is practically Dumbledore in right field. Plus Souza once saved a no-hitter for the Nationals.

All things considered, Souza is a really great fit for Arizona and will help them continue to be a force in the National League. After their abrupt exit from the playoffs in the division series the Diamondbacks will be looking to avenge themselves and make a bigger statement. The acquisitions of Souza, Brad Boxberger and Jarrod Dyson paired with the return of Shelby Miller from Tommy John surgery should help the Diamondbacks do just that.