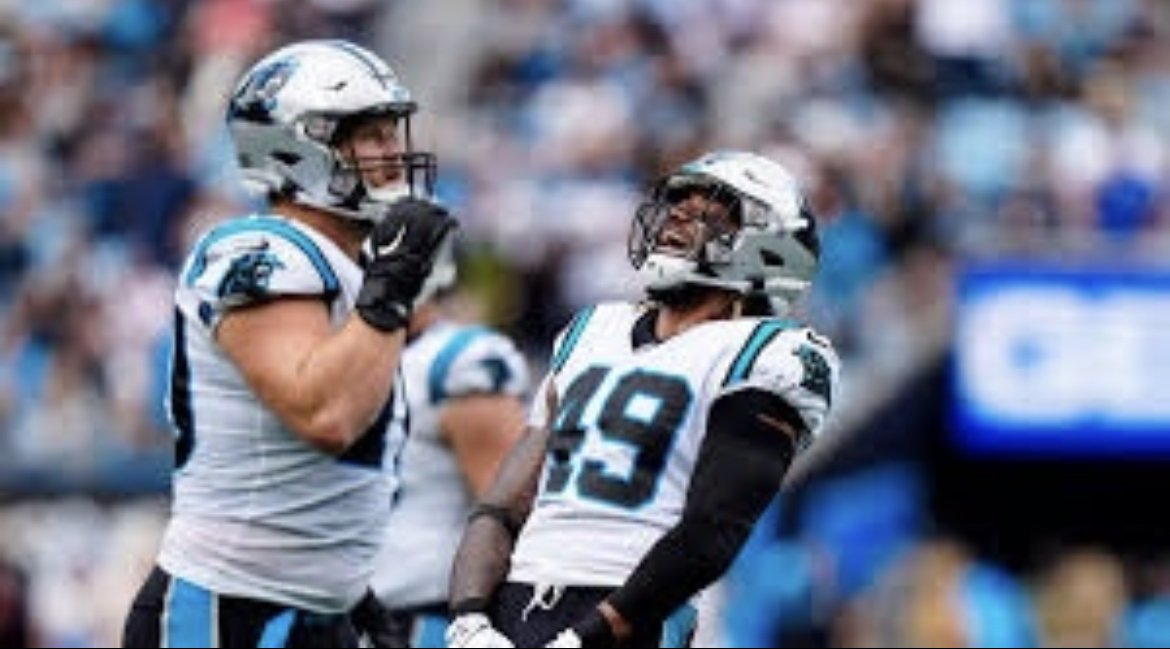 If last week a must-win, this week’s home game against divisional opponent New Orleans Saints certainly felt like “do or die.” Despite reports that Carolina Panthers owner David Tepper is willing to be patient with third year head coach Matt Rhule, there has to be a sense of urgency with no home wins in over a calendar year. The last time the victorious sound of “Sweet Caroline” blared over the speakers at Bank of America was September 19, when the Panthers beat an injury-ridden Saints squad.

Red zone defense and turnovers were areas of emphasis for the Carolina defense and they showed up in a big way early. The squad notched their first takeaway of the season with authority. Linebacker Frankie Luvu knocked the ball from the grasp of Saints running back Alvin Kamara. Defensive end Marquis Haynes came Cthrough for the scoop and score and put the Panthers on the board with a 7-0 lead with 5:32 to play in the first quarter. As much as the defense thrived, offense could not quite catch a spark. The team’s only points for the rest of the half came from the leg of Eddy Pineiro. Field goals of 45 and 48 yards gave Carolina a 13-0 lead at the half while quarterback Baker Mayfield sputtered to 44 yards passing and a rating of 61.1. The Saints had struggles of their own – their most promising drive of the half was squashed when Henry Anderson blocked Will Lutz’s 30-yard field goal attempt.

Offensive struggles continued into the second half with the Panthers maintaining the 13-point lead into the fourth quarter. A 5-yard touchdown run by Saints running back Mark Ingram finally put New Orleans on the board with 12:31 left in the game and the familiar sense of a late-game meltdown began to reverberate throughout the crowd. They’ve been there before. But Laviska Shenault Jr. wasn’t here. In his first game action as a Carolina Panther, he accounted for 103 yards of offense to answer Ingram’s score. After a 36 yard kickoff return, Shenault Jr. took a short left pass from Mayfield 67 yards for the score and to increase Carolina’s lead. A failed 2-point conversion made the score 19-7 with a little over 12 minutes to play. The next series, Derrick Brown got the Panthers’ second turnover of the day when he intercepted Winston at the New Orleans 35 yard line. Once again, the offense sputtered, settling for another Pineiro field goal to make the game 22-7 with 8:19 to play.

The Saints didn’t go down without a fight. After two big pass plays of 38 and 48 yards, Winston capped the drive with a 4-yard touchdown toss to Marquez Callaway to bring the Saints within 8 points with a little more arothan 2 minutes left to play. After the Panthers went 3-and-out, cornerback Jaycee Horn intercepted Winston at midfield to seal Carolina’s first win of the season – and their first in over a year in front of the home crowd. Mayfield finished 12-of-25 for 170 yards, one touchdown, and an 83.8 rating. Winston finished 25-of-41 for 353 yards, one touchdown, one interception, and a 76.6 rating. Carolina moves to 1-2; 1-0 in the NFC South and host the Arizona Cardinals next week. The Saints fall to 1-2 overall and in the division. They travel to London on Monday.