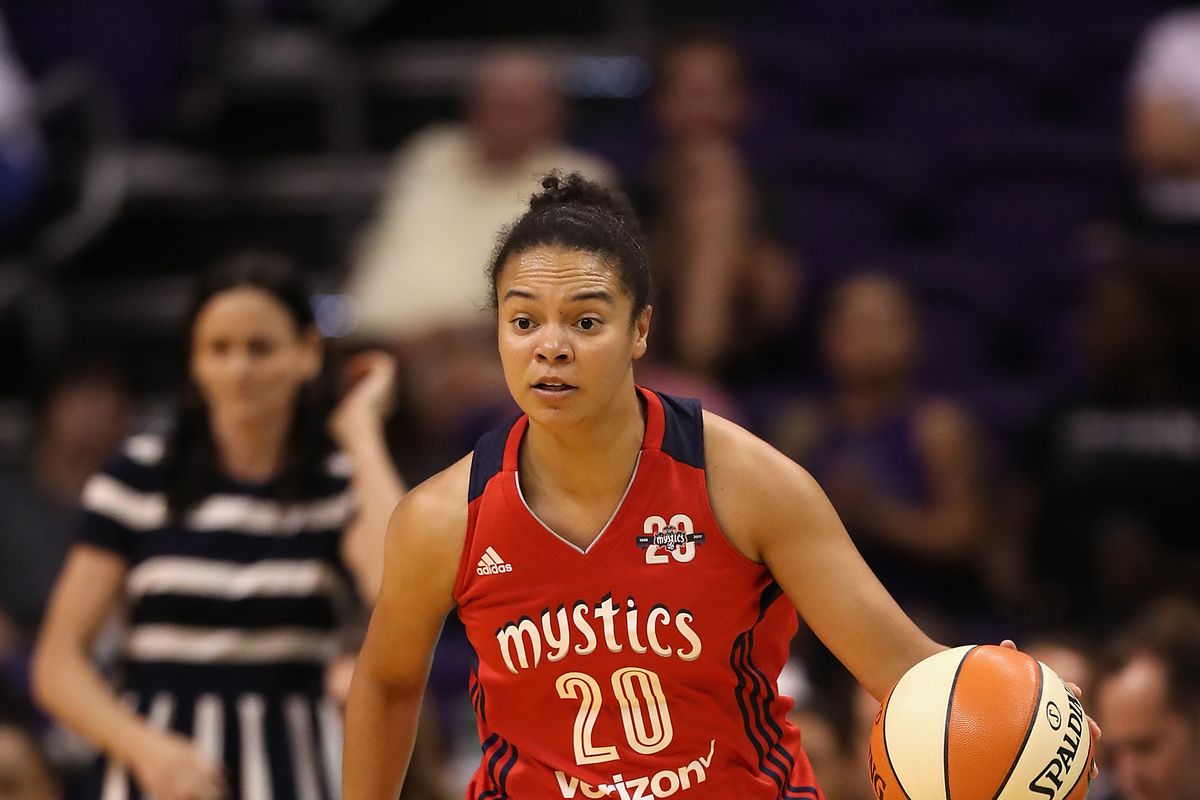 There has undoubtedly been excitement around the Washington Mystics (21-8) who are on the verge of having their most winningest season in franchise history. Two more victories puts them at the top of the Mystics History books for most wins in a regular season.

Elena Delle Donne finished with a double-double for a team-high 22 points and 10 rebounds. Tianna Hawkins added 15 as Aerial Powers and Emma Meesseman chipped in with 14 points apiece.

Kia Nurse finished with a game-high 24 points for the Liberty.

The Mystics split the weekend 1-1 as they stay at the top of the league.

However, with all the excitement, we cannot overlook one player that still has not returned to the court- Kristi Toliver. Since early August the Mystics have played without their starting guard.

Earlier this season, the Mystics had a stretch without Elena Delle Donne who was out with a fractured nose. It is hard to overlook that three of their losses this season happened during that time.

Now a different All-Star has been out as Sunday’s win marked Toliver’s sixth game injured. It seems that the pick and roll play on August 8th ended up being a season-changing injury for the 11 season veteran.

Those in attendance Sunday not only saw the Mystics dominant victory over New York, but also their all-star on the sideline in a knee brace and for those in the locker room, saw her on crutches.

According to Head coach Mike Thibault Toliver suffered a bone bruise. Her estimated and hopeful return timeline is now the playoffs.

Who can forget just one year ago, when a bone bruise sidelined Elena Delle Donne in the playoffs. Although she was able to get back on the court after five days of intense rehab, with her not at 100%, that may have cost the Mystics the 2018 championship as they were swept by the Seattle Storm.

Now on track to potentially return to the WNBA Finals, they are injury bitten again with another all-star down with a bone bruise.

Delle Donne admits she still has knee pain to this day and has been working with Toliver, sharing advice on what worked for her, but time is ticking.

The playoffs will start just one month after Toliver’s injury versus the Indiana Fever.

As the team’s second-leading scorer, veteran leader, and the only Mystic to have ever won a championship, with a championship-caliber team Washington can only hope that she is able to get back on the court healthy in time for the postseason.

In the meantime, as the Mystics patiently wait and hope that teammate Kristi Toliver makes a healthy return, they have their final five regular-season games starting with the top team in the West up next.

Washingon is back at Entertainment Sports & Arena Tuesday night to take on the Los Angeles Sparks (18-10) for a 7:00 pm ET tip-off.