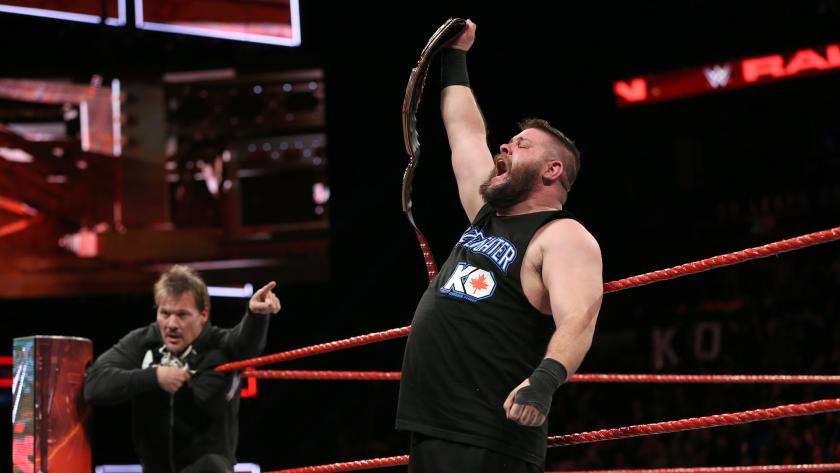 RAW was the aftermath of a compelling and controversial Survivor Series pay per view, I will provide you will my top three highlights as well as the results.

The main event was no disqualification match between Seth Rollins against Kevin Owens for the WWE Universal Championship. The match started when Kevin Owens made a special appearance on The Highlight Reel. The best friends Chris Jericho and Kevin Owens blamed Roman Reigns, as the main reason for team RAW losing at Survivor Series both Roman Reigns and Chris Jericho was banned.

This match had everything that the fans would want in a no disqualification match. Tables, chairs and fighting in the crowd. It was one of the best main event matches that I have seen live in a very long time.Rollins pulled out all the stops even diving off a RAW sign near the fans on top of Kevin Owens. Going into the match I knew that Chris Jericho would make his presence known. Chris Jericho had a Sin Cara mask on and knocked out Rollins from the crowd.

Then Rollins hit the Pedigree on Jericho that took him out of an equation. Owens capitalized and destroyed “The Architect” Seth Rollins with the apron Powerbomb and he got the win and Owens retained his WWE Universal Championship. This main event made up for that disaster that was a so called main event at Survivor Series between Goldberg and Brock Lesnar.

WWE will be premiering 205 Live which will showcase the best Cruiserweight talent next week. Therefore there was an opportunity in a triple threat match between Swann, Noam Dar, and TJ Perkins to earn a shot at the WWE Cruiserweight Championship.

It was a fantastic a match between three elite Cruiserweights. Swann hit the Rolling Thunder on Perkins while Dar was stuck in the Kneebar. Noam Dar was take out of the picture. Swann kicked TJ Perkins in the face and he got the win in order to punch his to punch his ticket to 205 Live. Next week on 205 Live Rich Swann will take on The Brian Kendrick for the WWE Cruiserweight Championship.

After Goldberg shocked the world when he defeated Lesnar in under less than 90 seconds at Survivor Series. Goldberg started off the show by thanking the crowd for all the love he received at Survivor Series. He made it official he has one last title run in him and Goldberg declared himself to participate in the Royal Rumble.

Luke Gallows and Karl Anderson defeated The Golden Truth via The Magic Killer on Goldust, they have become number one contenders to the Raw Tag Team Championship.

Braun Strowman made another statement out of Sami Zayn the referee via match stoppage.