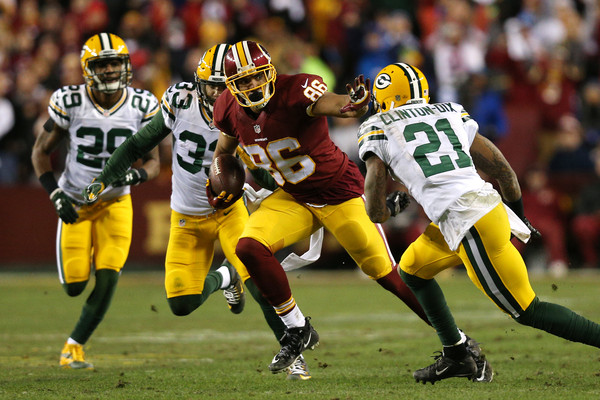 Today the Washington Redskins made a move at the trade deadline, trading for safety Ha Ha Clinton-Dix from the Green Bay Packers. Clinton-Dix  was the 1st round draft pick of the Packers in 2014 out of the University of Alabama. Over his career Clinton-Dix has 390 total tackles with 14 interceptions, including 27 tackles and three interceptions this season.Clinton-Dix is on the final year of a four year deal so he will be an unrestricted free agent at the end of the season. If the Redskins are unable to resign him they would receive a compensatory pick in the 2020 draft.

Clinton-Dix, who will turn 26 in December, will now be paired up with DJ Swearinger at safety, with those two having the two highest rating by Pro Football Focus this season. There has been rumors of a possible injury to Montae Nicholson, who has had an up and down season. I expect Clinton-Dix to take a couple of weeks to get up to speed but now the Redskins secondary has much needed versatility. The Redskins could add a joker safety with Nicholson playing in the box as a nickel linebacker, Clinton-Dix can cover the slot in a pinch, and allows the corners to be more aggressive knowing they have Swearinger and Clinton-Dix behind them. In a corresponding move I expect the Redskins to place rookie safety Troy Apke who again tweaked his hamstring injury to the injured reserved.