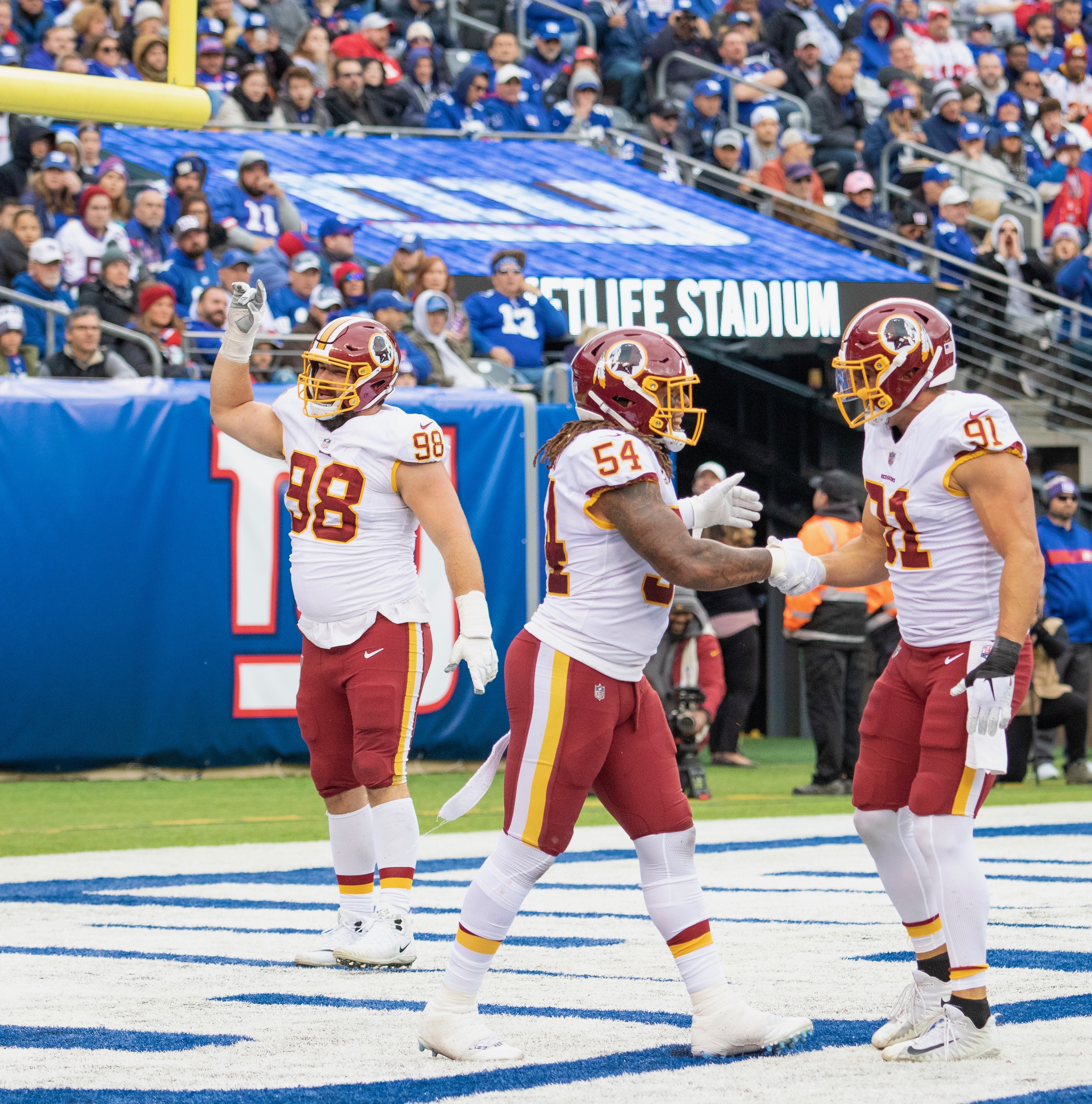 The Washington Redskins extended their win streak to three games with a 20-13 victory over the New York Giants. The Redskins’ record now stands at 5-2 and are 2-0 in the NFC East and have opened a 1 1/2 game lead on the Philadelphia Eagles. The defense turned in another stellar performance while Adrian Peterson had another impressive day. The team as settled on an identity of strong defense and running game. Here are my Good, Bad, and Ugly moments from the Giants game.

Adrian Peterson- I am running out of superlatives to explain Peterson and the season he is having. Peterson had 26 rushing attempts for 149 yards and a touchdown while also one catch which was a seven yard touchdown reception. This game was fairly devoid of energy however Peterson made run after run to move the chains. Peterson did have one bad fumble in the Red Zone but his 65 yard touchdown run was the clincher. The Redskins need to look into locking Peterson in for next year.

Defensive Line- Playing against a subpar offensive line the defensive line controlled the entire game. First they held Saquan Barkley to 38 yards on 13 carries. Secondly they pushed the pocket back and sacked Eli Manning seven times and had 10 hits on him as well. Matt Ioanndis led the way with 2.5 sacks, Ryan Kerrigan had 1.5, while Da’Ron Payne, Jonathan Allen and Josh Harvey-Clemons each had one. Most of the passing yards for Manning came after the game was already decided. This is the strength of the defense and looks to be for years to come.

Josh Doctson- No player has ignited more disagreements with the fan base than Josh Doctson. We are now seeing his full arsenal of ability on display. Primarily used on go routes and fade routes in the red zone, Doctson has been running more slants and inside routes. Also there are more plays where Doctson is the primary target, and he is showing his ability. Doctson had five receptions yesterday and he will become a more featured part of the offense.

Giants Offensive Line- The Giants offensive line played really bad. They did not block well at all in the running or passing game. Any talk of a rebuild with them needs to start there.

Eli Manning- Eli Manning looks like he has gotten to the end of the road for him. Even though he has a bad offensive line, there were times he had bad throws and bad choices. Manning has had a great career but it is time for the Giants to go in another direction.

Injuries- Trent Williams has a dislocated thumb on his right hand. Williams who is always tough says he will try to manage his pain and play Sunday. Troy Apke injured his hamstring again and Kapri Bibbs has a bruised sternum. All are day to day.

Alex Smith- The quarterback Alex Smith has been effective for the Redskins this season. Smith’s stats haven’t always been pretty and that has brought angst among fans. Smith’s teammates love him so there is no issue there. Coach Gruden knows that the passing game will have to be more effective heading into the second half of the season. Smith was a mixed bag Sunday with some great throws and some missed throws. However his greatest attribute is his ability to not turn the ball over.

Put teams away- Even though the Redskins dominated that game the score was closer than it needed to be. The entire third quarter and most of the fourth, the offense had chances to put the game out of reach. They settled for two field goals and had another red zone opportunity ended with a Peterson fumble. This goes on the entire offense and the play calling. If the Redskins get two touchdowns and a field goal that game is out of reach.