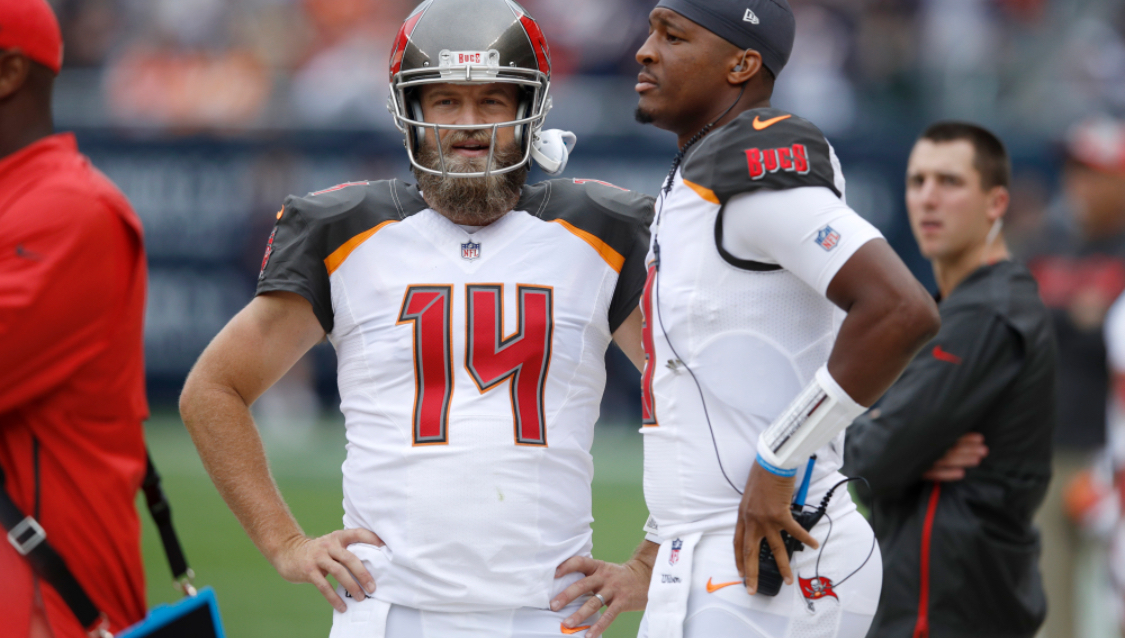 While the Carolina Panthers were busy dismantling the NFL’s top ranked defense Sunday afternoon, the Tampa Bay Buccaneers were facing yet more questions at quarterback.

Starting quarterback Jameis Winston was benched after throwing four interceptions in the Bucs 37-34 loss to the Cincinnati Bengals on Sunday. With Sunday’s forgettable performance, Winston has thrown 2 or more interceptions in 5 straight games dating back to the 2017 season. Winston, the first overall pick in the 2015 draft, threw 13 total interceptions during that span; a feat matched only by one other player. Ironically, that other player is Ryan Fitzpatrick who came into the game Sunday and almost led the Bucs to a comeback victory before falling short. Fitzpatrick started the first four games for the Bucs as Winston served a three-game suspension.

Fitzpatrick’s play during the first four games garnered the nickname “Fitzmagic” as he won NFC Offensive Player of the Week honors for the first two weeks of the season. It appeared that “Fitzmagic” was active in thriving as he entered the game with 2:10 remaining in the third quarter and the Bucs down 34-16. With Fitzpatrick under center, the Bucs scored on three of their four final drives before the Bengals kicked a field goal to close out the game with a win. Fitzpatrick now has an overall 2018 passer rating of 119.3 which leads all qualifying passers in the league.

At the time that Panthers defensive coordinator Eric Washington spoke with media early Monday afternoon, it was unknown which quarterback his unit would be facing on Sunday. According to Washington, it doesn’t matter.

“As a coordinator, you have to be aware of the individual skill set of that person that’s competing and just also understand how he fits into the offensive concept and their philosophy. So, we’ll be ready for both. We know both of them and they may have had their issues but both of them can light it up and produce a lot of yards at any given time and we’ve seen that from them already this year.”

Shortly thereafter, Bucs head coach Dirk Koetter announced that Fitzpatrick will be the starting quarterback when the Bucs come to Bank of America to face off with the Panthers. Koetter went on to say that the move gives his players the “best chance” to win against a divisional foe but did not expand on if the move is a permanent one.