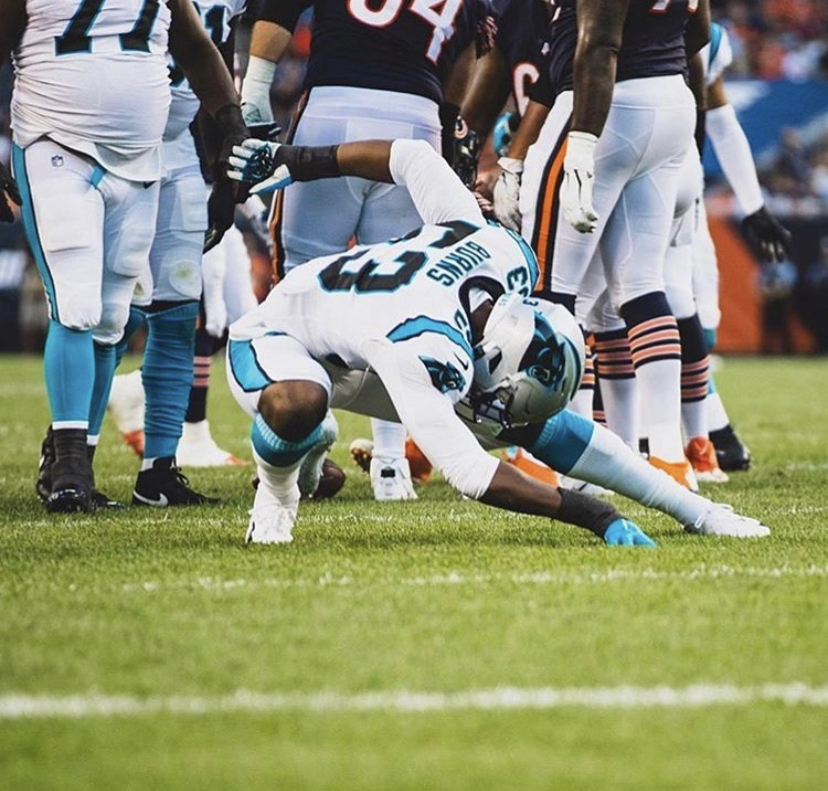 Brian Burns wiped the sweat from his brow and squinted into the sun as he recounted his first NFL training camp experience. “I feel good. I’m leaving with a slight bruise but I’m alright,” said the Carolina Panthers first round draft pick. The defensive end out of Florida State followed up on that statement, disclosing that a minor ankle tweak from Tuesday’s practice will not keep him out of Friday’s preseason game against the Buffalo Bills. “Going into the next preseason game, I feel confident. I had a great game against the Bears in my opinion. This camp, I’d rate it , I’d say an 8. Most days were productive. I worked on my skills, I honed in on specific techniques that Rio (Mario Addison), Bruce (Irvin), and Quis (Marquis Haynes) have helped me out with,” said Burns to the small group of media gathered on the practice fields at Wofford College.

Asked if he hit a wall after 8-9 days of camp, Burns insists he was still ready to go. “It’s just, it was some dog days, some tough days, especially when the vets take their vet day. Yeah…you really question whether you want to play football, but nah, I was good,” said Burns. As for that famous Spartanburg heat and humidity, it was hardly an issue from Burns having played in the Tallahassee heat. For Burns, the amount of reps, speed, and expectations were the more pressing factors – and expectations are high for this Panthers defensive line.

“It’s always gonna be high expectations obviously, but just like being around those guys (Gerald McCoy, Irvin, Addison, and Haynes), being around those vets and they’ve got so many stripes in the league and all the accomplishments they’ve had in their careers, it’s amazing. It’s a blessing so I’m just glad to learn under them.”

In his first NFL game, Burns only only saw 10 snaps, but he made them count, recording two sacks before head coach Ron Rivera pulled him. In celebratory fashion, Panthers fans were treated to the Burns’ Spiderman man pose, a move he has been doing since his Seminole days. With the flash and spark he brings to the defense, Burns may be the most impactful player this season as the Panthers move to a 3-4 defensive scheme. The defensive end acts as a hybrid, dropping back as an outside linebacker which his speed allows him to do effortlessly. All of that, and more, should be on display Friday as the Panthers return to action at Bank of America Stadium against the Bills. Kickoff is scheduled for 7:00PM EST.