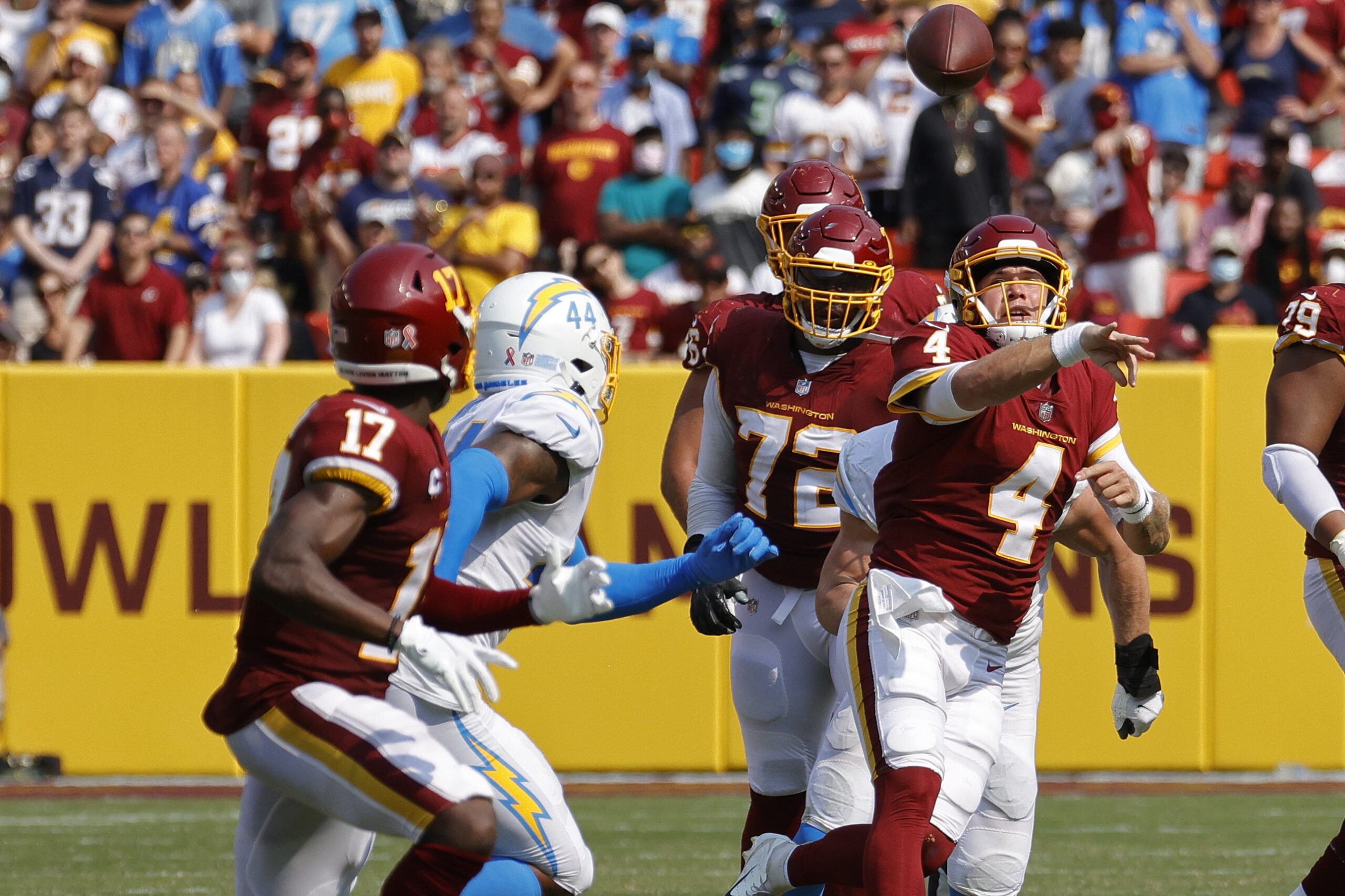 Usually NFL seasons aren’t decided in week 4, but for the Washington Football Team their visit to Atlanta to face the Falcons is that the case. No the season will not be over regardless of the result, however the goal for the season will definitely shift. A win and sitting at 2-2 the goal of contending for the division will still be in play. However a loss will put them further behind the Dallas Cowboys and Washington has a tough schedule ahead. So if this team wants to live up to the hype of the offseason they must defeat teams like Atlanta. Atlanta has remade their coaching staff and are in almost full rebuild, but still have Matt Ryan who is 5-0 in his career against Washington. Here are my three keys for victory for Washington to defeat the Falcons.

For the first three games the defense has played reactionary and the opposing offenses has attacked. In all three games the opposing offense has taken the opening drive right down the field and scored a touchdown. The defense last year started slow and got stronger, but this year the defense has started slow and chased all game. Defensive coordinator Jack Del Rio needs to change things up. First use personnel in the correct manner. Let your rushers rush, and use stunts and different alignments to free rushers. Use Jon Bostic going downhill where he is solid playing the run and blitzing the quarterback and not in deep coverage, let William Jackson and the corners play press man coverage, and let Landon Collins play closer to the line of scrimmage. Matt Ryan is not mobile like the first three quarterbacks the defense has faced, and Del Rio should attack him all game.

Taylor Heinicke has shown improvement this season with staying the pocket and going through possessions. Often accused of being more of a school yard quarterback, Heinicke has been in the pocket more. With that being said, for the Washington offense to be a real threat, the offense must use his legs more. Now teams have game planned to keep him bottled up in the pocket, but Scott Turner can use his legs in other ways. Turner can run more bootlegs and get Heinicke out of the traditional pocket. Heinicke is a gamer and an off script play maker, Washington has to use that to their advantage. Heinicke is heading home to Georgia, let him be aggressive which allows him to play more confident.

3. Stars need to be stars

Washington needs their best players to step up, plain and simple. Washington has the more talented roster and that talent needs to take over. Curtis Samuels looks to make his Washington debut tomorrow and he should add some explosiveness. Logan Thomas needs more touches to be the impact player that he is. On the defensive side, this is the game for Chase Young and Montez Sweat to take over. The defensive line needs around four sacks and around eight quarterback hits. If the defense plays passive then Matt Ryan will flashback to his MVP season and light the defense up.

I think that the Falcons are exactly what the doctor ordered for this team after that Bills loss last week. The game will start slow but Washington will impose its’ will in the second half. Washington 27 Falcons 13