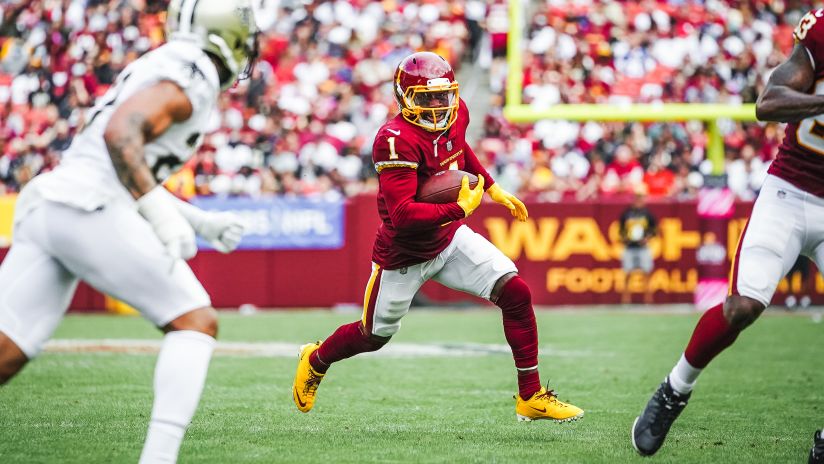 Well, welcome back to “As the Ashburn Turns”, where the familiar refrain of mess off the field is wild and definitely not wonderful. This franchise can never be just an on the field team that just wins games. And sadly that is sapping the beacon of hope the last season provided to the fan base, is quickly going down the drain. The Sean Taylor jersey retirement debacle has just made it even worse. And with all those contributing factors, Washington will have their alumni game hosting the Kansas City Chiefs today. If I told you before the season that Washington and Kansas City would have the same records entering this game, you’d think Washington was in great shape. Alas, Kansas City has lost a bit of mystique with a very subpar defense and an offense that turns the ball over. If Washington to pull the upset, here are my three keys to victory.

The Kansas City Chiefs have lost three games this season and in each game the winning team has employed the same formula. The teams have play two deep safeties and keep Tyreek Hill double covered and bracket Travis Kelce. Then hit Patrick Mahomes and make him throw bad passes. Mahomes has thrown plenty of interceptions this season so far and the Chiefs have shown a reluctance to long sustained drives. Jack Del Rio needs to simplify the defense and this is a way to do it. Never leave a player one on one with Hill and play cover 2 shell. Then live with your defensive line creating pressure. Washington does not have to recreate the wheel, just copy and paste.

The best way to not have Kansas City offense attacking your defense is to not have them on the field. The way to do that is running the ball and feature Antonio Gibson and company. Long sustained drives will eat the clock and keep the Kansas City offense off the field. The Chiefs have the 32nd ranked defense especially against the run, so we need 150 rushing yard to be competitive in this game. We have the horses so we need to use them to keep the pressure off of Taylor Heinicke, who should not want to get into a shootout with the Chiefs.

Washington developed a swagger last season in their run to the division title that was aggressive and fun. This season the team has been super flat and super reactionary in every game. The opposing team has dictated the game to Washington and it always always taken the first punch. Washington should come out with the mentality that, we are a good team and haven’t played well. Let’s take our game to the next level. Washington does not have a good reputation around the league, so use that as motivation. The league expects Kansas City to reclaim their swagger today and go prove the league wrong.