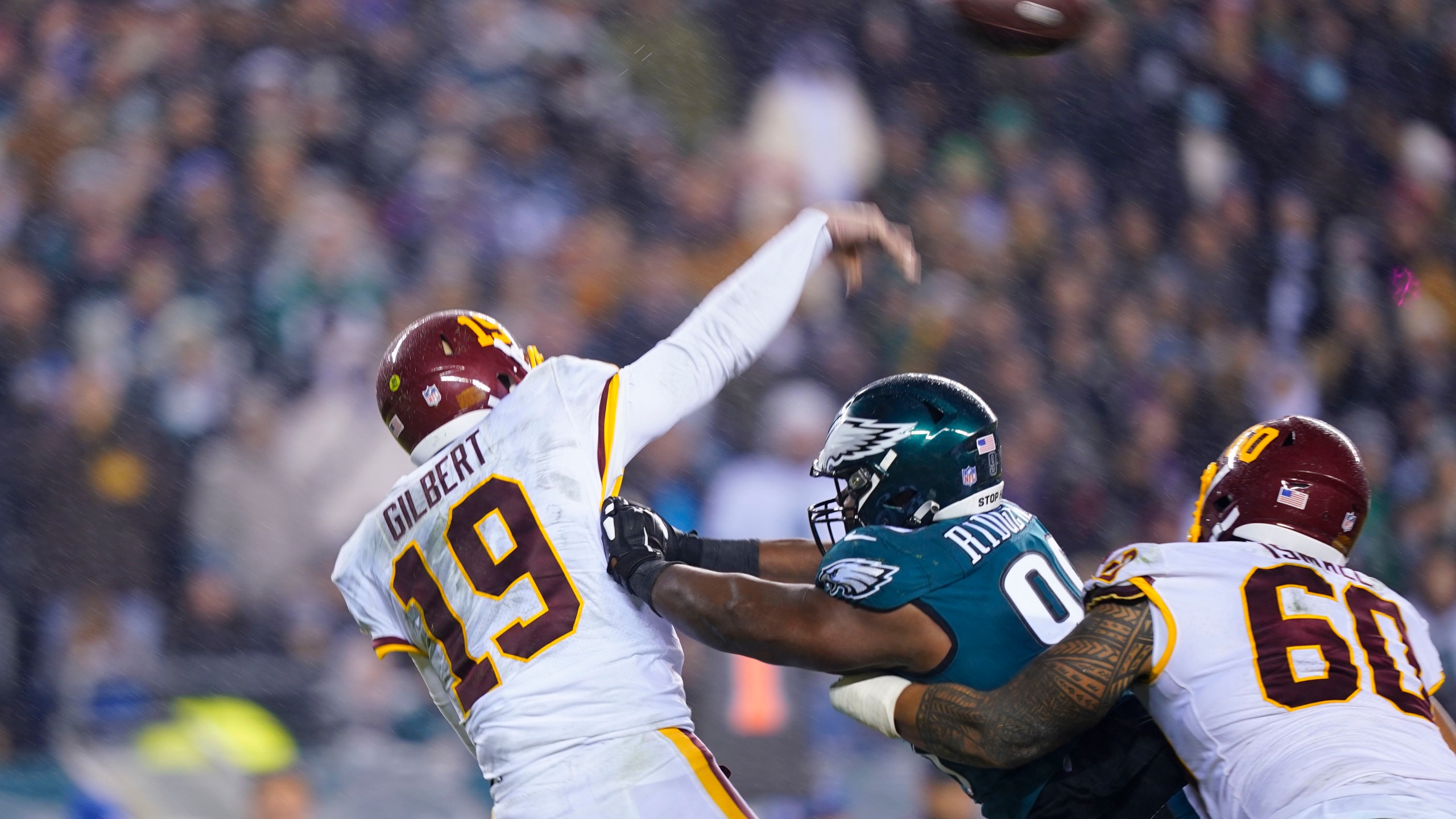 The season has turned on its head in the last three weeks after three straight divisional losses and dread is all over the DMV. However as bad as the team has been they still have a realistic chance at the playoffs. That starts with a win today over the Philadelphia Eagles. Only 12 days ago the Eagles ran all over a depleted and undermanned Washington defense. The game started off well with a quick 10-0 Washington lead but then the Eagles imposed their will on the ground. With Washington a tad healthier can that change? Here is what Washington must do to upset the Eagles.

The Eagles come in with the league leading rushing offense averaging 163 yards a game. Washington’s defensive line should be fresher today they must control the line of scrimmage. Montez Sweat not playing will negatively effect the ability to contain Hurts on the zone read stuff, but that’s what Washington will have to do. When the Eagles can’t run the ball, they lose their comfort and don’t play well. Make Jalen Hurts throw from the pocket to beat you. Goal: Hold the Eagles to 110 rushing yards or less.

2. Take Care of the Ball

When the team was on its four game winning streak the offense took care of the ball. In the three game losing streak, Washington has turned the ball over 6 times against the Dallas Cowboys. That is losing football not matter the level you play at. Taylor Heinicke needs to stop trying to make the home run play and take what is given. The Eagles got to face Garrett Gilbert fresh off the street, so Taylor will be able to run the entire offense. Take care of the ball and you should be great. Goal: Zero turnovers

Expectations are gone from this team, the team is back to being expected to not be good. That can be a very dangerous team when that team plays hard (see the Lions). That depends on if the issues that the team has can be channeled against an opponent. That takes every players giving their all to win. That falls on Coach Rivera to take chances and be aggressive. Try trick plays, go for it on 4th downs, have fun. Goal: Three tricks plays/fourth down conversions

The lower the score the better the chances for Washington. I believe Washington will play well but will run out of horses at the end. Philadelphia 27 Washington 17