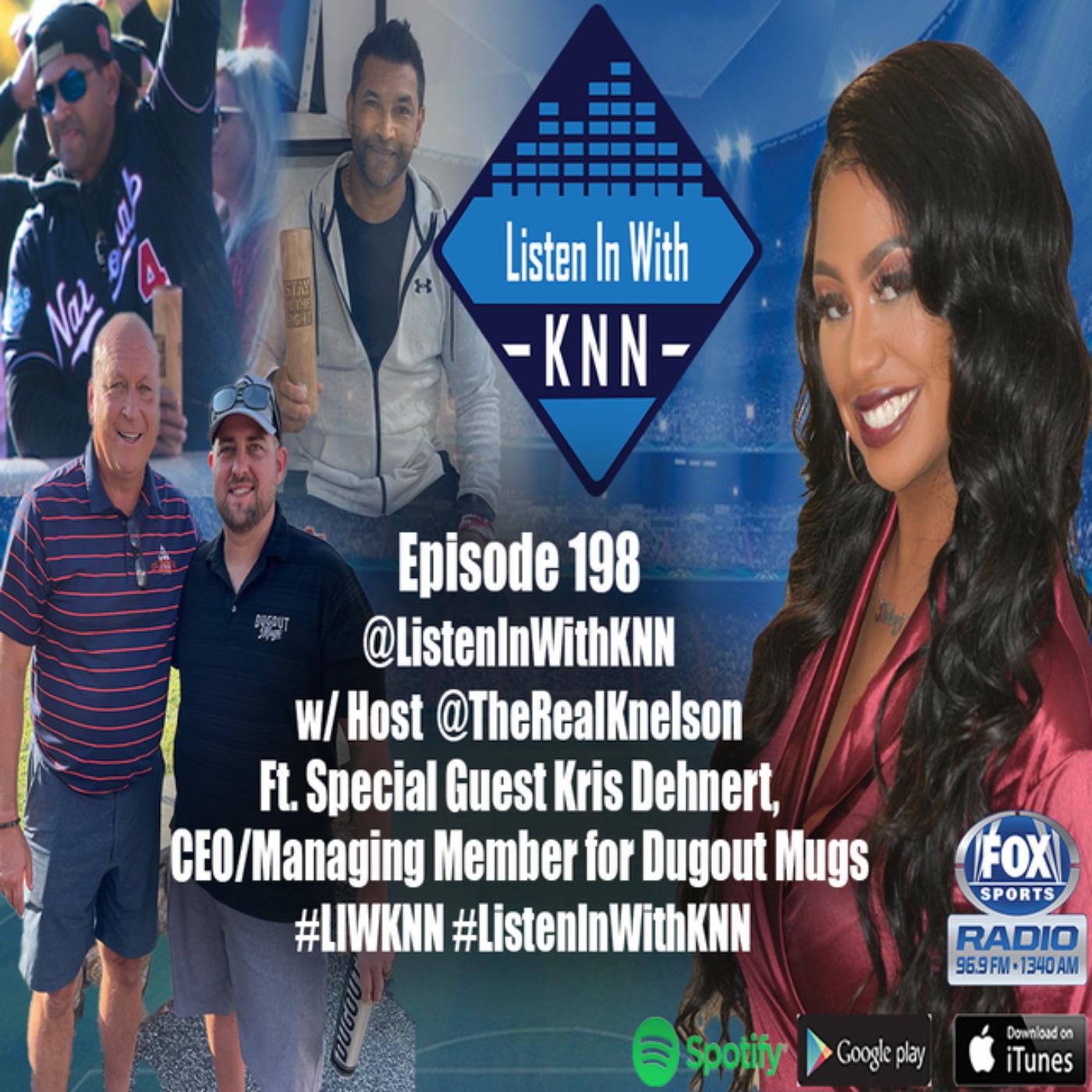 On this episode of “Listen In With KNN” presented by Fox Sports Radio 96.9 FM/1340 AM, executive producer, and host Kelsey Nicole Nelson welcomed special guest Kris Dehnert, the CEO/Managing Member for Dugout Mugs to the show.

Dugout Mugs has become a household name amongst the baseball community. Dugout Mugs are officially licensed Major League Baseball (MLB) bat-themed mugs and accessories with all teams and players available! They are licensed with the MiLB, MLBPA, and the Hall of Fame. The company got started in 2014 when former Major League Baseball player Randall Thompson was sitting in the dugout as a pitching coach for Florida Tech. Thompson noticed the hitting coach cut the top off a baseball bat and leave the barrel lying in front of him and immediately the idea for Dugout Mugs was created. Thompson would begin to talk to others about his idea and soon thereafter the company was created.

Kris Dehnert comes from a business background. He started the Dehnert Media Group, Inc. in 2011 out of Lakeland, Fla. Dehnert Media Group is a consulting company that works primarily with small businesses looking to grow. The company is experienced in business strategy, marketing, and eCommerce. Dehnert and his media group focused on leveraging his time, money, and network to help the companies he worked with grow. In 2017, Dehnert became a member of Dugout Mugs and the CEO of the company. Dehnert has helped generate over 40 million dollars in sales online throughout his illustrious career. “If we only do the right things every single day, the money is going to show up. Focus on the mechanics, you don’t just wake up, and you’re throwing 95,” said Dehnert.

Dugout Mugs recently were on the cover of Tampa Bay Business Wealth magazine as well as, Forbes, Huffington, and landed No.719 on the Inc. 5000, the top 5000 fastest-growing companies in America. “You can do the right thing. You don’t have to get over on anybody. Have fun, do something exciting, and just do good by people and create wealth,” said Dehnert.

In addition to being a businessman, Dehnert is also big on spending time with his family. He’s a family man who’s a husband and proud father of two girls. Dehnert brings his daughter to meet players when he goes to various MLB ballparks. Echoing the importance of his children and not wanting to miss out on family time, Dehnert has created an email address for his daughter, which he fills with messages and pictures for her to look at later in life. “20 years from now she’ll open this email and have hundreds of photos, messages, and videos of my words from that day,” said Dehnert.

Dehnert is grateful for everything in life. In 2015, Dehnert had a near-death experience when his appendix ruptured on his way to a business venture. Dehnert chose not to address the pain he was feeling until a week later when he wound up in the hospital. Dehnert was told he should have died three days prior and that he still could die when they do the necessary surgery. Being a new father, he realized that “people think they have time when it can be taken away from you at any moment.”