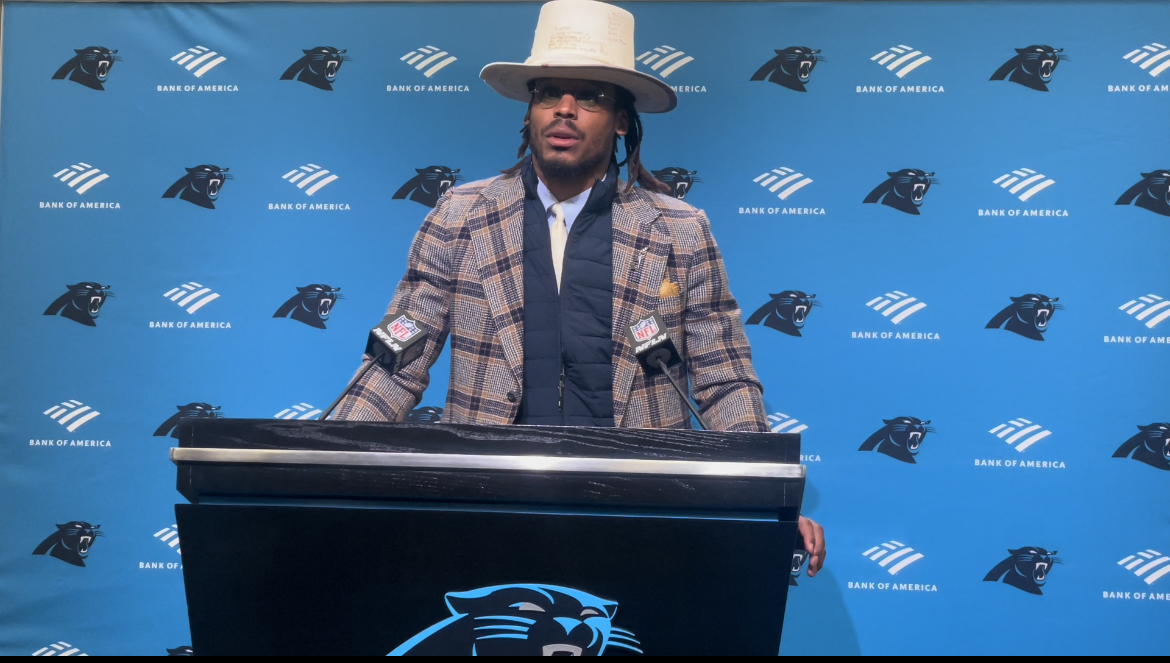 In what could be viewed as his swan song, Carolina’s adopted native son Cam Newton got deeply reflective following the Panthers’ loss to the Buccaneers on Sunday. Newton came back to the team that drafted him first overall back in 2011 – but things were different this time. His unceremonious exit following the 2019 season left a bitter taste in the mouths of most Panther faithful. It was a taste that has only soured as the team continued to suffer through the dating phase of finding their franchise quarterback. After a forgettable season in New England, wrecked by Covid opt-outs and lack of offensive weapons, the former Heisman winner was released after signing an extension and was unemployed until the quarterback needy Panthers were back on his line two days before their Week 10 trip to Arizona. It was a glorious fairytale storyline with QB1 scoring touchdowns on his first two red zone drives. Those were the good days – before the reality set in. The Panthers went on to lose the next five games and the honeymoon phase was over.

Whether or not Newton ran through the tunnel at Bank of America Stadium as the starting quarterback of the Panthers for the last time on Sunday remains to be seen. Television broadcasts highlighted Newton on the sideline looking quite pensive as the game came to a close and his career stats in Carolina flashed across the screen. After the game, Vashti Hurt of Carolina Blitz asked Newton if he was reflective and he gave quite the answer. To chop his response up would not do justice to the authenticity of the moment.