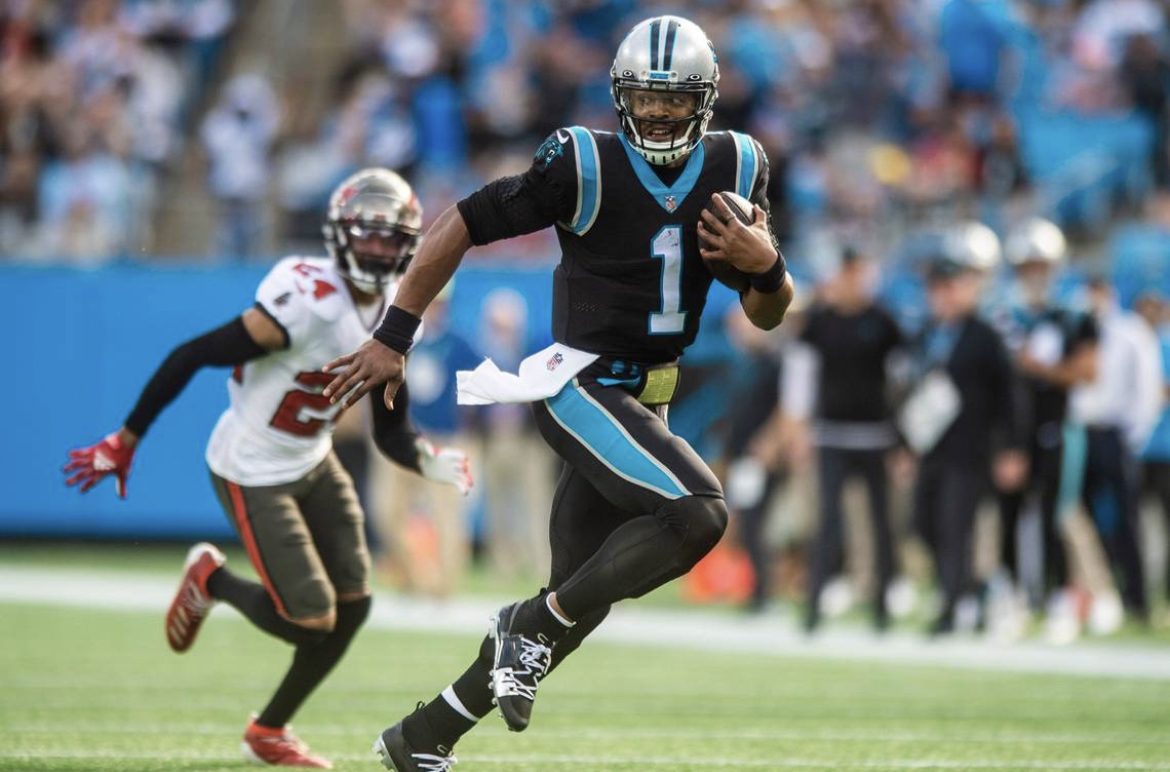 It was a busy week for the NFL as COVID outbreaks spread throughout the league causing rescheduled games and reshuffled rosters. The Carolina Panthers decided to get in on the fun and announce that Sam Darnold was being activated from Injured Reserve and would get playing time as the team prepared to host the Tampa Bay Buccaneers in the final home game of the season. The news was met with both confusion and jeering from local media to mainstream pundits – Skip Bayless called the team “a clown show.” After being shut out last week in primetime by NFC South rival New Orleans, the Bucs were more than ready to punch their ticket to the show.

Allowing an average of 294 yards per season, Carolina’s defense held the key to any semblance of hope to an upset. It started out well enough with the Bucs failing to score on their opening drive. The Panthers are the only team in the league to not allow a touchdown on the opposing team’s first drive – that’s the silver lining we’re going to cling to. In what could possibly his last home game as the starting quarterback for the Panthers, Cam Newton led Carolina down the field in their opening drive, rushing for 33 yards down to the 11-yard line. Unable to hit pay dirt, the Panthers settled for a 24 yard field goal by Lirim Hajrullahu for the first points of the game. The Bucs responded by scoring on their next five possessions.

A 55-yard touchdown run by Ke’Shawn Vaughn was the Bucs’ longest run of the season and put Tampa Bay on top 7-3 with 4:13 left in the first quarter. On Carolina’s next possession, Newton’s pass was tipped by Shaq Barrett and  intercepted by Jordan Whitehead 1:41 left in the quarter. The turnover led to a 36 yard field goal by Ryan Succop and a 10-3 Tampa Bay lead with 10:54 to play in the half. Sam Darnold entered the game on the next series to a chorus of “boos” from the crowd. A distressed heave into the air played into Carolina’s favor as Shi Smith hauled in the 63 yard pass down to the Bucs’ 10 yard line. Newton re-entered the game for two snaps before Darnold came back and was sacked on third-and-goal from the 8 yard line. Hajrullahu connected on a 29-yard field goal to bring the Panthers within four points with 7:20 left in the half. Succop added a 43-yard field goal, and on their next possession, Brady hooked up with Cyril Grayson on a 62 yard pass to set up the Bucs’ next score. Tight end Cameron Brate was wide open for a 4 yard touchdown. A neutral zone infraction by cornerback CJ Henderson moved the ball to the 1 yard line, tempting the Bucs to try for the 2-point conversion. The attempt failed and the Bucs took a 19-6 lead into halftime.

The Panthers started the second half off with a 10 yard holding penalty on the kickoff return and was indicative of how the second half would go. Newton was back under center for the first two series of the half before Darnold took the rest of the afternoon’s snaps. To add insult to injury, literally, the Panthers lost starting cornerback Stephon Gilmore to a groin injury with 9:46 left in the third quarter. Succop added field goals of 21 and 48 yards and Ronald Jones II added a 7 yard rushing touchdown. Tampa Bay led 32-6 with 7:59 left in the game and that would end up being the final score.

Tampa Bay boasts one of – if not the best – defensive lines in the league so it was expected to be a long afternoon for the Panthers’ beleaguered offensive line. Newton and Darnold were sacked seven times while Brady was upright for the entirety of the game. Brady finished 18-of-30 for 232 yards and one touchdown. Newton finished 7-of-13 for 61 yards and one interception but added 42 rushing yards as the team’s leading rusher before leaving the game in the third quarter. Darnold finished 15-of-32 for 190 yards and a 65.9 rating. Antonio Brown led all receivers with 101 yards on ten catches while Vaughn and Jones added 70 and 65 yards on the ground, respectively, along with a touchdown each. The Bucs amassed 391 yards and were 50% in third down conversions. They improve to 11-4 as they chase the NFC top seed. The Panthers fall to 5-10, 2-2 in the division. They travel to New Orleans next week before closing out the season at Tampa Bay.