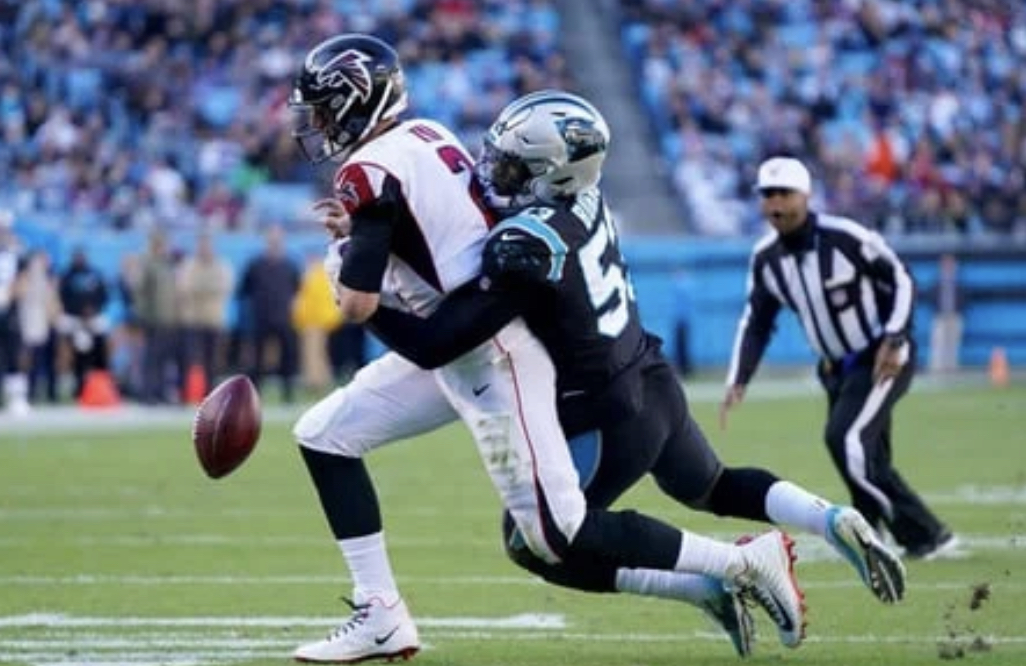 The Carolina Panthers don’t look to be playing beyond January 9th; but defensive end Brian Burns will have one more game on his schedule. The 2019 first round draft pick was named to the 2022 Pro Bowl – the first of his career. The game will be played on February 6 in Las Vegas.

With three games remaining, Burns has already matched his career-high of 9 sacks. He has 25.5 career sacks and six strip sacks – ranking him at the top of the 2019 draft class. Burns also ranks second in the class in quarterback hits with 54. Only Panther great Julius Peppers has more sacks through his first 45 games for Carolina.

Impressive stats, but Burn does not lead this season’s team in sacks – that distinction belongs to Haason Reddick who has 11 sacks in his first season with the Panthers. Reddick was named a first alternate after leading all NFC outside linebackers in fan voting. The fan vote counts as a third of the final vote with coaches and players making up a third each. Reddick is fourth in the league since the 2020 season with 23.5 sacks. Cornerback Stephon Gilmore was named a first alternate as well having snagged two interceptions in the seven games he has played this season.