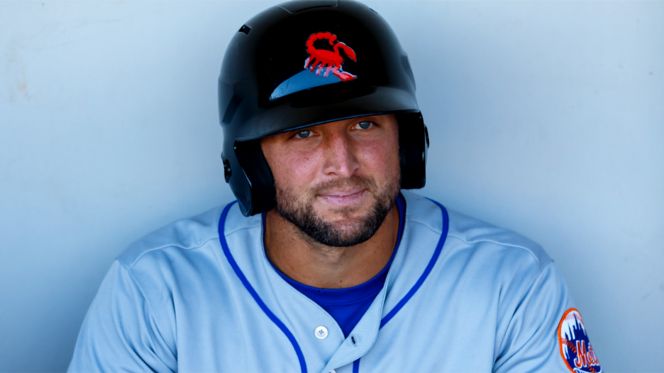 New York Mets outfielder Tim Tebow left Monday’s Arizona Fall League game in the bottom of the fourth inning with a right knee injury after attempting to steal second base.

Tebow reached base on a fielder’s choice but on an attempt to steal second he slid awkwardly and was immediately thrown out by Orioles catcher Austin Wynns. Tebow got up holding his right knee and walked off on his own power and was replaced in left field by Phillies’ Aaron Brown.

The Mets said after Monday’s game Tebow’s injury is minor and he is day-to-day and the Mets nor Scottsdale Scorpions have said if an X-ray/MRI examination will be required.

Tebow returned to action for the Scottsdale Scorpions after performing his weekend college football broadcasting duties for ESPN.

The former Heisman Trophy winner made his transition to baseball Sept. 28th and in 10 AFL games he is hitting .147 (5-for-34) with a double, two runs scored and an RBI in 10 AFL games.