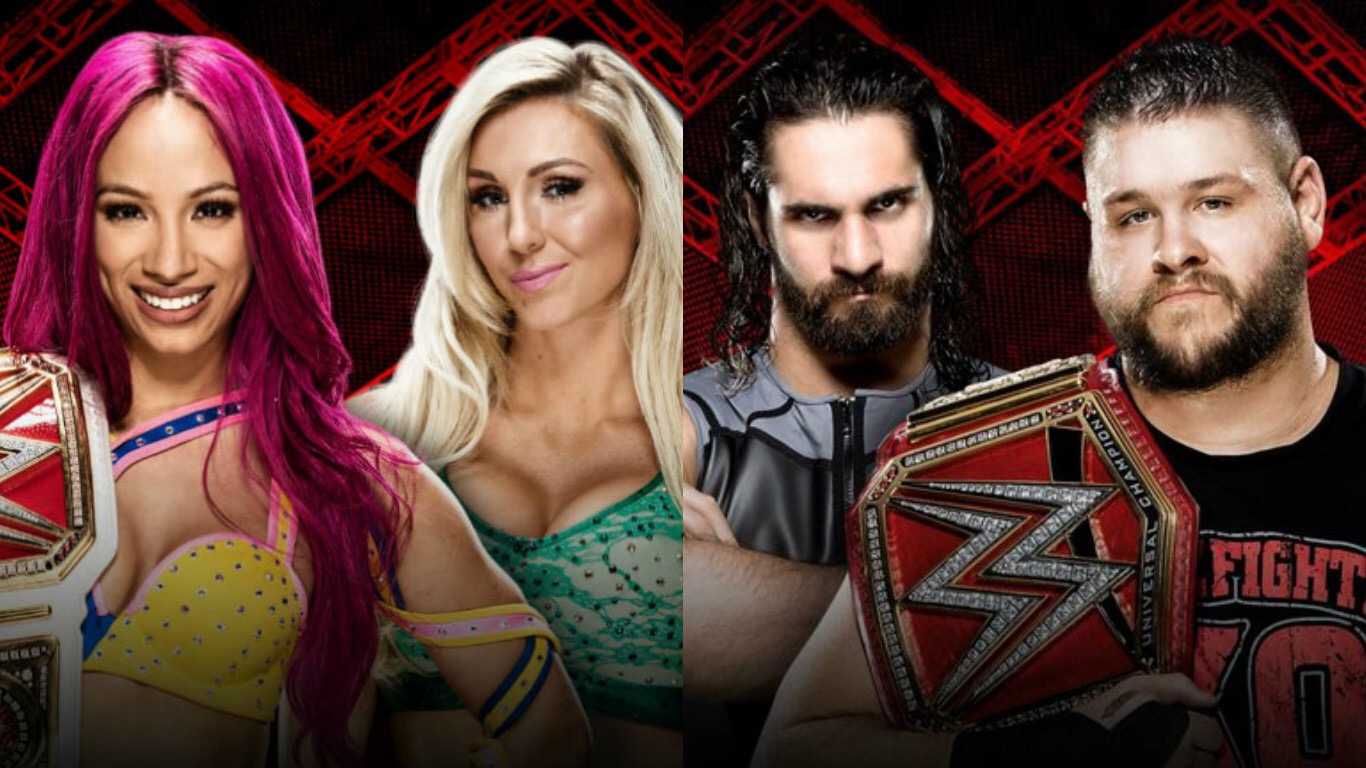 On Sunday night at the Hell In A Cell pay-per- view, events changed the current landscape of the WWE and in the process made history as well, I will provide the three most significant matches on the card as well as the results.

In wrestling, it is impossible as fans to see something new or innovative that has never been done before because wrestling has existed for years. However, history was made last night both Sasha Banks and Charlotte Flair were involved in the main event in a Hell In A Cell match. This has never happened before at this magnitude, especially at a pay-per- view.

I have to give the WWE respect because the entrances of both women were legendary and it just added to the anticipation of the match. Charlotte was carried out like a queen of the ring on by men that were dressed in gladiator uniforms. Then it was only right to have “The Boss” come out last and she arrived in her hometown in style in an Escalade.

I thought that the beginning of the match was booked perfectly; Charlotte decided to attack Banks out of nowhere before the unforgiving structure came down. These two rivals battled on the outside, the fought into the crowd and then at ringside. Then they both fought on the side of the cell. Charlotte came down the cell, but Sasha still hanged onto the Cell itself, Charlotte then connected with a Powerbomb through the announce table.

Sasha Banks deserved to receive an Oscar award for selling the performance, which was absolutely incredible.  The match looked like it was going to be called off as The Boss was carried out on a stretcher. As soon as Jojo the ring announcer began to announce Charlotte as the new RAW Women’s Champion via forfeit. Banks all of sudden just snapped, she took out everybody and she entered the cell to officially start the match.

Sasha Banks fought off of adrenaline as momentum was constantly shifting back and forth. Sasha Banks used suicide dives, shots of steel chairs, and multiple running knee attacks on Charlotte against the cell.

Banks decided to set up a table in the corner and after she attempted to Powerbomb Charlotte through it, The Boss’ back gave out after all the damage she suffered through. Charlotte got her second wind she snapped by throwing Banks into the table multiple times. Then the final blow was when Charlotte connected with Natural Selection for the victory. Charlotte created history once again, as she has now won 14 straight pay-per-view title matches and now a three-time WWE Women’s Champion.

Often when your friend is in trouble friends help each other out, and that is what happened with Kevin Owens, as he got assistance from his best friend Chris Jericho. Seth Rollins put up a valiant effort, but the numbers game was not on his side. Kevin Owens managed to use his intelligence in order to do anything in his power in order to retain his Universal Championship. Therefore Owens blasted one of the referees in the face with a fire extinguisher. This was the perfect opportunity for Jericho to make his presence known. Jericho made his way inside the cell door while it was briefly open, he locked himself inside and he had the key of the cell in his pocket.

Rollins quickly fought off Jericho, he sent him crashing into the Cell wall. There was an amazing spot in the match where Owens stacked tables on top of each other. Rollins had different plans when he decided to deliver a vicious Powerbomb through the pair of tables.  Then the finishing sequence of the match had Owens connected with a deadly Powerbomb through two steel chairs. Owens managed to escape with his WWE Universal Championship and Rollins was once again screwed out of the title.

Luke Gallows and Karl Anderson seem to be headed in the right direction after months of being stuck creative and taking too many losses. They took on one of the hottest tag teams; currently in the WWE because they are very popular with the fans as they constantly get the loudest crowd reaction.

Both Enzo and Big Cass had momentum early on in the match with their unique double team moves on Gallows and Anderson. However, Gallows and Anderson utilized their tag team experience to their advantage and they isolated Enzo Amore. It was a two on one attack on Enzo Amore, Anderson and Gallows were able to hit the Magic Killer for the win which is just too sweet. Hopefully, this marks a start of a success for both Anderson and Gallows with a series of wins, which should lead to a shot at the WWE.

Overall I thought this pay-per- view was an average at best a 7 out of 10 I did enjoy all the matches but I the order of the matches was weird because I thought Rollins and Owens should have been before the main event. I thought that Sasha Banks losing her Women’s Championship did not make any sense to me having her win the title twice and lose it in a 2 month period at pay-per-views.

Hell In A Cell Results:

Cedric Alexander got the win for his team on Gulak when he connected the Lumbar Check (double knee backstabber) for the win.

Roman Reigns defeated Rusev via a spear off the steel steps and he retained his US Championship.

Brian Kendrick defeated TJ Perkins as he fell victim to the Captain’s Hook to become the new WWE Cruiserweight Champion.