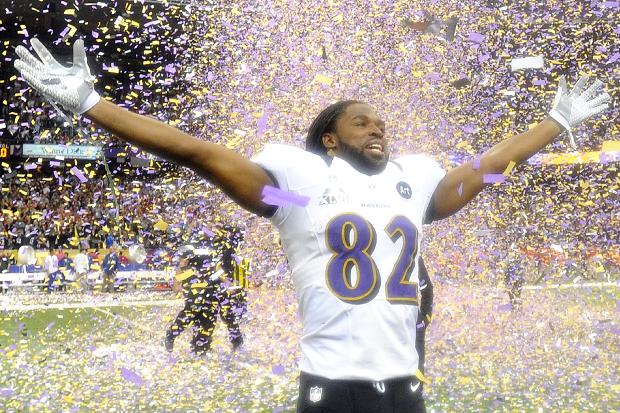 Torrey Smith, drafted by the Ravens

In the second round of the 2011 NFL draft, Ozzie Newsome and the Baltimore Ravens drafted Wide-Receiver Torrey Smith out of the University of Maryland. Smith was an excellent weapon for the franchise quarterback Joe Flacco. Flacco who the Ravens drafted because of his strong arm, now has a receiver who posed as a downfield threat to opposing defenses. Torrey Smith went on to become of the most dangerous receivers in the history of the Ravens during his four-year tenure. He caught 213 passes for 3,591 yards and 30 TDs. Smith, a free agent after the 2014 season, signed a 5-year deal with the San Francisco 49ers. After two seasons, he and the 49ers agreed to mutually part ways making him a free agent.

Not the Same Torrey

Smith was not the same receiver in San Francisco. In two years, he failed to post more than 700 yards receiving. The 49ers also lacked consistency at the quarterback position. In 2015, Smith caught 33 passes for 663 yards and four touchdowns. 2016 was worse, he caught 20 passes for 267 yards and three touchdowns.

Baltimore knows that is not the Torrey Smith that was drafted out of Maryland at number 58 overall in 2011. In Baltimore, Smith’s best season was 2013 when he caught 65 passes for 1,128 yards.

How does Smith describe his time in San Francisco? “Last few years were terrible professionally, you know? Football, it wasn’t fun,” he told CSN Mid-Atlantic on Tuesday. “Wasn’t very involved, so it wasn’t a fun two years as a player, but had some great relationships with a lot of people out there.

The city of Baltimore loves Torrey Smith. Not only is he a playmaker on the field, but he is known for his community service. Even after joining the 49ers he continued hosting the Torrey Smith Foundation Charity Basketball game in Baltimore. During this game, the foundation gives away scholarships in honor of Smith’s late brother Tevin. Tevin died in an accident the night before a primetime game against the rival New England Patriots. Smith decided to honor his brother by going out and playing. While playing with a heavy heart, Smith made younger brother Tevin proud catching 6 passes for 127 yards and 2 TDs.

There are reports that say Smith will either come back to Baltimore or go to Philadelphia. However, when you think about the connection that he and Flacco had, it would be great to see him back in purple. Need a reminder? Just remember the game-winning pass on November 6, 2011. 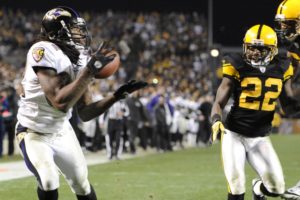