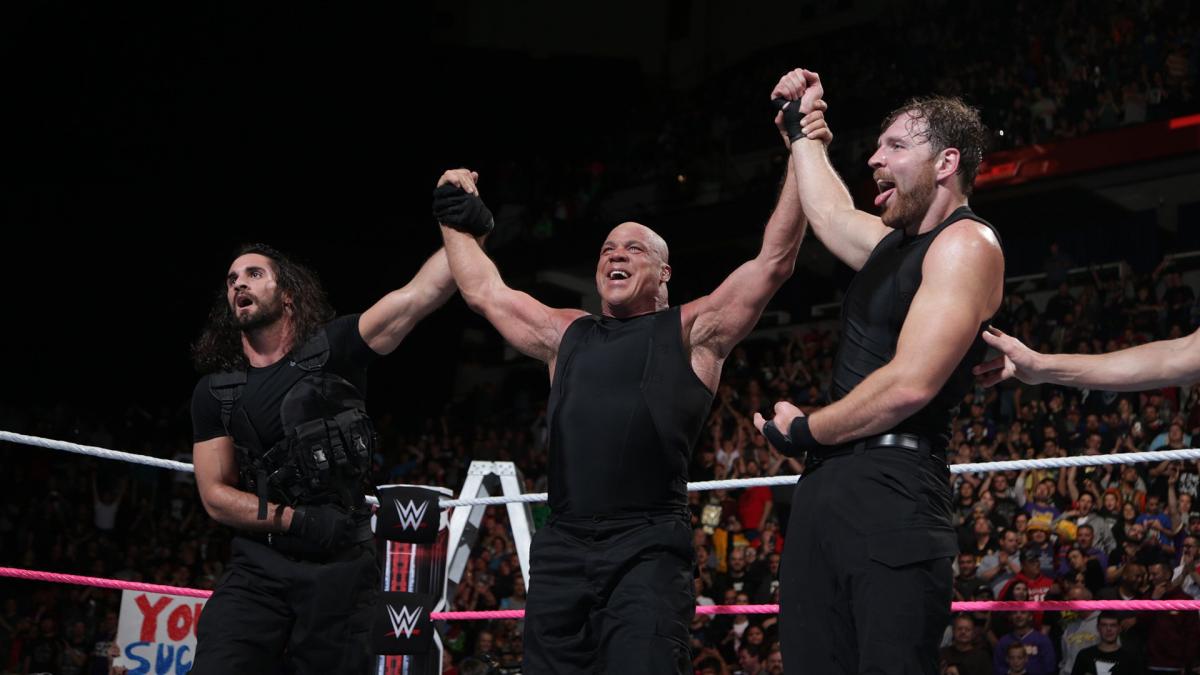 Last night, Tables Ladders Chairs took place and the WWE had to improvise as they made some last-minute changes in order to save the pay-per-view from being a disaster. Therefore, here are my overall thoughts on this action-packed show.

The main event was a really great match it was booked perfectly. It was a smart move from the company gave Kurt Angle The Shield vest to hide his body figure on such short notice. The match was very long but it kept the fans on the edge of their seats. There were many highlights throughout the match, such as when Ambrose and Rollins climbed up the ladders they launched themselves onto both Kane and Strowman through the announcer’s table.

Eventually, Strowman recovered and he gave Angle a Powerslam through a table that took Angle out for the majority of the match. The action would continue outside of the ring and the Miz called for a garbage truck and they decided to put Ambrose and Rollins inside. However, Ambrose and Rollins decided to fight and they connected with the cross body and took everybody out.

All of a sudden, Kane snapped he took out Strowman with a steel chair. This was followed by a Chokeslam from Kane to Strowman through the stage. Kane wasn’t done he pulled on one steel chair on the set and ten chairs came crashing down on him. Then, his team turned on him and they put Strowman inside of a garbage truck. Angle’s music hit and then he cleaned house as he hit multiple German Suplexes to everybody. The finishing sequence of the match had Ambrose, Rollins, and Angle hit a triple Powerbomb. The unlikely trio of Ambrose Rollins and Angle were victorious in this contest.

This was a dream match that everybody was waiting for between AJ Styles against Finn Balor. Fans that were familiar with New Japan know the significance of this match. Due to the fact that both men were involved in the Bullet Club. This faction has changed the way fans look at wrestling from a global perspective.

Styles deserves a lot of respect because prior to this match he traveled 18 hours on a tour for SmackDown Live from Chile. It was the first time that these two finally met inside of a WWE ring therefore, the fans knew they would be in for something special. It was an action pace match that went back-and-forth with plenty of momentum swings. However, AJ Styles missed the 450 Splash then Balor capitalized with a running dropkick that was followed by Coup de Grâce double foot stomp for the win.

Mickie James put it on the line as she took on the goddess Alexa Bliss the RAW Women’s Champion. It was a physical encounter between both women. There is a reoccurring theme every time that Bliss looks like she will lose a title she always finds a way to retain it. Bliss smashed James face-first into the turnbuckle this was followed by a DDT.

Overall for a pay-per-view regardless of the last minute changes, it delivered on all levels and I would give it an eight out of ten. It just proves that under any circumstances the shows must go on.

Jason Jordan defeated Elias via a roll up