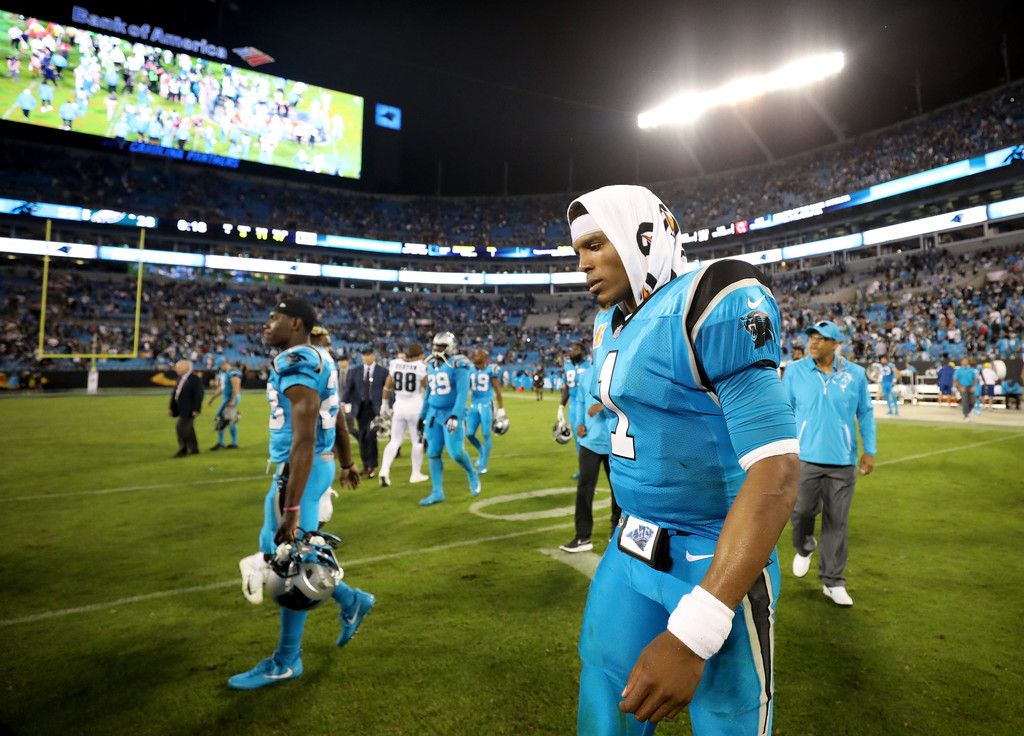 The Panthers came into Chicago hoping to rebound after their loss to the Eagles. However, they defeated themselves against the Bears.

CHICAGO — Bears Quarterback Mitch Trubisky didn’t have to lift a finger to get a victory against the Panthers today. He can thank his opponent, specifically the Carolina offense, for the win. Though Cam Newton had a stellar day completing 21 of his 34 pass attempts for 211 yards. His two interceptions and single fumble sealed the fate of the Panthers.

“Disappointed,” Carolina’s head coach Ron Rivera said after the 17-3 loss. “It came down to three plays. This game was won by the team that made those three plays.”

Rivera is referring to the two defensive touchdowns by the Bears. Chicago gathered a fumbled ball and returned it to the end zone. In addition, the Bears picked off Newton and scored an easy touchdown.

Numbers can sometimes be misleading:

Chicago’s offense was nearly nonexistent as their rookie quarterback had only seven pass attempts and completed four of them for 107 yards. Carolina stats were superior to the Bears, however, the final score is what matters. The Panthers owned the time of possession with a 17-minute advantage. They had a total of 20 first downs and went 6-15 on 3rd downs. Also, Carolina had 293 yards compared to Chicago’s 153 yards.

Nevertheless, going the complete length of the field several times Newton couldn’t get his team in the rectangle at the end of the field.

“Disappointed,” Newton said. “It’s no excuse not to come in and find a way to win this football game (we) squandered that opportunity. But, I’m not feeling sorry for myself, nor am I expecting anybody else to.”

Inside the Locker Room:

Every player admitted they are frustrated and disappointed with their performance or lack thereof. They knew they defeated themselves and gave the Bears all of their points. Trusbisky led his team to the red zone once and the Panthers defense prevented them from scoring a touchdown. However, that didn’t matter because the Panthers offense never saw the end-zone. Christian McCaffrey is ready to put this game behind him.

“We’re ready for next week. I think we’re hungry,” the rookie running back said. “This is NFL football it’s not easy to win you gotta bring it every week. We didn’t play as well as we needed to.”

The Panthers will regroup in Charlotte before heading off to Tampa Bay. All of the teams in the NFC South loss today with the exception of the New Orleans Saints. Now they are leading the division that seems to be going nowhere fast. However, it’s only Week 7 and perhaps the Panthers can take this loss and turn it into something positive. If not, this will quickly become another season of false hope.